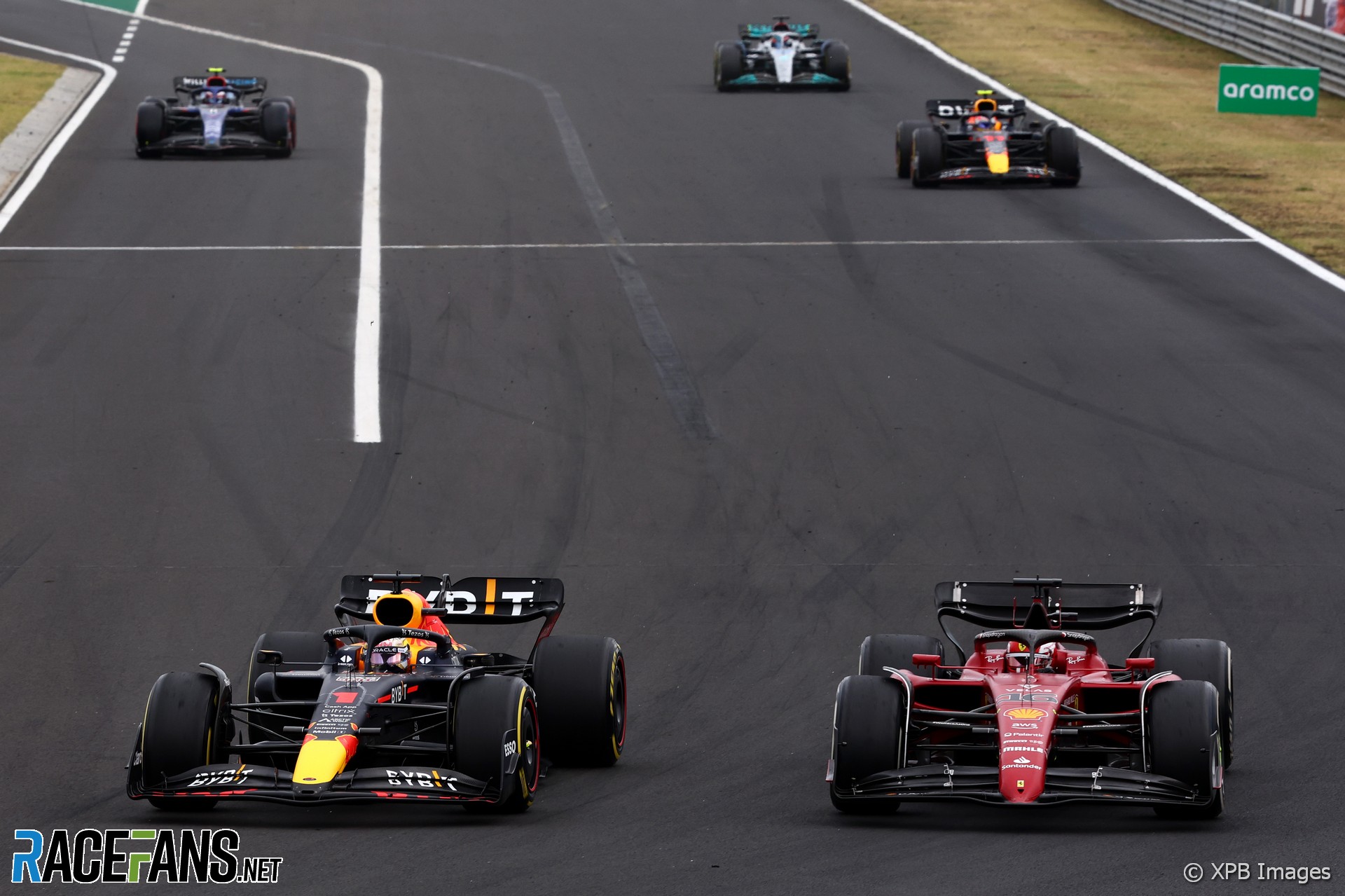 The Red Bull driver rose from 10th on the grid to win today’s race. He passed championship rival Charles Leclerc twice after the Ferrari driver switched to the hard tyre compound for the final stint.

Ferrari team principal Mattia Binotto said the team lacked performance in the race which would have compromised their bid for victory regardless of their strategy. However Leclerc said they made a mistake by bringing him into the pits too soon in reaction to Verstappen’s second pit stop, and fitting the hard tyres.

Verstappen said “choosing the right tyres at the right time” was key to victory today.

“Of course, we know that our car in general is quick, but I think throughout the race Ferrari was also very fast, they just made the wrong call with the hard tyre,” he explained. “So there’s still a lot of things we can look into, what we can do better.”

Despite scoring a victory from 10th on the grid at a track where overtaking is notoriously difficult, Verstappen said the team can still find room for improvement.

“Starting 10th and winning the race on a track like this is, of course, very, very good,” he said. “But there are a lot of things we will analyse and look into what we could have done better.

“There are always a few areas what we could have done better. But overall, of course, I’m very happy with today.”

Red Bull need to keep working on their car to ensure they remain competitive when the championship resumes after the summer break at Spa-Francorchamps, said Verstappen.

“We just keep on working, keep on trying to improve the car because I think there’s still a few areas where we can work on to do better. After the break we have a few races which are a bit different to this track as well, so it will be interesting to see how competitive we’re going to be there.”