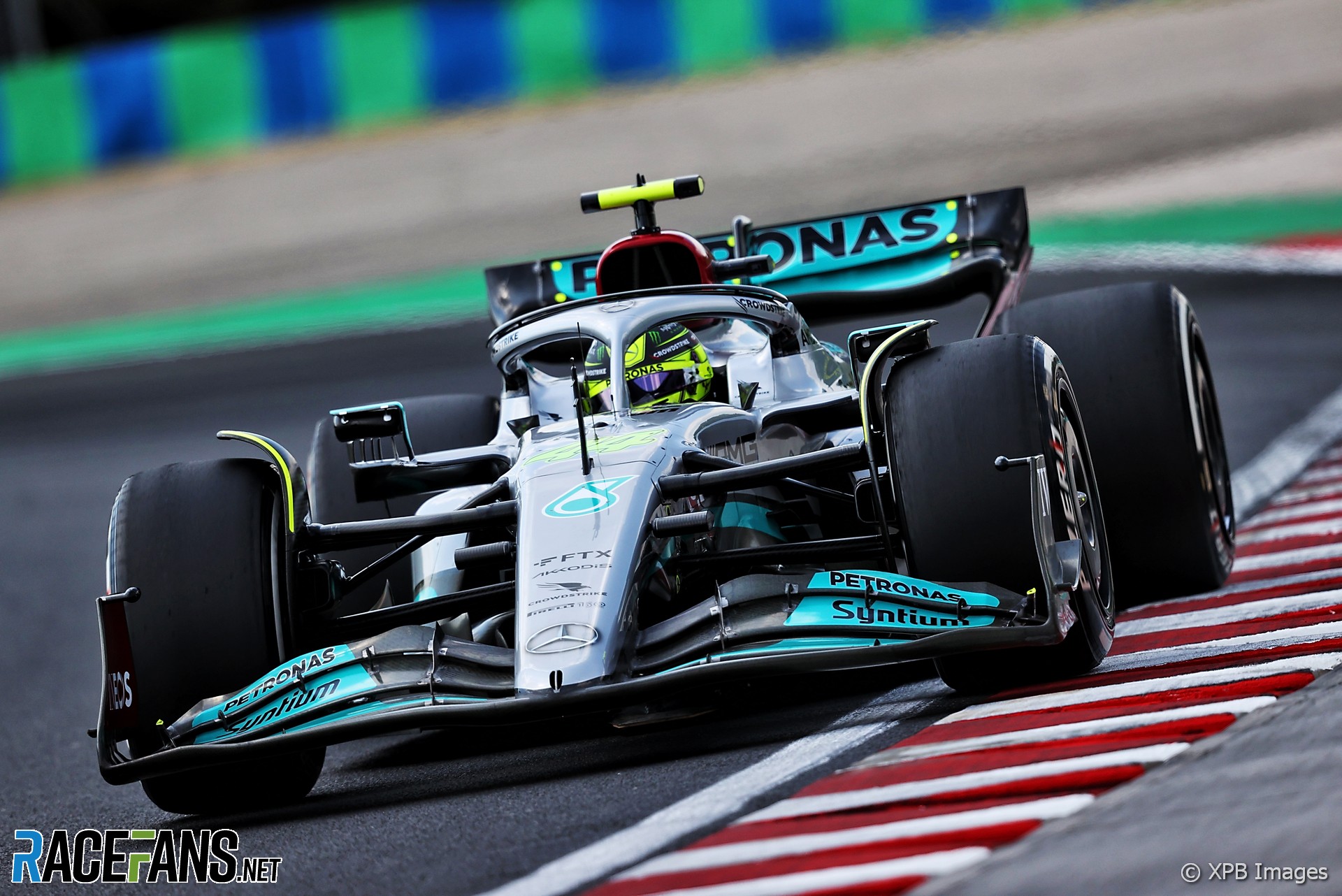 Lewis Hamilton expects a difficult weekend for Mercedes after cutting his race simulation run short in practice due to damage.

Mercedes endured a difficult start to the Hungarian Grand Prix weekend on Friday. They were only the sixth-fastest team at the end of the day’s two practice sessions.

“The car’s a bit of a struggle today,” said Hamilton in an interview supplied by Mercedes. “It’s crazy how it swings so much from track to track.”

The team were “just trying to figure out how we can get the car working” around the twisty Hungaroring, he said. “At the moment it’s a little bit loose and not doing what we want it to do. So a difficult day.”

“For some reason, at this track, it’s not working as well. But I think once we got it right the gap’s about the same as last weekend so around a second.”

Hamilton described his car’s handling as “unstable” twice on his radio during the session. He eventually cut his race simulation run short and later revealed he had picked up damage on his W13.

“I didn’t get to run at the end because I sustained some damage on my floor so I lost a lot of downforce,” he said. “After that it was pretty tricky for the long-run pace. It’s going to be a tough weekend but we’ll give it everything, see what we’ve got.”

Russell said it was “definitely not our smoothest Friday so far” for the team which scored its best result of the season to date in France a week ago.

He encountered problems with high power unit temperatures in both sessions. However the coming days are expected to be much cooler, which should help the team reduce overheating, and rain is forecast throughout Saturday.

“It’s a bit of a strange one because we think it’s going to be wet tomorrow for quali and conditions on Sunday are going to be drastically different.

“So we were trying quite a few things with the car, using it as a bit of a test session because, to be honest, you can try and optimise everything today, but there’s no use of that at all for the rest of the weekend. So even though it’s a very tough day, I think it’s probably being a productive one.”

Nonetheless Russell said the team “were definitely a little bit further away than we probably would have expected.”

“A couple of issues here and there, but I think tomorrow it’s going to be a totally new day and Sunday will also be a very different day,” he concluded. “So not all lost yet.”