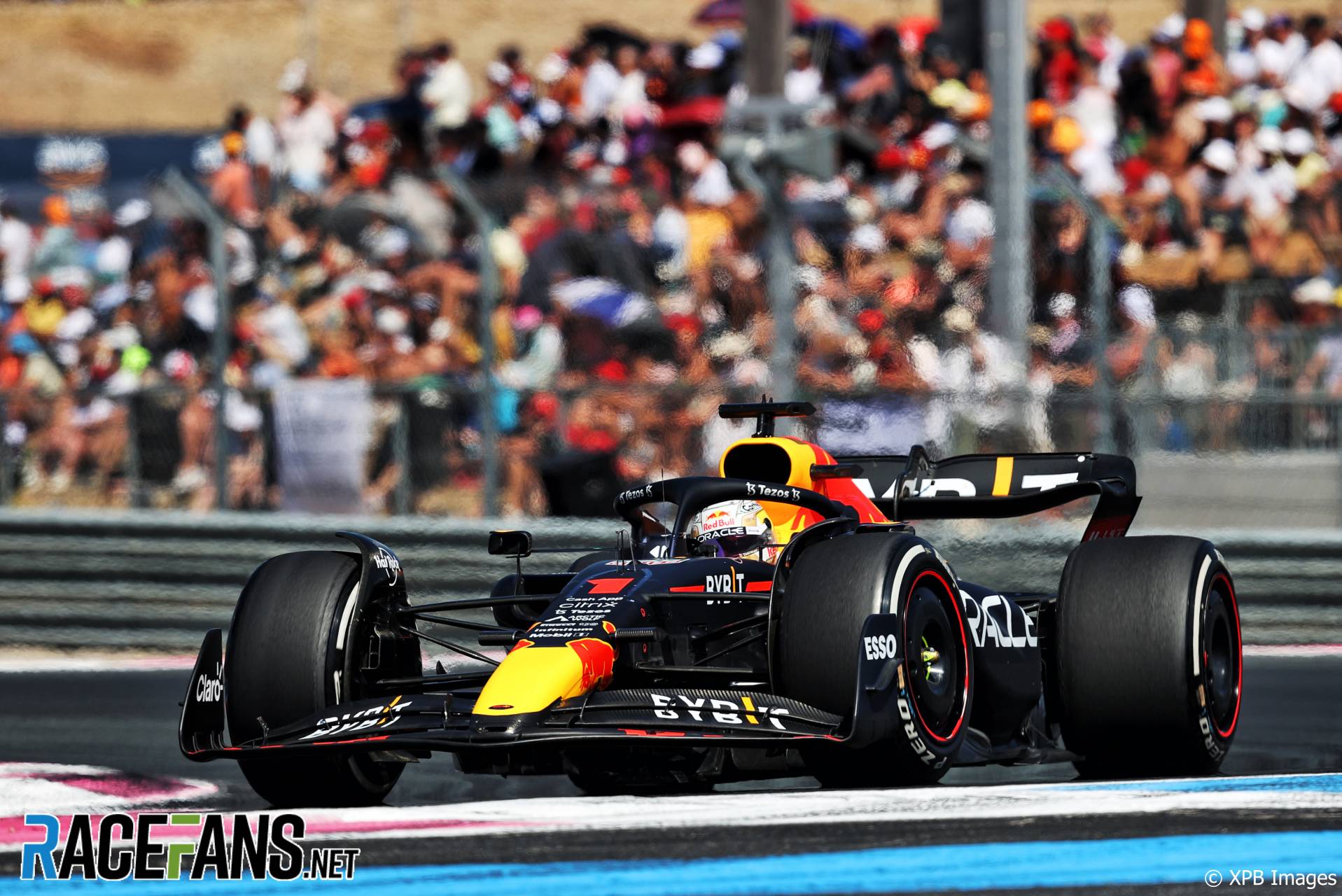 In the round-up: Porsche is taking its first steps to joining forces with Red Bull’s Formula 1 operation.

Show which drivers and teams you are supporting

Which F1 drivers and teams are you supporting this season? Here's how you can show your support for your favourite on the grid on RaceFans:

The first details of Porsche’s moves to buy into Red Bull’s Formula 1 operation have emerged.

The company indicated in May it intends to enter F1 in 2026, to coincide with the introduction of new engine regulations. These are yet to be finalised, and the recent replacement of former CEO Herbert Diess with Oliver Blume prompted speculation of a change of direction by Porsche.

However new documents released by Morocco’s Conseil de la Concurrence (Competition Council) show Porsche is in the process of buying 50% of the shares in Red Bull Technology, which manufacturers the F1 team’s chassis.

The scope of a final deal is likely to go much further than this, and include Red Bull’s junior team AlphaTauri which is also supplied by its technology division. However the latest disclosure indicates the wheels are in motion for Porsche to return to F1 for the first time in over three decades.

Szafnauer: “more to come” for close racing from 2022 rules

Alpine team principal Otmar Szafnauer said that the team was “reasonably satisfied” with the first half of 2022 but believes there was more to come from both the new regulations and its performance.

“Coming into the year, there was a sense of heading into the unknown with the change of regulations, different looking cars and the ambition of harder and closer racing on-track,” said Szafnauer. “I think there’s more to come in terms of achieving the ultimate objective of wheel-to-wheel racing, corner after corner, but, we’ve seen some excellent races at the majority of grand prix.

“In terms of our performance, we’re in a strong position to achieve our season aim of being fourth place in the constructors’ championship. Regularly, we are the fourth-fastest car, even if we have not extracted or shown that potential as much as we’d have liked.”

Euroformula Open driver Christian Mansell will take over the number 15 Charouz Racing System F3 car this weekend in Budapest. The car has previously been driven by Ayrton Simmons, David Schumacher, Lirim Zendeli and Zdeněk Chovanec over the course of the season so far.

Charouz confirmed Mansell will also contest the Spa round for them, following the summer break. Mansell is currently second in the Euroformula Open standings behind Oliver Goethe, who will also make his F3 debut this weekend. The Australian driver is not related to 1992 F1 world champion Nigel Mansell.

Jaguar Land Rover has developed two systems for its hybrid cars that use Formula E-style braking techniques to extend range and manage electrical power better. Modelled on the way that FE drivers lift and coast before cornering, the systems use GPS data and road information to help manage energy usage when approaching stopping points such as traffic lights.

Predictive Energy Optimisation software in plug-in hybrids will manage the systems for the driver to minimise energy usage before braking or coming to a halt. Eco Coach, in milder hybrid models, will prompt drivers when to lift and coast ahead of a braking event, optimising efficiency. Predictive Energy Optimisation offers potential efficiency gains of as much as 10%, says Jaguar.

South Florida Motorsport, the promoter of this year’s inaugural Miami Grand Prix, has released an estimate that the event contributed $350 million (£287.9m) to the local economy.

Russell: Mercedes driver on Hamilton, memes and the future (BBC)

"Is Russell saying bouncing might have been a cause or contributory factor to Leclerc crashing out from the lead in his Ferrari? 'Well, it's not going to help.'"

F2 and 3 have 'long term' commitment to Australian GP (Speedcafe)

'It’s a long-term contract, like for Formula 1,' Michel told Speedcafe.com when asked if 2023 was set to be a one off or trial appearance. 'I don’t know if you can say 2035 but as I said, it’s a long-term commitment.'

At the start of your save, your initial budget will differ, depending on the team you take over. Generally, the higher your team finished in the 2021 constructors championship, the more money you will begin with.

After the #FrenchGP I was stuck in this bottle neck for 45 minutes, people fainting, people being pulled out of the crowd by helpful strangers! No organisation, no security, a few people told the police very close by, they laughed! See other video @F1 @LewisHamilton #GPFranceF1 pic.twitter.com/pkdE0Nzk6u

F1 is officially in town. First time seeing 2022 car in the metal and it is HENCH. Feel like the Dodge Ram delivery truck isn’t very on brand though? pic.twitter.com/gmFIDp8nE0

a fan asked carlos sainz to sign his barcelona shirt and he went “no, im not signing this” 😭 pic.twitter.com/WF6D4ndvf6

With Ferrari’s championship hopes fading, Tifoso 1989 says that thoughts about the long game have to be abandoned for Hungary success – and a boost of hope for the Tifosi:

Theoretically speaking, Hungaroring should be another Monaco track for Ferrari pace wise where Red Bull have no business finishing on the front row in both qualifying and race. Technically speaking, reliability will be a concern for Ferrari not only due to hot temperatures but to the fact that Hungaroring is one of hardest circuits on fuel.

Ferrari failures in both Spain and Baku were due to the high fuel consumption nature of both circuits. Ferrari are using a three-way ignition system. A pre-ignition, a proper ignition and a post ignition phase to cool the cylinder that have been reduced in order to save fuel which caused the poppet valves to overheat and fail.

Binotto should tell all his team to forget about both championships. The only objective from now on is to learn how to maximize the weekend points, period. They need to well prepare their weekend and like Sainz said “stop inventing”. If they will manage to attack every weekend with a target in mind that must be achieved, it will surely pay dividend in the long terms. I just hope that Ferrari will concentrate on their own race and keep in mind that track position is king in Hungaroring unless the tyre advantage is huge.

I personally think that Ferrari are really dysfunctional in terms of racing operations which is depressing not only for the their fans but for the rest of the team in factory that have managed to deliver the F1-75 which is currently the best all around car.

Apart from Spa and Monza and the race where Charles will have a PU change. Ferrari are capable to deliver one-twos in all the remaining races. I think Spa is a good race to serve a PU penalty because of the nature of circuit where overtaking is not difficult when the delta between cars is important and also because Red Bull are going to run away with it anyway.
@Tifoso1989