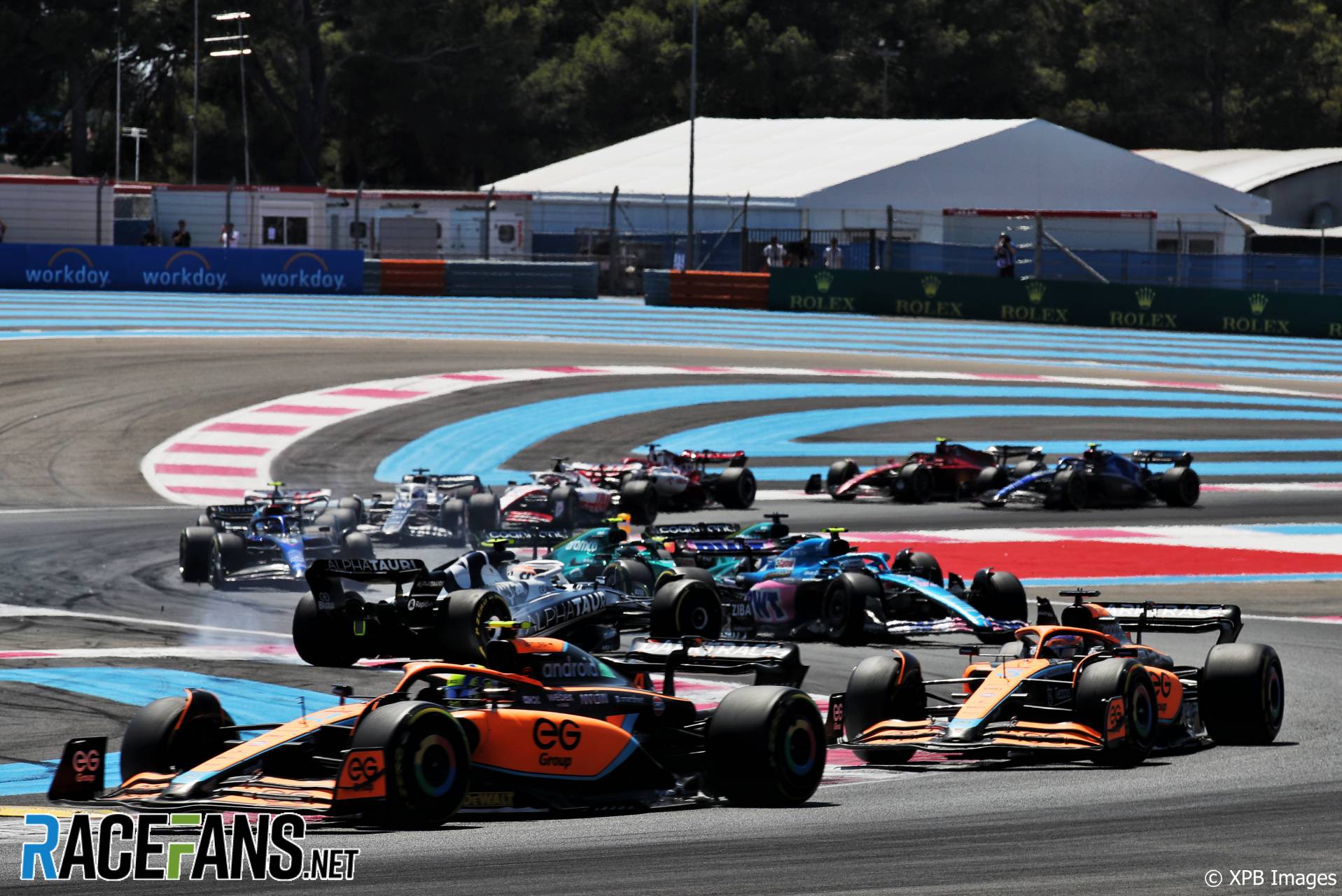 McLaren team principal Andreas Seidl said the team will take a close look at why its drivers are finding it difficult to perform consistently strong starts.

Lando Norris lost two places at the start of the French Grand Prix, costing him the benefit of a strong qualifying position.

The driver said he had “a bit of wheelspin” which cost him places to George Russell and Fernando Alonso. However he doubts he would have finished better than he did if he had got away cleanly.

“I don’t think it changed our race in any way. Fernando still would have passed me.”

“I think we achieved everything we should have done, could have done today,” he added. “It’s frustrating because I guess after [qualifying] hopes were just pushed up a little bit.

“It was more because I just did a very, very good lap, to be in the middle of Mercedes and they showed they can almost race for a win. It shows the differences between people’s paces in quali and races. And for whatever reason, we maybe show a bit more pace in quali.”

The shortcomings of the MCL36 can be overcome more easily in qualifying trim, Norris explained. “The new tyres, low fuel hides a lot of our issues and problems and as soon as we get into high fuel, old tyres just all those issues are exposed and we’re just quite slow.”

However he is convinced the new parts McLaren brought to the last race improved the car’s performance. “We’re still looking toward the updates and upgrades,” he said, “and I think a lot of them are still positive. We would have been even slower, in an even worse position [in qualifying] if we didn’t have the updates. So I think there’s a lot of positives and we move forward.

“It’s just Alpine are and have been all season much quicker than us. They’ve made a lot more mistakes all season and we’ve done a very good job with a lot of things to be ahead. So now being behind them, it’s just more realistic and where we, we deserve to be with the car, we have.”

Seidl believes starts are an area where the team can make gains. “Overall our starts are a bit more inconsistent this year compared to previous years,” he said. Norris “had one of the worse starts” at Paul Ricard, Seidl continued, “so we need to analyse what happened exactly.”

Although Seidl doesn’t believe there is a “general trend” for McLaren to be quicker on Saturday than Sunday, he agreed that was the case in the hot race day temperatures at Paul Ricard.

“At this track, with these characteristics, with these ambient conditions as well and with the tyres we had from Pirelli, together with the new package and how we set it up in the limited time we had Friday and Saturday morning, it definitely looked like us being stronger in terms of pecking order on one lap than in the race.

“That’s something we have to analyse in the next days and see how we can get the best out of the car we’re having for both days.”