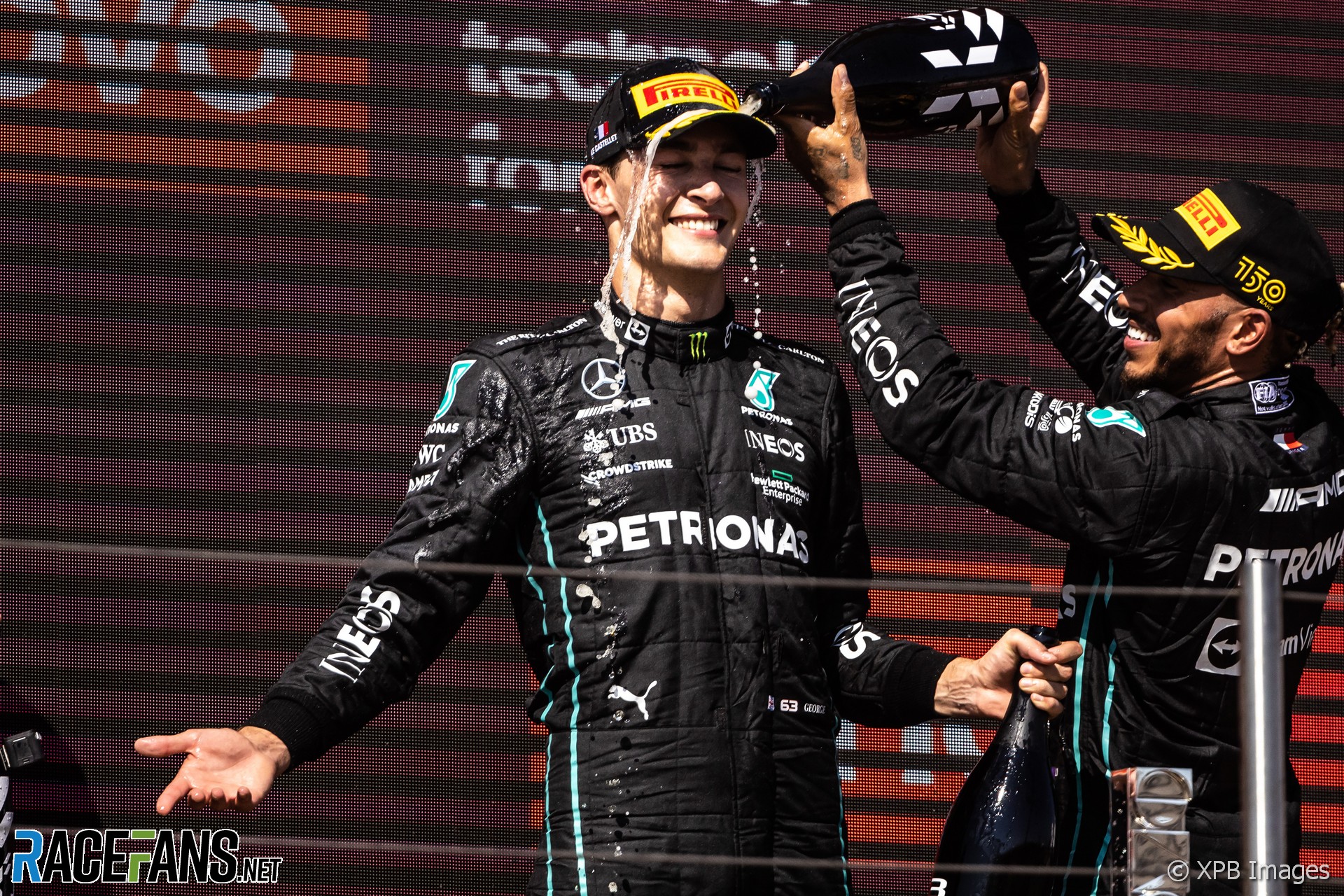 Mercedes team principal Toto Wolff said his drivers are out-performing their car after they scored their first double podium finish of the season in France.

Lewis Hamilton scored third-place finishes in Canada, Silverstone and Austria and then secured Mercedes’ best result of the season with a second-place finish at the French Grand Prix.

He was joined on the podium by team mate George Russell, as both Mercedes reached the podium for the first time this year.

Wolff said Hamilton’s recent run of results showed what a driver of his calibre could achieve in a sub-par car.

“I think you just see a seven-time world champion in a car that’s maybe just not good enough for a world championship at the moment,” said Wolff. “He’s just pushing very hard and maximising what’s what’s in the car and faultless delivery.”

Wolff added his Russell, saying: “Clearly, both of them are out-performing the car at the moment.”

The two drivers have coped well with the often puzzling variations in the team’s competitiveness over the season so far, said Wolff.

“It’s still very difficult to cope with that and this week again we see them being very calm and rational about it,” he continued. “And that really impresses me this season, that you don’t see these kind of emotional swings between good days and bad days.”