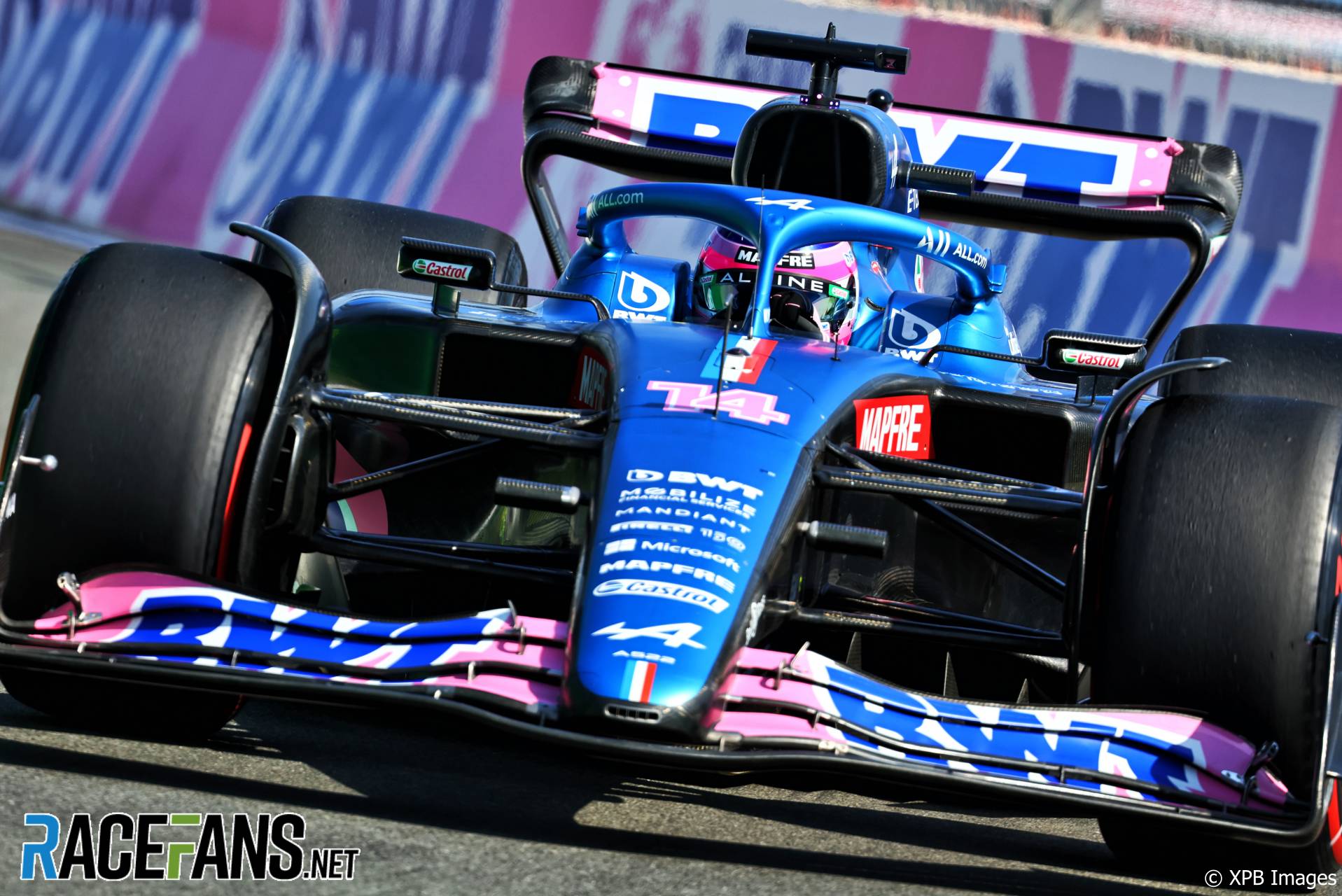 Fernando Alonso admitted he was concerned to find himself so far behind Lando Norris’s McLaren after qualifying for the French Grand Prix.

Alpine and McLaren are fighting over fifth place in the championship and reached the halfway stage of the season tied on points. However McLaren brought a significant update to their car at Paul Ricard and Norris used it to out-qualify Alonso, the quickest of the Alpine drivers, by half a second.

“We came here with higher expectations, maybe, after Silverstone and Austria being very competitive,” said Alonso, who will start today’s race from seventh place. “We thought here to be in front of the midfield.

“But AlphaTauri and McLaren they seem to improve the car a lot with updates. So we struggled. To be honest now when I saw the times, Lando half a second in front is a little bit too much, unreachable for us, and that is a bit worrying.

“But let’s see what is their race pace, tyre management strategy, everything. Hopefully we can challenge him.”

Alonso said he has been chasing the car’s set-up throughout practice, and the variable wind at the Paul Ricard made finding an optimal balance more complicated.

“It was not an easy weekend. Sometimes we come on Friday, the car is working fine and we do minimum changes on the set-up. While here we were not happy in FP1, not happy in FP2 and in FP3 it was still challenging, the understeer.

“Now in qualifying the wind rotates like 90 degrees, it was a crosswind on the straight, now it’s a headwind on the main straight, it changed again a couple of corners. So it has been not an easy weekend.

“But P7 is a strong position and yesterday the long run seemed quite strong for us so let’s hope we can have a good race.”