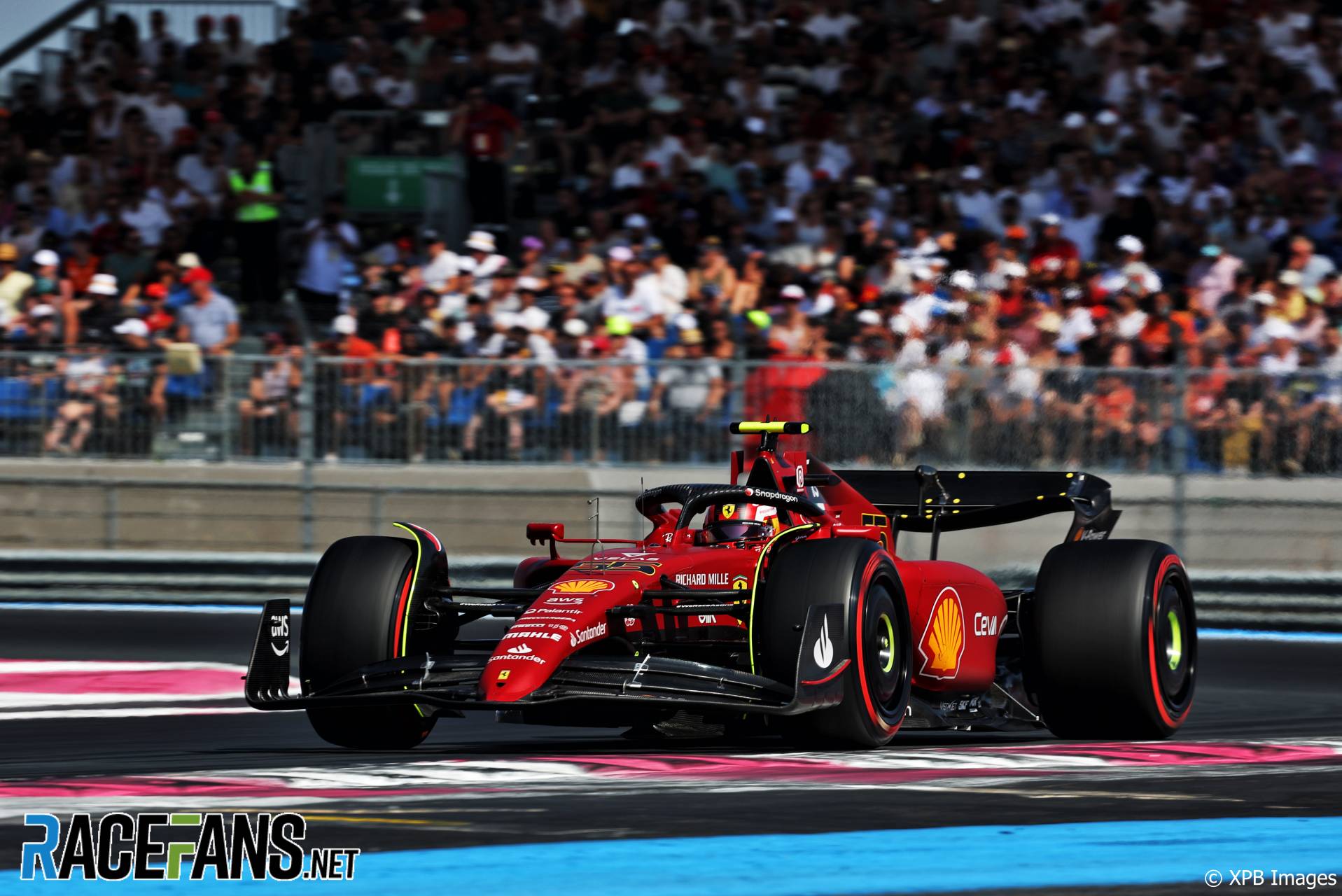 With Sainz already condemned to start the back of the grid for tomorrow’s French Grand Prix after taking a fourth power unit, he pushed to reach Q3 before deliberately backing off along the Mistral Straight to give team mate Charles Leclerc a slipstream on both of his flying laps.

Leclerc took pole position with the benefit of the tow from his team mate, three tenths ahead of the Red Bulls of Max Verstappen and Sergio Perez. After Ferrari’s strategic decisions have received criticism at points this season, Sainz says Leclerc’s pole is proof that the team deserve more credit.

“I think we’ve received quite a lot of criticism on the strategy front and I think it’s a bit unfair,” Sainz said.

“Every team, during a season, there are going to be mistakes with choosing tyres and everything. But I think the team this year has been very solid on the strategy side and today just proves it.”

The co-operation between the Ferrari pair shows the strong team spirit within the team, says Sainz. “The relationship with Charles and the way the team works, I think today again proves that is working very well and that we are working very well together,” he said.

“It’s nice to see. I think you need to give it to us and to Ferrari that today we executed a very nice day.”

A power unit failure in the last race in Austria left him in need of further new power unit components. Sainz said Ferrari decided to take the inevitable penalty this weekend and use him as a wingman for his team mate in qualifying.

“The target was to get to Q3 to then give two times Charles the tow as we did,” Sainz explained. “It was a plan for the whole weekend.

“I know how to give a good tow because I know what I would need in my quali lap if I wanted to gain two or three tenths from a tow. So I knew what to do from the beginning, and I think we executed it nicely.”

Sainz had been consistently in the top three in every session up to Q3. His best Q2 time would have been good enough for second place in Q3. He admitted he is frustrated to have to take his engine penalty on a weekend where his pace looks to be especially strong.

“It’s a shame that it has to come on the weekend that I’m probably feeling the best with the car and I’ve been very quick through yesterday in practice,” he said.

“Today in quali, I think my Q2 lap was up there. But I’m happy for the team, happy to see Charles profiting from it and getting pole. Now it’s time for me to make it back through the field tomorrow.”