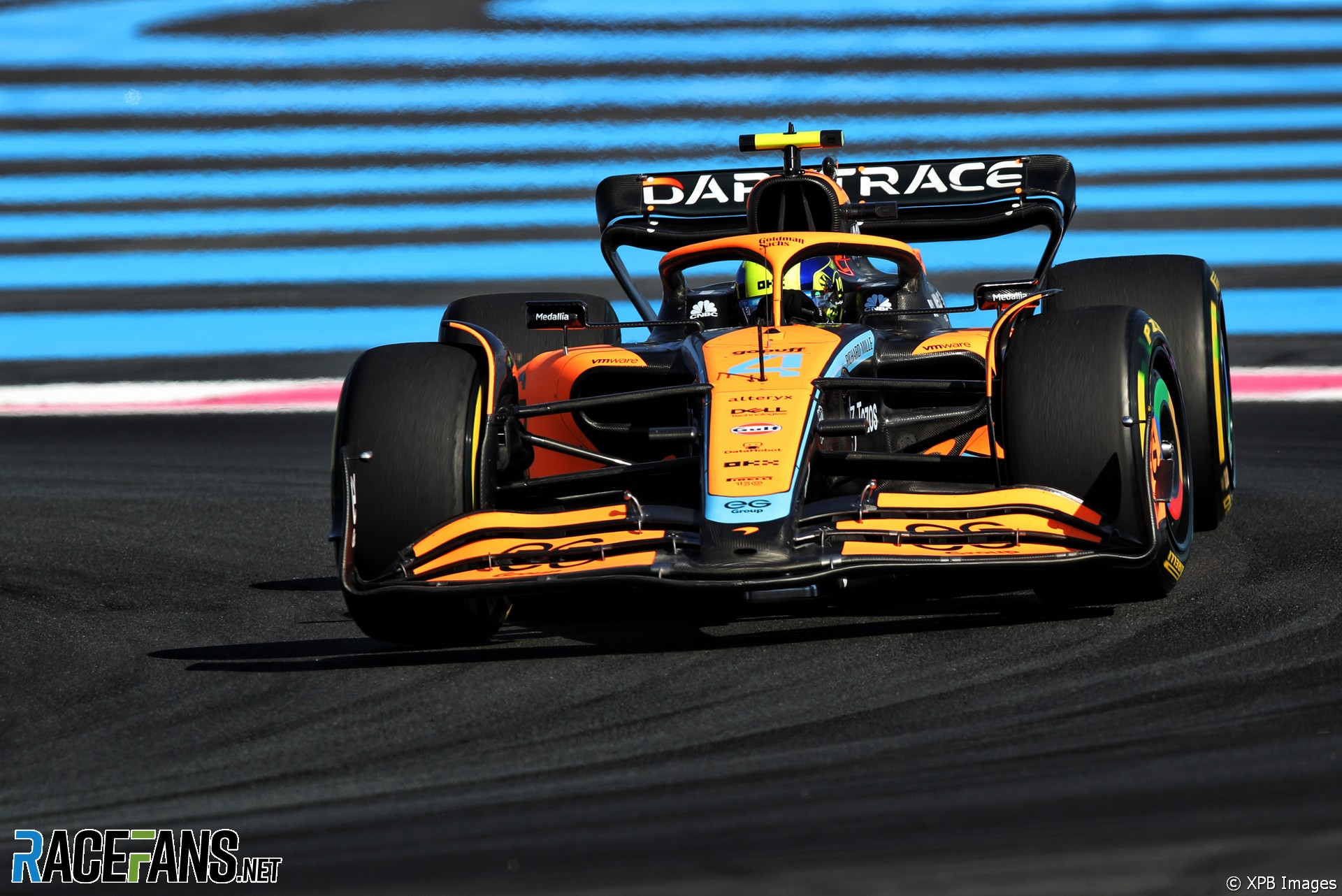 Lando Norris has avoided a penalty for impeding Lance Stroll after the stewards accepted the McLaren driver couldn’t see his rival.

The incident occured during the final practice session. Norris pulled into position at the end of the pit lane to perform a practice start while Aston Martin sent Stroll out of his garage.

The practice start area is located close to the pit lane exit at the Paul Ricard. Norris’s race engineer Will Joseph kept him abreast of the positions of drivers already on the circuit but did not mention the approaching Stroll in the pit lane.

“Gasly is approaching turn 14 now he will open a timed lap,” Joseph told Norris. “Behind him is Daniel, he’ll do another cool-down lap.” Norris then pulled away as Stroll approached, and the Aston Martin driver had to slow down to avoid him.

After examining video of the incident and speaking to both drivers, the stewards decided not to penalise Norris. They accepted the views of both drivers that the situation had not been dangerous.

“[Norris] was stopped in the slow lane at pit exit preparing for a practice start from that position as permitted by the race director’s Event Notes,” the stewards explained. “[Stroll] was traversing the fast lane approaching Pit Exit when Norris performed his practice start in the path of Stroll. Stroll braked to avoid a collision with Norris. There was no contact between the cars.

“Stroll and Norris were in agreement that what occurred did not endanger Stroll. Stroll could see Norris stopped preparing for a practice start and was prepared for the possibility that Stroll might not see him approaching. Indeed, Norris explained that because the area for practice starts is downhill, it is not possible for a driver in that position to see a car approaching from behind in his mirrors. There is no specific rule which dictates protocol for performing practice starts other than that they can only be done from the position Norris was in at the time.

“Nevertheless, the stewards consider that a car performing a practice start must give way to a car in the fast lane approaching pit exit in the interests of safety. Because in this case both drivers were agreed that the practice start did not create a dangerous situation in this case, the sStewards determined to take no action.”