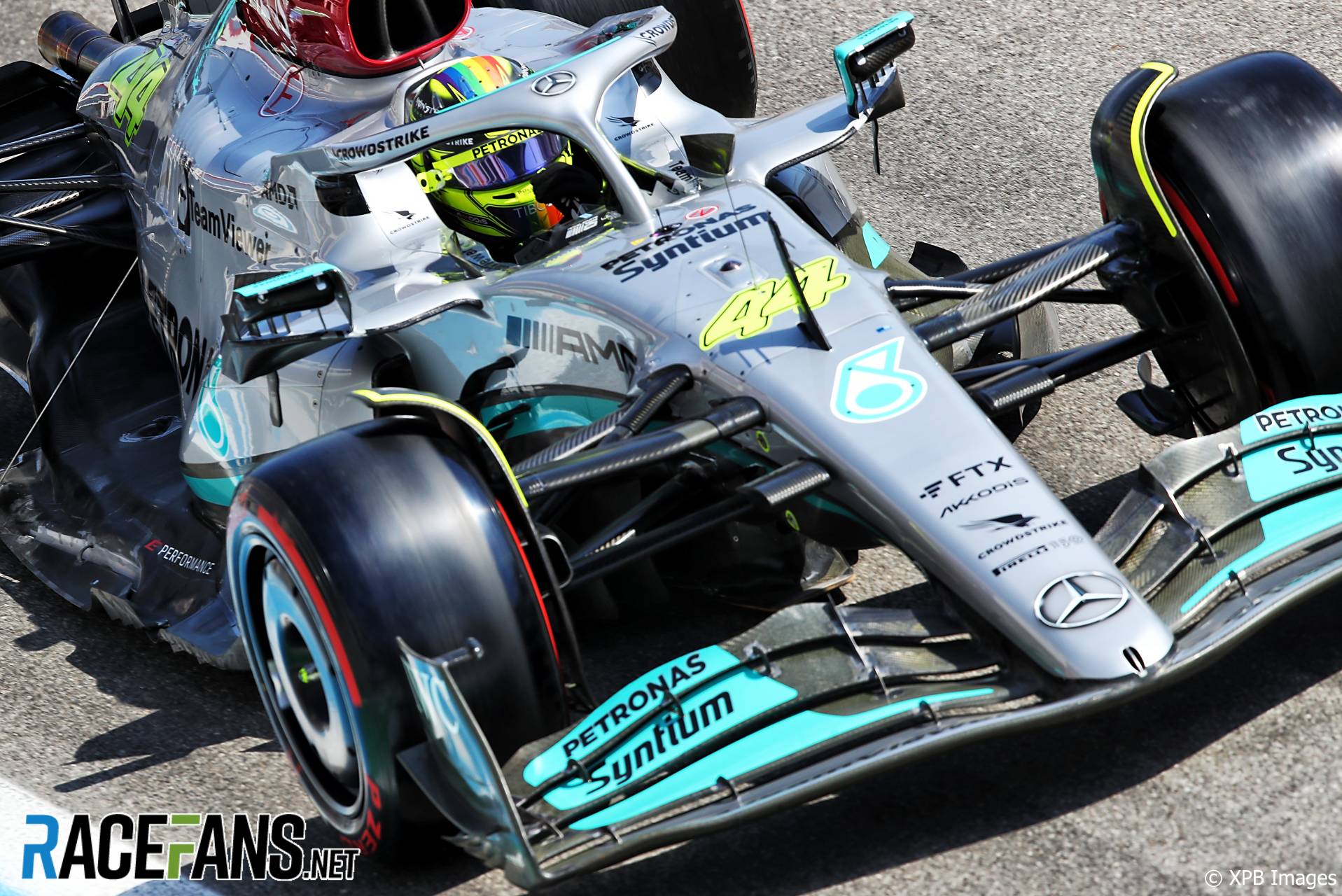 Mercedes team principal Toto Wolff didn’t think it was possible they would end qualifying for the French Grand Prix so far behind Ferrari and Red Bull.

The team arrived at the Paul Ricard expecting its smooth surface and quick corners would suit them. But despite also bringing upgrades to their W13 the team has lagged off the pace since the weekend began.

“If you would have told me that we are ending up [there] I would have said that’s not possible,” Wolff admitted afterwards. “So that’s a bit of a slap in the face.”

Mercedes’ reversal in form came as a particular surprise after encouraging weekends at Silverstone and the Red Bull Ring, he said.

“We were slowly but surely working our way back to the front-runners and there were good signs in Silverstone,” Wolff told media including RaceFans today. “Then we went to Austria, a track where we are normally not competitive at all and we could clearly see the signs why we were not competitive but we were close. It’s a one-minute circuit and we were three tenths off so that was acceptable.

“Then we brought quite a nice update package to Paul Ricard, the track is smooth, off we go, let’s hunt them down. And boom, no performance. Like, no performance and we can’t figure it out, what went wrong.”

The team ran through several set-up changes in their efforts to understand their lack of pace.

“We experimented with rear wings, from almost the biggest we have – which Lewis described as dragging a parachute behind him this morning – to a smaller version which makes us lose too much speed in the corners. Then we experimented with tyre temperatures.”

Wolff admitted the team is at a loss to explain some of the drastic swings in performance it has encountered.

“So clearly there’s something happening, whether it’s wind-affected or tyre-dependant, that is just not working on our car. The car is on the edge and between hero and zero there is just a super-fine margin that we don’t seem to hit and understand.”