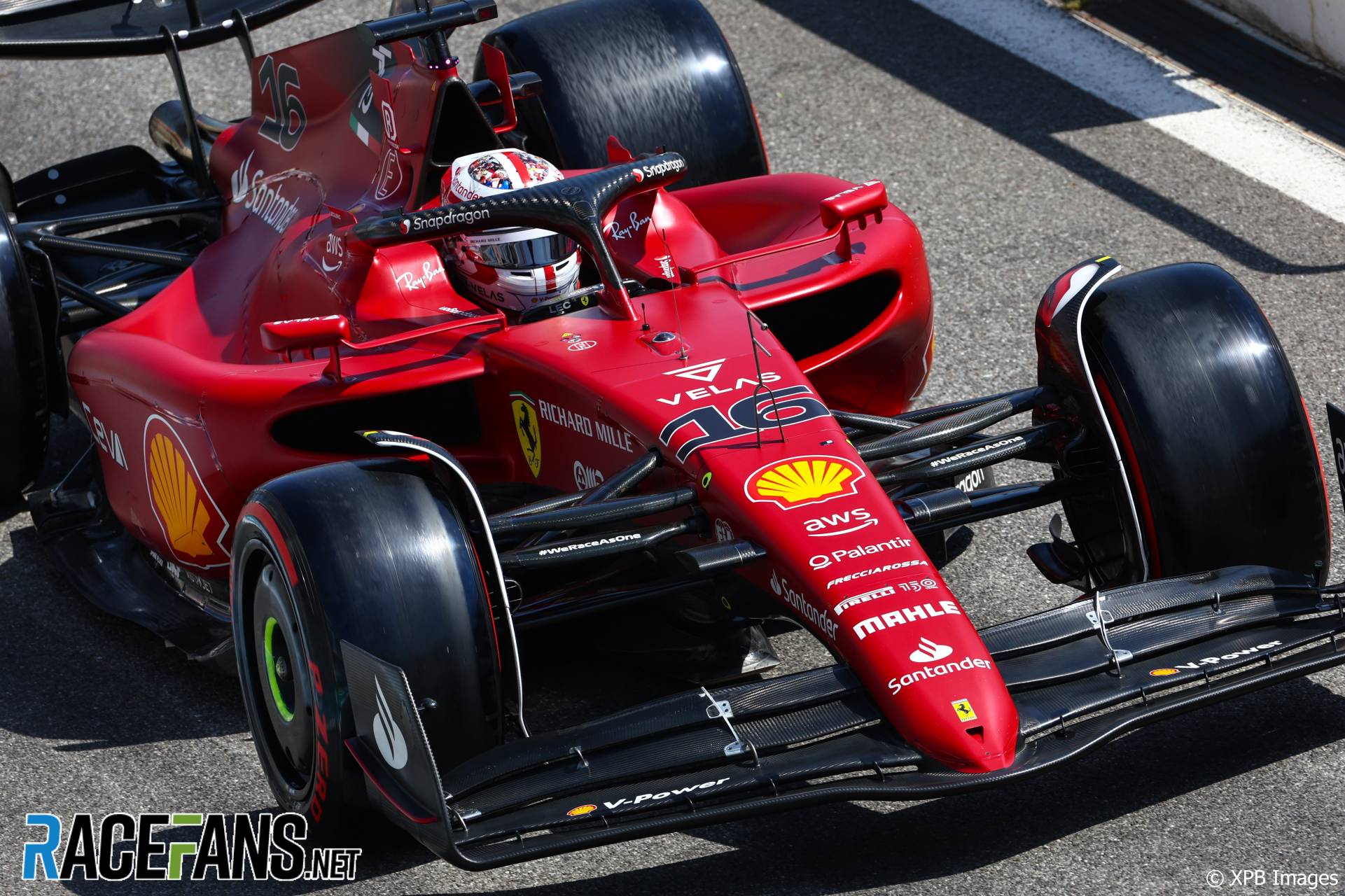 Leclerc set the fastest lap of the weekend, a 1’30.872, three tenths of a second faster than his championship rival Max Verstappen’s best Q3 lap, to take his 16th career pole position.

The Ferrari driver called it “a great lap” but admitted that it came about thanks to the help of his team mate. Carlos Sainz Jnr, who was set to start from the back of the grid due to power unit penalties, sacrificed his runs in Q3 to give his team mate a tow, having been fastest of all in Q2.

“I’ve struggled all weekend to put a lap together and I managed to put it,” said Leclerc after qualifying. “But I have to say that I also had the help of Carlos and that was amazing team work.

“Without Carlos it would have been much more close, so huge thanks to Carlos and I hope that he can join us back in the fight for the win tomorrow.”

Sainz is set to start the French Grand Prix 19th, after taking a replacement internal combustion engine, turbo charger, MGU-H and MGU-K, all of which exceed his allocation of power unit parts. That leaves Leclerc starting with both Red Bull cars directly behind him.

Knowing his will start ahead of Verstappen and Sergio Perez “feels good,” said Leclerc. “But it’s difficult to understand what the Red Bull guys have done yesterday because there was lots of difference in terms of lap times so let’s see how it goes tomorrow.”

Leclerc said that pole had been unexpected, with Ferrari’s pace not seeming fully competitive with Red Bull until the start of qualifying.

“After Q1 I was very surprised by the pace that we had,” he said. “Also in Q2 we were very strong so somehow we managed to turn that around for qualifying but it’s a big surprise.”

5 comments on “Leclerc: Pole fight “would have been much more close” without Sainz’s help”