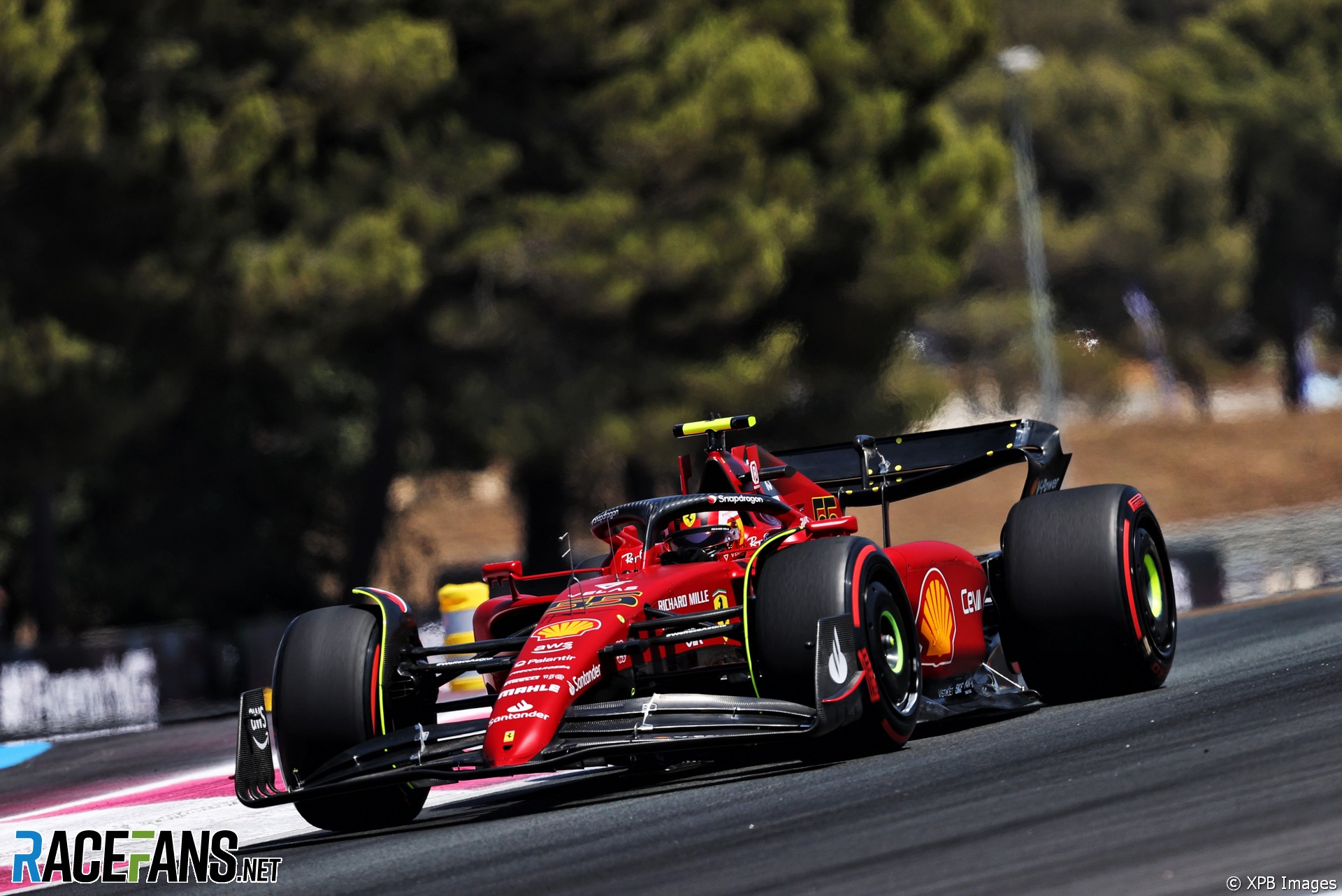 Max Verstappen was over half a second behind Sainz, while his team mate Sergio Perez ended the second hour of running at the bottom of the top 10.

Sainz – who will start Sunday’s race with a grid penalty of at least 10 places after exceeding his control electronics allowance – ended the session a tenth of a second quicker than his team mate, with Verstappen half a second slower than Sainz’s overall best.

The two Mercedes of George Russell and Lewis Hamilton – the latter back in his car after Nyck de Vries drove it in first practice – ended Friday in fourth and fifth, respectively.

The track was in a virtually identical condition to the opening practice session when the second hour of running began with air temperature hovering at exactly 30C and track temperature in the mid 50Cs.

Hamilton and Valtteri Bottas, whose car was driven by Robert Kubica in first practice, were quick to join the track as practice began. The majority of the field opted for medium tyres at the start of the evening session, with Nicholas Latifi, Daniel Ricciardo and Lance Stroll going out on the hards.

The Alpines of Fernando Alonso and Esteban Ocon set the early pace on the mediums, before Kevin Magnussen put Haas at the top with a 1’35.386. Then Russell jumped to the top in the Mercedes, going half a second faster than the Haas on mediums.

Mick Schumacher was fortuante to avoid the barriers after having losing control at the ultra-fast Signes right hander at the end of the back straight. After spinning through 360 degrees, Schumacher was slowed by the unique Paul Ricard run-off on the outside of the corner and managed to avoid colliding with the barriers, eventually returning to the pits.

Leclerc went quickest with a 1’34.182 on the medium tyres, over six tenths faster than Russell. Then Verstappen improved to go quickest of all – although only by a hundredth of a second.

Sainz ventured out on the soft tyres and immediately went quickest of all with a 1’33.322, until that was beaten by his team mate Leclerc on his first lap on softs. Sainz remained on the circuit and took the top spot back with his second flying lap on his soft tyres, a 1’32.527

Most of the teams spent the second half-hour conducting long race simulation runs on medium tyres. Sainz missed the Mistral chicane on one of his laps, while Russell missed turn four after catching oversteer through turn three.

With drivers focused on race pace, there were no major improvements in the times for the final part of the session. By the time the chequered flag waved, Sainz’s earlier time was good enough to see him end Friday as quickest, almost exactly a tenth ahead of team mate Leclerc.

Verstappen was third fastest, almost half a second behind Sainz’s best time. The two Mercedes of Russell and Hamilton ended the day fourth and fifth, two tenths back from Verstappen in third. Lando Norris was sixth for McLaren, ahead of Pierre Gasly in seventh.

Kevin Magnussen ended the day eighth in the Haas, while Daniel Ricciardo was ninth in the second McLaren. Perez rounded out the top ten in the second Red Bull.

One comment on “Ferrari one-two, Verstappen half a second off in second French GP practice”