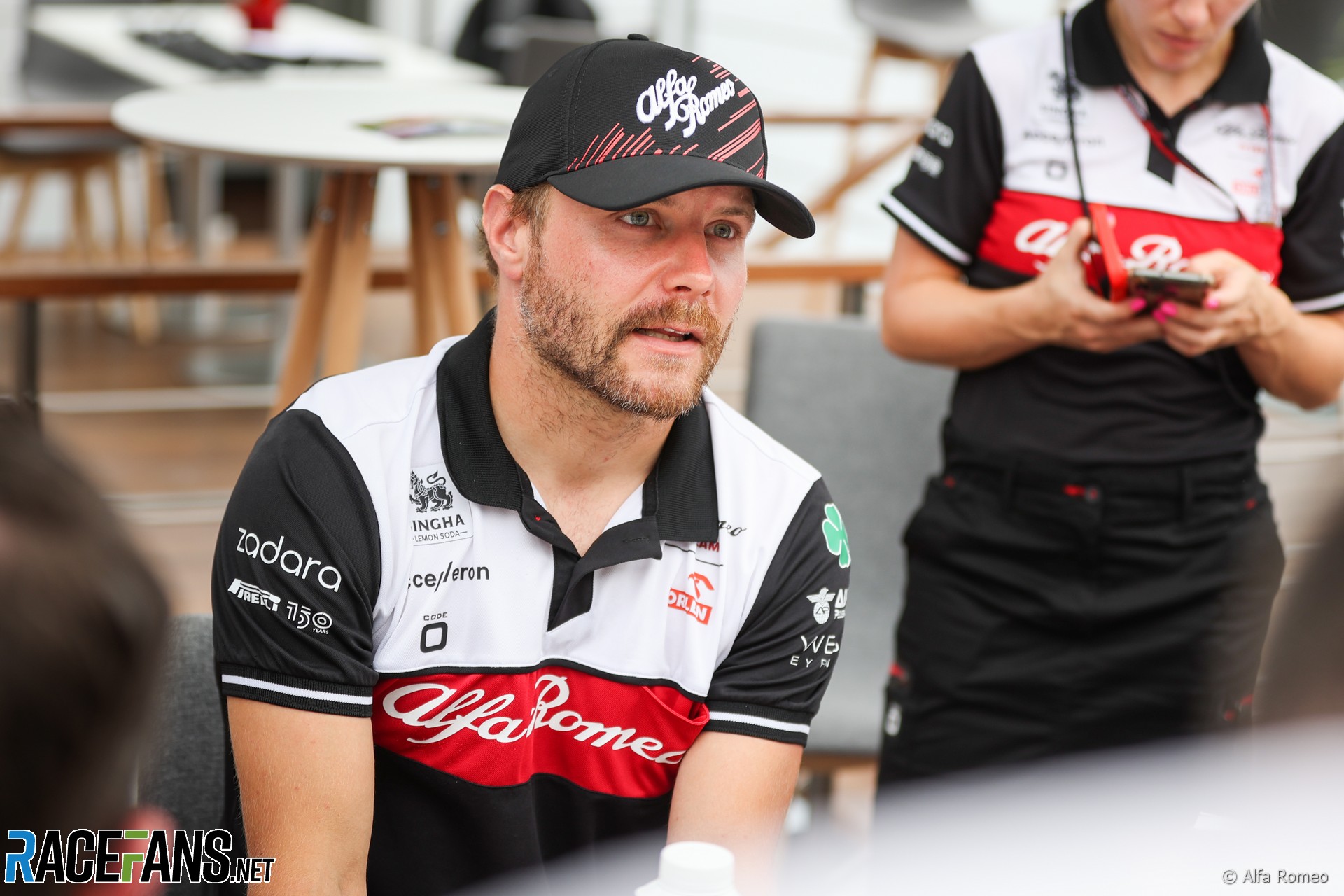 Valtteri Bottas says he has no concerns about the hot weather over the French Grand Prix weekend causing more risk of reliability problems for Alfa Romeo.

He and team mate Zhou Guanyu have suffered five mechanical-related retirements in the 2022 season so far. Bottas has also missed several hours of track time this season due to various technical problems during practice sessions.

Ambient temperatures are expected to reach the mid-30s in the south of France this weekend. Asked by RaceFans whether the heat might increase the risk of reliability problems for Alfa Romeo, Bottas says he does not believe the conditions will make further failures more likely.

“We haven’t seen anything that relates to the heat,” Bottas said. “We’ve had cooling issues, but that’s been normally a leak in the cooling system – so it would be a problem when it’s cold or hot.

“So we haven’t seen any proof that the heat would actually be a big concern. We feel like we have margin in the cooling and stuff and those issues, for now, feels like they’re sorted.”

In the last eight grands prix, Ferrari and their customer teams Alfa Romeo (run by Sauber) and Haas have retired 10 times due to power unit or mechanical related failures – more than the Mercedes, Renault or Red Bull-powered cars.

Bottas says he is confident that the team are getting on top of their reliability concerns after making it their main priority with their development work on their car this season.

“We’re making progress, for sure,” he said. “I think we’re on top of many things, much better than we were at the beginning of the season.

“We don’t still have 100% confidence, because we have had so many issues, but for a long time the number one priority in the post-race meetings has been reliability and attacking and identifying issues before they happen. So we’re doing everything we can with the resources we have.”

Bottas will not take part in first practice tomorrow as the team’s reserve driver Robert Kubica is due to take over his car.