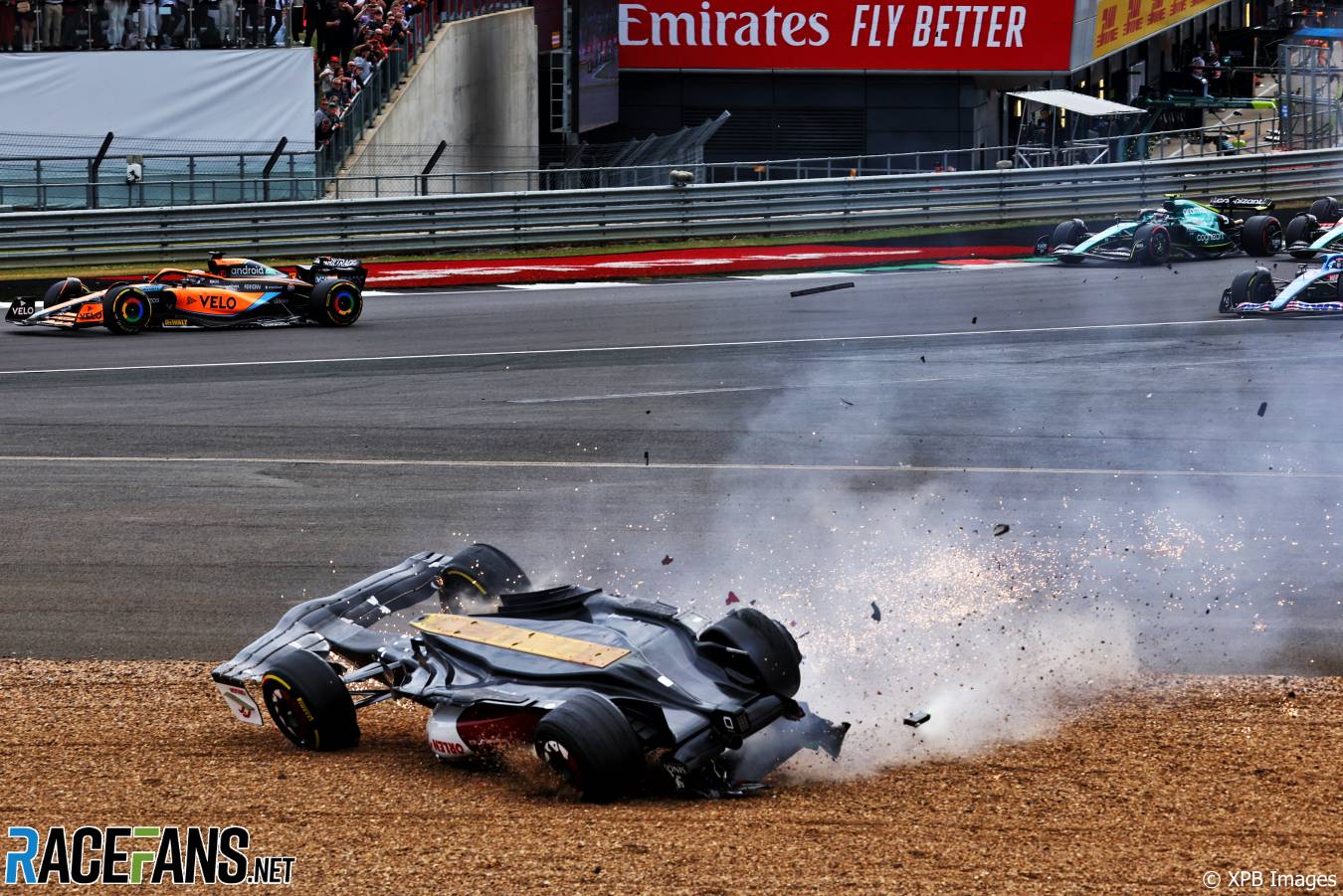 Despite being catapulted into the air at 240km/h at the start of the British Grand Prix, flipping upside down and vaulting a barrier, Zhou Guanyu’s thoughts soon turned to getting back behind the wheel.

“On Sunday night I was texting my engineers asking ‘is my seat okay?” the Alfa Romeo rookie explained. “Obviously the engine takes a bit of time but for the drivers, the seats are very important, very comfortable, so I don’t want to change something.”

Happily his seat was salvaged, and a week later Zhou finished 14th at the Red Bull Ring.

“I was quite happy to have a back-to-back race,” he said. “If I had a summer break just after that [crash], that would be terrible because you would be asking the questions and you’d be thinking about it, repeated questions… even though you try to avoid it, you somehow find it somewhere.”

Until the shocking events of Silverstone, Zhou had made a solid start to his career at the pinnacle of motorsport. He arrived in F1 after finishing third in Formula 2 with Virtuosi last year.

Once a Ferrari Driver Academy member, Zhou moved to Renault’s junior programme, which became Alpine. But with Fernando Alonso and Esteban Ocon occupying both their F1 seats for 2022, Zhou landed a drive at Alfa Romeo instead, and is the only rookie on the grid this year.

Inevitably, some suggested Alfa Romeo swooped to signed the first Chinese driver to race in F1 in the hopes of a sales boost in his homeland. It was widely noted that his fellow Alpine junior Oscar Piastri won the F2 title at his first attempt last year but has been overlooked for promotion to F1.

However Zhou made a dream start to his first season by picking up a point in Bahrain. He came close to doing the same at the next two rounds, finishing 11th in Jeddah and Melbourne.

Unreliability has been a persistent problem for Alfa Romeo, however, and it bit Zhou hard over the coming races. He posted three retirements due to technical trouble in four rounds.

He was forced to retire from the Miami Grand Prix after a water leak just 10 minutes into the race. His team mate Valtteri Bottas finished seventh, leaving Zhou ruing a missed opportunity.

His car gave up again in Spain, pulling off the track on lap 29 in Barcelona, as he had been poised to pounce on a top 10 finish. More reliability woes struck in Baku where Zhou, once more running in the top 10, received a radio message from his team asking him to retire the car. “Are you kidding me, again?” came the radio message from the frustrated driver.

Finally the stars aligned in Canada where Zhou delivered eighth place, his best finish so far. He had reason to be optimistic heading into Silverstone, where he out-qualified Bottas for the third race in a row.

But when the slow-starting George Russell ahead of him tangled with Pierre Gasly, the Mercedes was pitched into Zhou’s car and his wild ride began. The C42 flew across the gravel at Abbey and careened into the tyre wall, eventually coming to a stop between the barrier and the fence.

“I was just waiting for the last stop [and] hit,” recalled Zhou. “Once I was basically stopped, I didn’t know where I was because I was upside down and the next thing I felt was there was some leaking from, I don’t know, I wasn’t sure if it was my body or from the car, so I just tried to switch the engine – the engine was still on by then – because I knew if the fire starts, it would be difficult to get out. So I switched my engine off,” he said.

“This young kid, two hours after the crash was asking, ‘Hey Fred do you have the spare parts to rebuild the car?’ Two hours! Five days after he is in the car.”

“Chapeau, monsieur!” Imparato exclaimed. “Chapeau l’artiste! So first for that, I like the behaviour and the fighting spirit and the mindset of Zhou Guanyu.”

“It was scary,” recalled Imparato, who watched the crash unfold on television. “I was at Le Mans Classic in order to promote our Tonale so I was not in Silverstone.

“But when we saw that, we stopped everything. And I was first thinking of his family because it was the first time in the last two years I think that he had the whole family with him in Silverstone.”

While Zhou is understood to have brought some backing to the team this year, his performances give Vasseur ample reason to keep him on for a second season in 2023. Imparato made it clear the driver’s place in the team does not come down to his nationality.

“Zhou Guanyu for me is not a marketing tool,” he stated. “Allow me to tell you that because we are living in a specific period.”

“Obviously it helps us in terms of awareness in China,” he acknowledged. “But he’s not a marketing tool.”

Zhou’s first race back after the crash was far from his best: He came home three places behind Bottas, who had started last after a penalty. However the rookie’s results leading up to Sunday at Silverstone should give those who dismissed him as a ‘pay driver’ last year pause for thought. The second half of his first season in F1 will be fascinating to follow.

11 comments on “‘After his crash, Zhou asked the team for the spare car. Chapeau, monsieur!’”