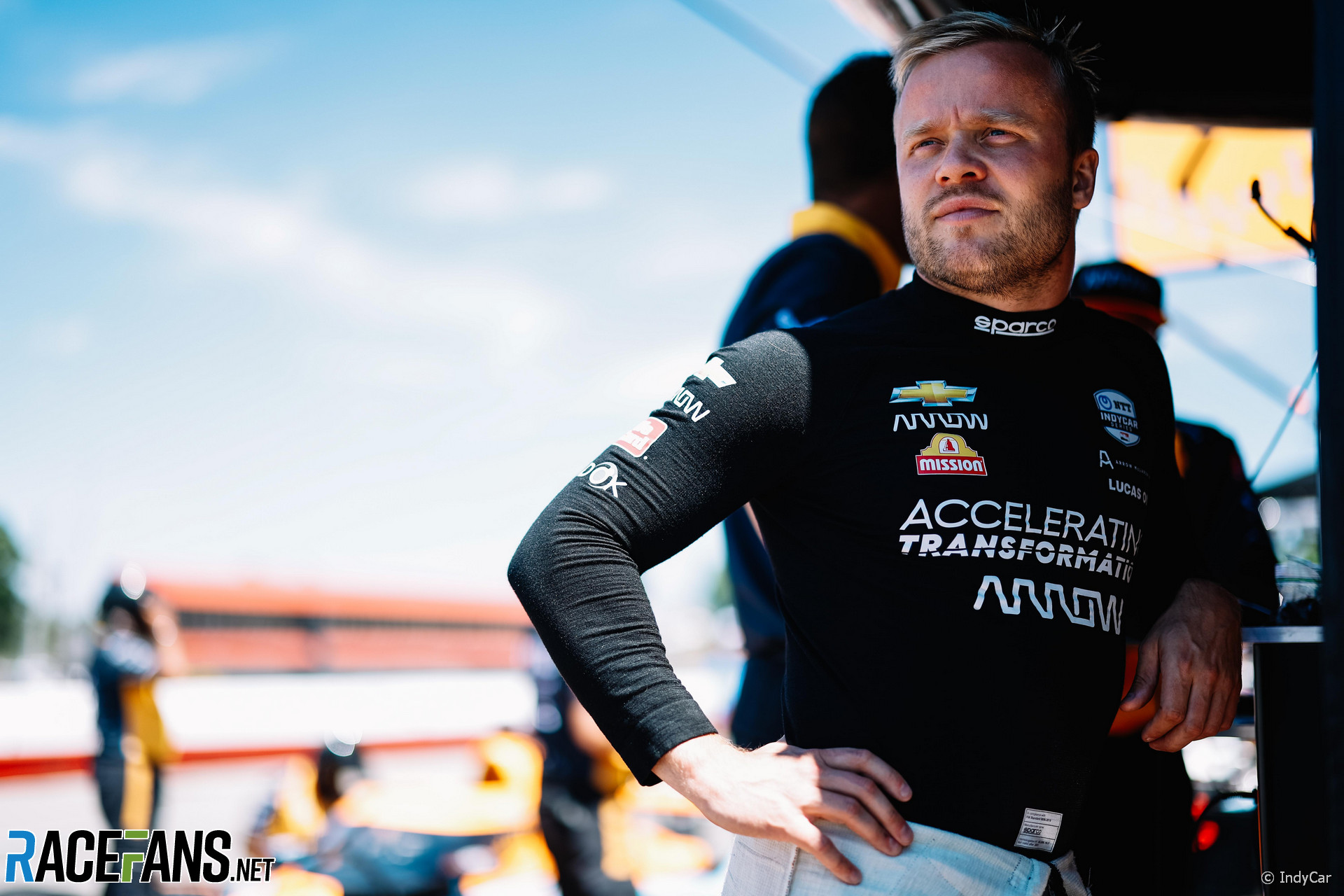 After controversy sparked over whether Alex Palou will race for Chip Ganassi or McLaren SP in 2023, Felix Rosenqvist believes there’s a chance the reigning IndyCar Series champion will not race at all.

On Sunday afternoon following the IndyCar race on the streets of Toronto, Rosenqvist suggested what many observers within IndyCar circles believe to be true: that the looming contract dispute between Palou’s two potential suitors will not be resolved quickly or painlessly.

“I don’t know what’s going on there,” Rosenqvist admitted. “At the moment it doesn’t sound like [Alex is] going to race at all.

“It’s up to lawyers and stuff. Honestly, it’s not my business at all. I think it hasn’t really changed anything. This whole deal went down months ago. I didn’t know all the details of it that I know now, but nothing has actually changed.”

Last Tuesday, the Chip Ganassi team announced that they had picked up an option on Palou to retain the Spanish driver’s services for the 2023 season. However, hours later, Palou took to social media to dispute the prior announcement and publicly stated his intentions to leave Ganassi at the end of the 2022 season. Just five minutes later, McLaren officially declared that they had signed Palou to race for their organisation for 2023 – while Ganassi reiterated that they retain a valid contract with Palou for next year.

McLaren’s announcement did not specify which of their racing programmes Palou would compete in next season, but it did declare that Palou would also be given an opportunity to test a Formula 1 car as part of his transfer. The ambiguity of Palou’s racing assignment was not unique. Back in June, Rosenqvist signed a similar extension with McLaren Racing: One which did not specify if the one-time IndyCar race winner would be retained in a three-car McLaren SP outfit with the returning Pato O’Ward and new signing Alexander Rossi, or if he would be reassigned to a different series.

McLaren’s Formula E Team will debut in the 2023 championship. Rosenqvist had previously amassed 25 race starts in the all-electric series between 2016 and 2018, prior to taking his talents to IndyCar.

After finishing third in Toronto on Sunday, scoring his first podium since joining McLaren SP, Rosenqvist made it clear that he wants to stay in IndyCar with McLaren, if at all possible.

“I’ve made my point that I’m very happy with the team,” Rosenqvist stated. “I think we worked hard the last two years to kind of build up a very strong team. We have good strategy, good pit stops. I think I’m able to extract the most out of the car most weekends now.

“I think if you asked me at the end of last year, obviously it would have been a different answer. But right now, I’m just very happy where I’m at. I think I would be crazy if I said I wanted to go somewhere else. I want to be where I’m at right now.”

Rosenqvist admitted that his IndyCar future rests in the hands of McLaren CEO Zak Brown. “He’s the man who is making the moves. [It’s] probably going to take a couple weeks before we know more. Hopefully [Toronto] changed something. My ambition is to keep proving it that way.

“I think if Zak was sure I was going to FE, he would have already said it. I’m going to take that chance. If there’s a chance for me to be here next year, I’m going to try to prove I can do that.”

4 comments on “Rosenqvist suggests Palou may not race in 2023”