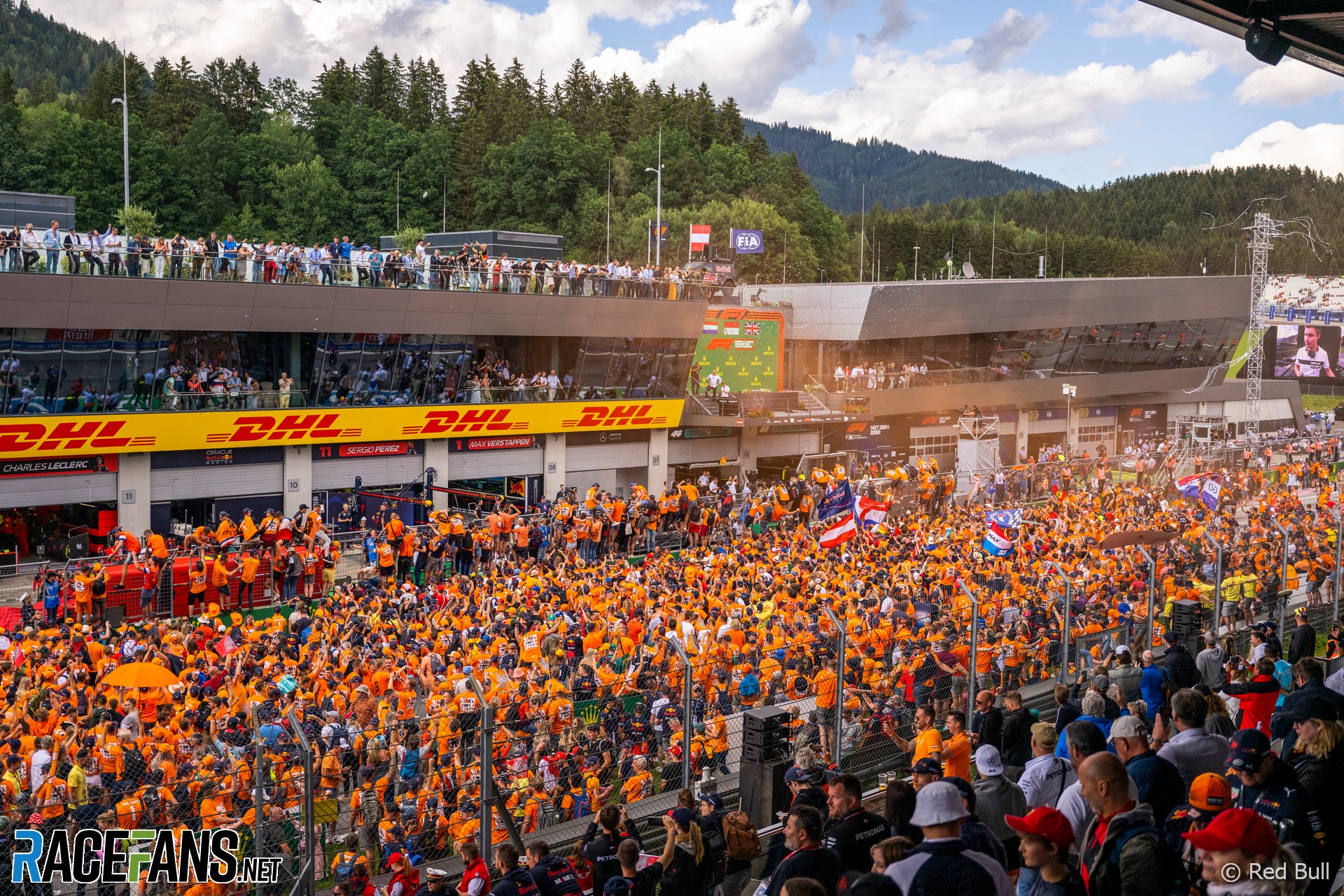 Formula 1 teams responded to reports some fans had suffered harassment and abuse at the Austrian Grand Prix by inviting them into the paddock.

After spending the night in Vienna, I made the 200 kilometre journey to the Red Bull Ring early on Thursday morning to collect my Austrian Grand Prix pass.

The scenery around the circuit is nothing short of stunning with the Styrian Hills fitting snuggly around the venue. The long, winding roads surrounding the track, bordered by trees, provide an appealing and distinctive backdrop.

As I arrived Max Verstappen supporters were already descending on the track in their thousands, fans setting up camp and waiting for a glimpse of their hero.

I was immediately struck, and perplexed, by some of the branding in the media centre. A refrigerator bearing the logos of a water company also bore a large drawing of an entirely naked woman. Unclear why anyone felt this was necessary to market water, and wondering what message this sends to others about attitudes towards women, I proceeded to my seat. 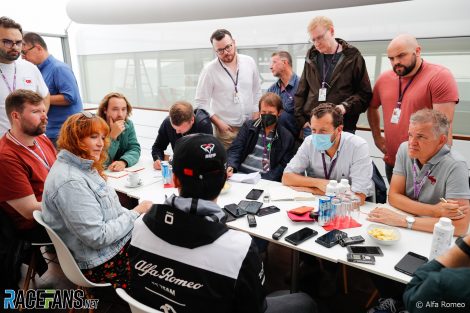 Yet the rest of the decor was amazing, with a giant art installation of the bull planted in the middle of the room. Look up and there’s a model plane hanging from the ceiling, and look to your left and there’s an AlphaTauri F1 car proudly on display.

Since the British Grand Prix, media day now takes places 24 hours earlier, on Thursdays, than it had through the start of the season. Our sit-down with Zhou Guanyu was particularly memorable, as he recounted for the first time to the media since his experience of that huge crash at Silverstone. It was sobering stuff, and I was thankful to see him clearly safe and well just five days on from his acrobatic shunt.

Later we spoke to Pierre Gasly, who was seemingly still pretty irate at team mate Yuki Tsunoda after he’d clattered into him at the last race. Sitting to his right, I asked if he still had trust in his team mate.

A wry smile flashing across his face, he said: “I mean, I should trust him – we’re F1 drivers, so we know what we are doing inside the car.

“As I said, I think it’s fine to race hard. When it’s on your team mate, I think you should just take that 1% extra caution not to have such a big consequence.”

The day finished with some welcome drinks from the F1 CEO Stefano Domenicali at their motorhome before the hour’s drive back to my idyllic hotel. 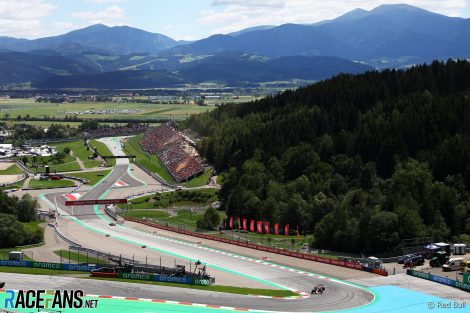 Waking up early, I immediately opened my curtains to take in a classic Austrian view I had somehow lucked into. I left behind a crowing cockerel and horses contently whinnying to start my journey into the circuit.

The recent changes mean Friday offers fewer media commitments for print media journalists. However the track action was exciting with qualifying taking place in the evening in the second sprint event weekend of the season.

It was disappointing to hear cheers from some in the crowd when Lewis Hamilton, the first of the two Mercedes drivers to lose control of their car in qualifying, hit the tyre barrier. I can understand the passion of fans, but I cannot understand or condone cheering as a driver smacks into the wall. I felt the same last year when Verstappen slammed into a Silverstone barrier with a force of 51G after colliding with Hamilton.

The media centre at the Red Bull Ring offers one of the best views in Formula 1. Looking down, you can see the entire start-finish straight and the pits up to turn two, plus turns six and seven where the drivers pass the statue of the bull before the back straight.

That is, assuming the entire place isn’t bathed in orange smoke, as it periodically is. The Orange Army were out in full force, and the flares were lit again as Max Verstappen took pole position for the sprint race.

I immediately drew back the curtains once again to catch a glimpse of the rolling hills before my journey into the track. The calm before the storm serves as the perfect medicine for the madness of Formula 1, with the second sprint race of the season due to get underway that afternoon. 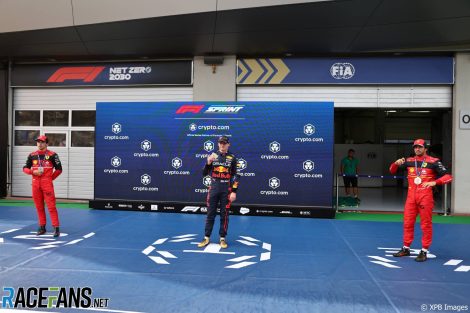 The roads were relatively clear – a luxury that never goes unappreciated at this circuit – as we drove in for the team principals’ press conference. The event may have a smaller capacity than somewhere like Silverstone, but you can’t knock their traffic management.

As I walked in, a group of Verstappen fans shouted over to me, calling me ‘sunshine’. Not thinking much of it as it seemed there was little offence to it I replied, ‘a little early for the beers?’ The demure changed slightly, and they shouted back to me in Dutch, not something I speak. As many women do, I carried on walking. It was inoffensive, but the man walking next to me had received no interaction, which I did note.

The debate over whether Formula 1 needs the sprint race format hasn’t gone away, and Saturday’s race was somewhat of a damp squib. We seemed to meet a succession of frustrated drivers in the media pen, equally dissatisfied irrespective of the grid position they had bagged.

It was a late finish and, after a long journey back to the car, I fell asleep as soon as my head hit the pillow. 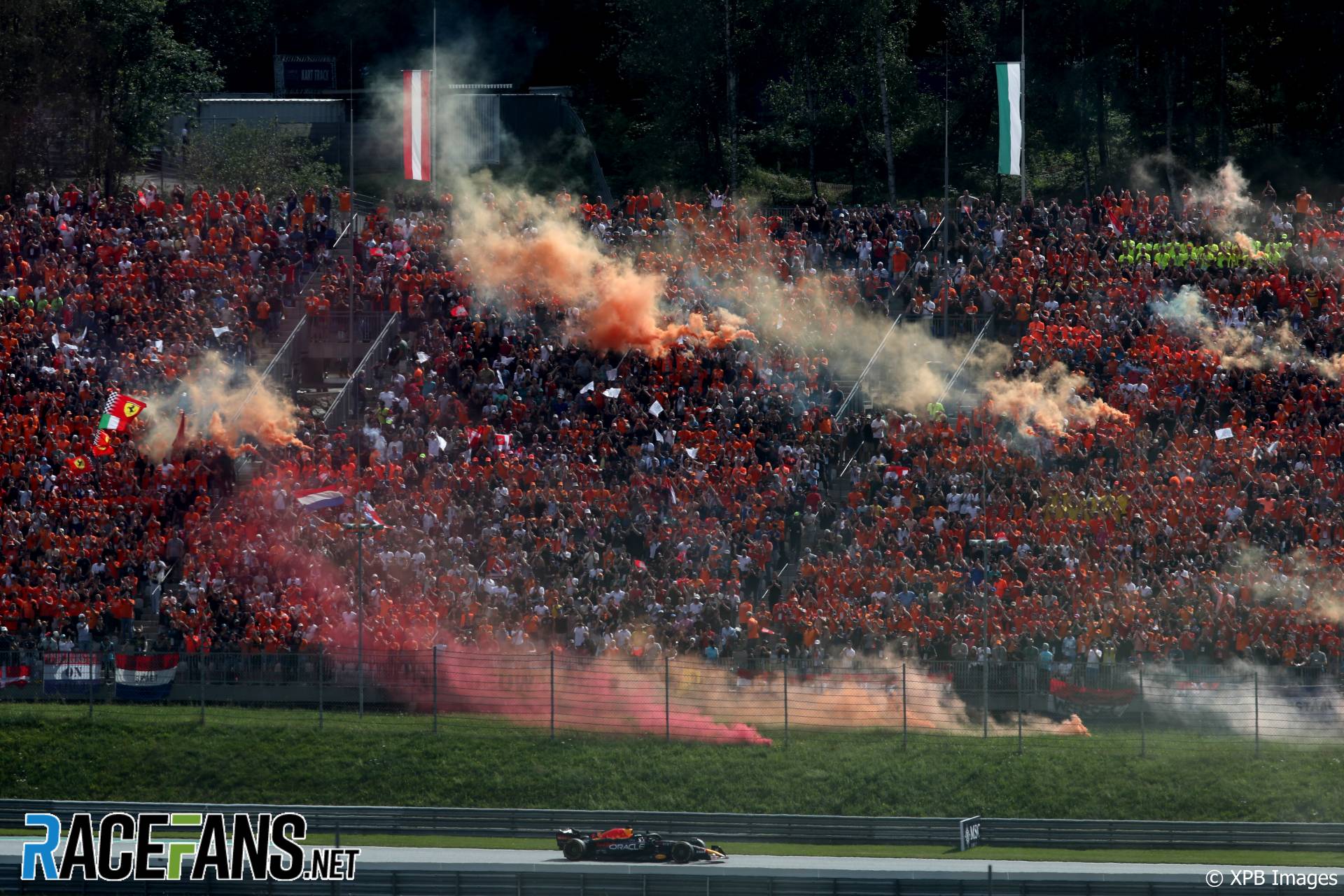 Rain overnight meant a chilly start to the day. The showers falling over the hills meant a soggy drive in, but once again traffic proved no issue. 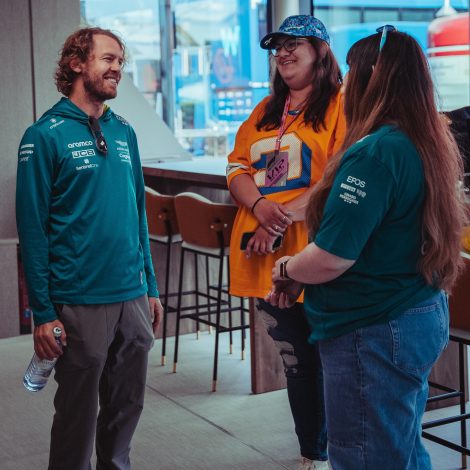 While being driven in, I was alerted to some tweets on social media, from several women who had reported abuse whilst attending the Austrian Grand Prix across the weekend. Following the sexist comments were a string of stories containing homophobic abuse and racism too. I was disgusted but, unfortunately, not surprised at what I saw. The fact is, women are abused daily. These seemed isolated at the track, but abuse is not.

I received a statement from Formula 1’s press officer, details of which were soon reported here, along with F1’s plans to increase security and stewards to help protection. I was pleased the sport had recognised these claims and had moved swiftly to take action. But more stories were flooding my timeline and my concern grew for the safety of those in the crowds.

Two women revealed they had been subject to homophobic abuse after they were holding hands, through fear of losing each other, and concern they could be attacked. I asked them what happened and they explained how at first those around them started to shout things aggressively in Dutch. It quickly turned to English, and it was clear they were made to feel unwelcome in the grandstands, enough to decide not to return Sunday. Aston Martin saw the post and offered them tickets into the paddock.

Later that evening, after the race concluded, I was keen to find out how those inside the F1 bubble felt about this. Many drivers were horrified and concluded there was more to do. Sebastian Vettel however looked into my eyes and said: “Horrible, isn’t it? I think it’s good this stuff comes out, that’s a start. But it’s horrible.” I genuinely appreciated such a compassionate response from a driver who’d endured a grim race. 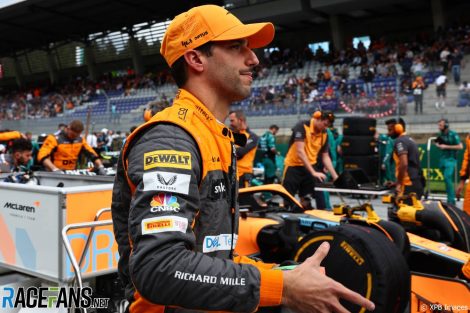 Daniel Ricciardo, ever-smiling, was thrilled to meet the two guests of Aston Martin after I told him she was wearing his t-shirt. “Is she?” enthused the Australian, “that’s pretty cool,” he said before heading off to meet them.

I raised the subject with Mercedes boss Toto Wolff, who condemned the abusers behind the slurs, and referred to the incidents being an isolated issue. Pressing my point, I explained my experience of being cat-called earlier that weekend – for women, this happens often. His response was strong, and ended with him calling for those involved to “fuck off”, making it clear they aren’t welcome in the sport.

He is right. As one of the few women among written media journalists, comments towards us are still prevalent and happen more often than I would like to admit. F1 needs to make a stand, and attitudes need to change. I hope plenty can be learned from this weekend and that words can be turned into actions.