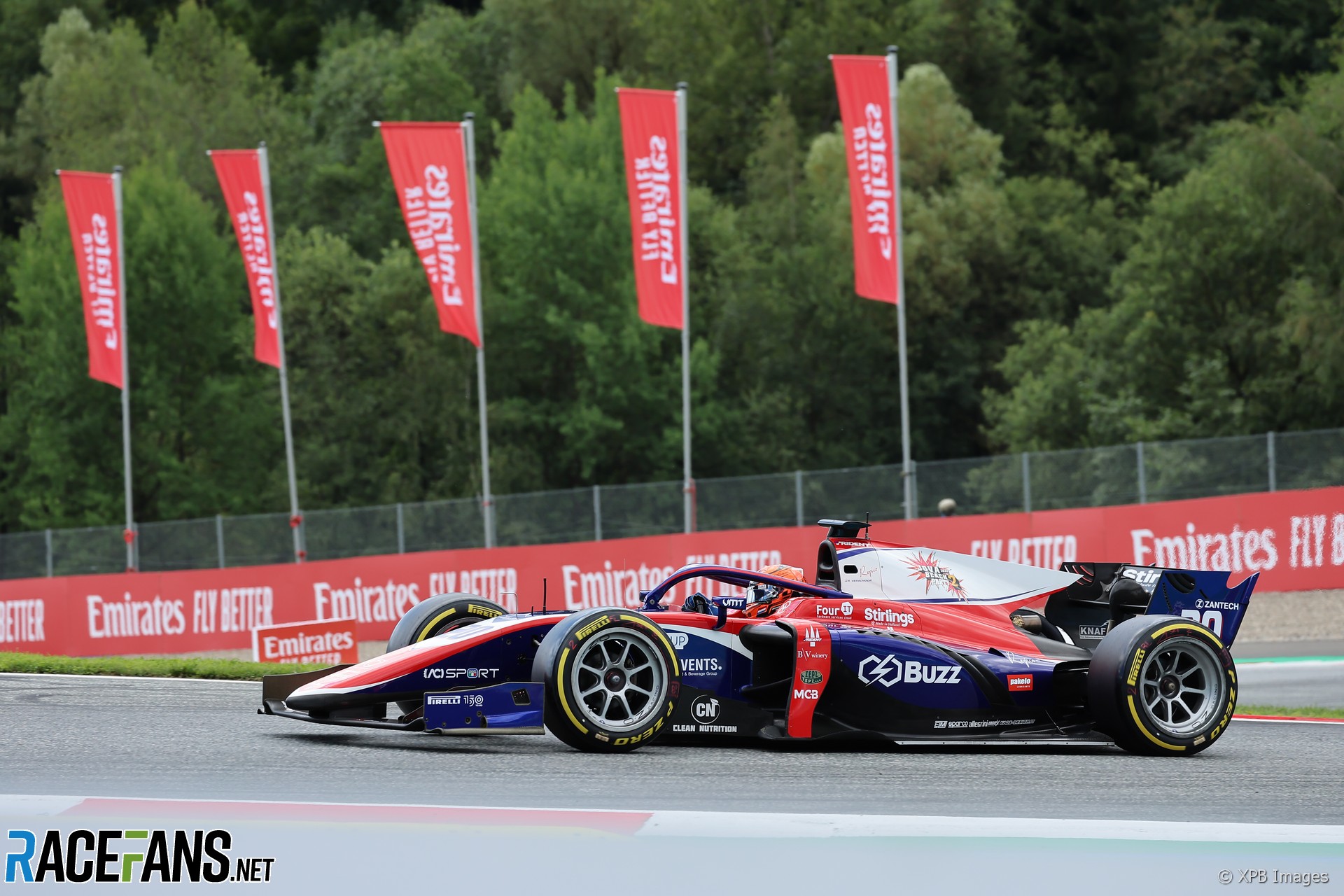 Richard Verschoor has won the Formula 2 feature race in Austria, having started on slick tyres on a drying track.

Although the track had been drying during the earlier Formula 3 race, drivers mostly chose to start on wet tyres, with some notable exceptions. Verschoor, Jehan Daruvala and Roberto Merhi were the drivers furthest to the front to take the gamble on slicks, which played out completely in their favour over the 40 lap race.

Marcus Armstrong crashed out on the inside of turn three on lap two, prompting a Safety Car period until lap five that saw drivers have to confront a restart on a track no longer suitable for the full-wet tyres. On lap seven the drying track saw Verschoor take the lead while many of those on wets realised it was time to pit.

Jehan Daruvala pitted from second, the first of the slick starting cars to head in, and was able to hold on to the position. He was, however, three and a half seconds behind Verschoor just a few laps later.

A turn three incident between Frederick Vesti and Olli Caldwell was placed under investigation by the stewards for Vesti leaving the track and gaining an advantage, with the ART driver later handed a five-second penalty.

Out front, Verschoor extended his lead to nearly eight seconds by lap 36, while Merhi was hunting down Daruvala, having reeled him into DRS range. Merhi passed Daruvala on the final lap but was hit with a five second penalty for exceeding track limits, which would cost him a podium on his return to the series.

Lawson was given a ten second penalty, on top of his previous five second penalty, while Daruvala reclaimed second after Merhi’s penalty. Verschoor saw the chequered flag first, Merhi and Daruvala following behind on track.

Verschoor pulled to the side of the track after the chequered flag, saying “I don’t think I can bring it home.” Merhi ultimately finished fifth, promoting Logan Sargeant to the podium.

Olli Caldwell, who had come close to a race ban in the sprint race, scored his first F2 point finishing tenth. Felipe Drugovich keeps the championship lead, 40 points ahead of Theo Pourchaire.