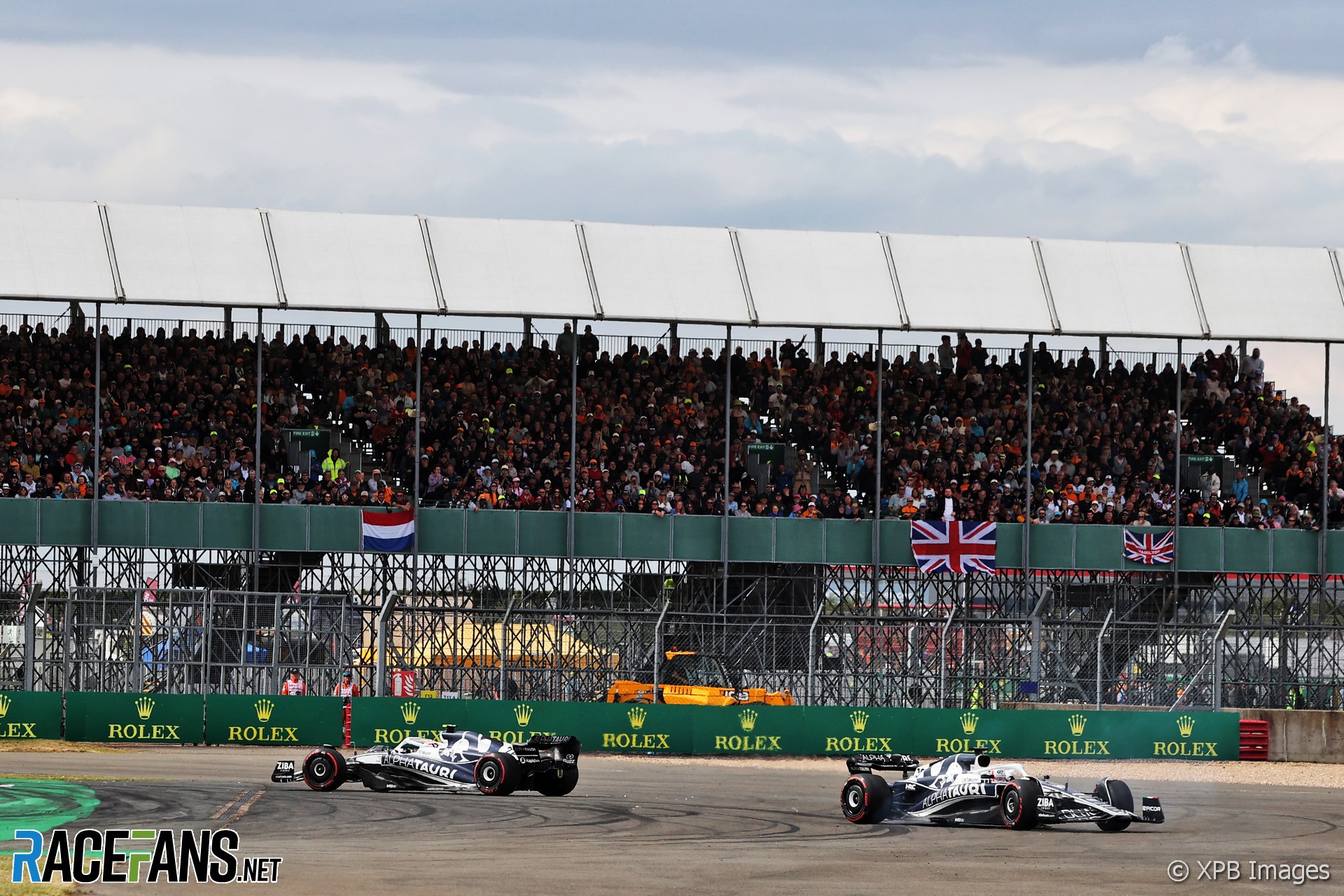 Pierre Gasly says he gave team mate Yuki Tsunoda more room than he thought he had prior to their collision in the British Grand Prix.

The two AlphaTauri drivers clashed on lap 11 at Silverstone’s Village corner. Tsunoda spun while attempting to pass his team mate for seventh place down the inside of the corner, crashing into Gasly and sending the pair spinning and dropping down the order.

Tsunoda was handed a five-second time penalty by the stewards and finished last in the race, while Gasly was shown the black-and-orange warning flag for damage suffered in the collision which put him out of the race.

Gasly says his younger team mate must ensure he keeps in control of his car if the two team mates find themselves battling out on-track again in future.

“I’m doing my race for the team and for myself,” Gasly said. “I fight for any position. He’s my team mate. I fight my position.

“Unfortunately he lost control, he spun, and then when he spun he hit me.”

Tsunoda’s error was made worse by the fact Max Verstappen of the senior Red Bull team collected some of the debris which badly affected his car’s handling and cost him victory.

“It had a pretty bad impact because it affected three cars of the four Red Bull cars,” said Gasly. “So it was not ideal. But as I say, it’s happens, to have mistakes.”

Despite the clash Gasly says he will be able to trust Tsunoda if he finds himself fighting against him in the future.

“I mean, I should trust him – we’re F1 drivers, so we know what we are doing inside the car,” he said in response to a question from RaceFans.

“As I said, I think it’s fine to race hard. When it’s on your team mate, I think you should just take that 1% extra caution not to have such a big consequence.

Gasly pointed to the intense battles seen between other team mates on the grid – such as Alpine drivers Fernando Alonso and Esteban Ocon and the fight for the lead between Carlos Sainz Jnr and Charles Leclerc in Silverstone – as examples of how team mates can and should race each other.

“You see Ocon and Alonso fighting harder than ever between each other, Carlos and Charles fight each other fine as well,” Gasly continued.

“I think it should happen as long as it doesn’t affect the whole performance of the race. We were fighting only for a couple of corners – I think this is fine. If it’s a 10-lap battle and you ruin your tyres, it’s a bit silly. I think you should be able to fight, but just as long as you don’t take each other out.”