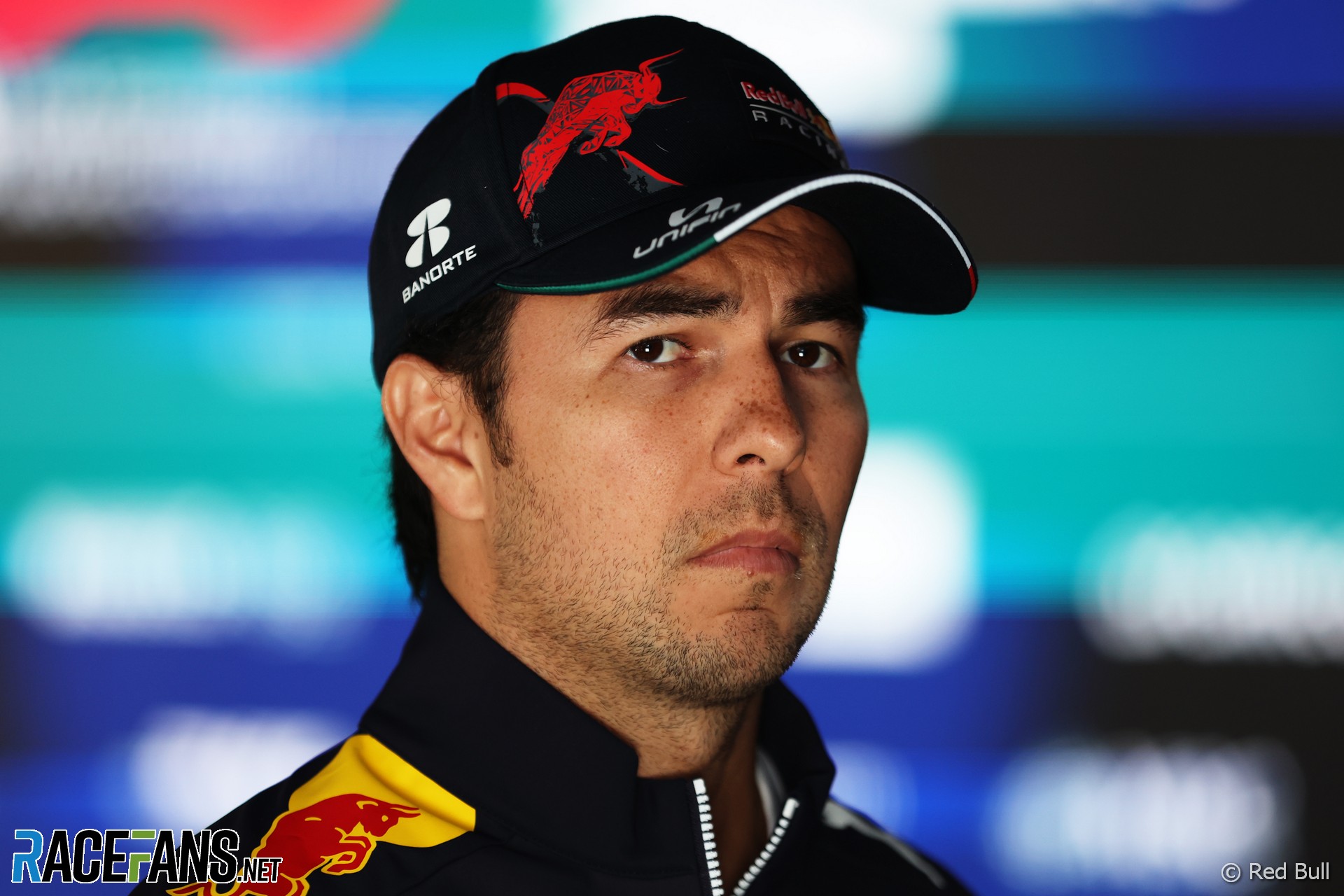 Sergio Perez says he isn’t as comfortable driving his Red Bull as he was earlier in the year.

He made a strong start to his second season at Red Bull, taking the first pole position of his career in Saudi Arabia and a victory in Monaco. Perez said it had taken him much longer to get used to the first car he drove at the during the previous season.

“Last year’s car was a great car but it [required] a very unique driving style,” Perez told media including RaceFans yesterday. “You had to adapt to it.

“I managed to do so, but it took me a while. I came here with no testing and straight into it in regulations that had been there for a while. So that was hard. Starting from zero [this year], I think that that’s been quite helpful.”

But Perez admitted he hasn’t found it as easy to get the best out of the RB18 following recent changes to it.

“I think the development of the car has been… I haven’t been as comfortable with it as I was in the beginning, let’s put it that way. So I think I’ve got some work to do to understand what’s going on and hopefully have a more straightforward weekend here in Austria.”

However Perez acknowledged he wasn’t at full fitness during the previous race weekend, after hurting his neck when he crashed in qualifying for the Canadian Grand Prix.

“It’s just going away from me in terms of how comfortable I was in the beginning,” he said. “But saying that I’ve had only two races, last weekend I wasn’t up to it, I was feeling pretty bad. So this is the first weekend where I will see, really.”

After dropping out of the Canadian round with technical problems, Perez said he can’t afford more retirements if he is to close on his championship-leading team mate Max Verstappen.

“Having another couple of zeros will kill the championship for sure,” he said. “But hopefully reliability issues are going now and we’re able to finish races. That’s the most important.”