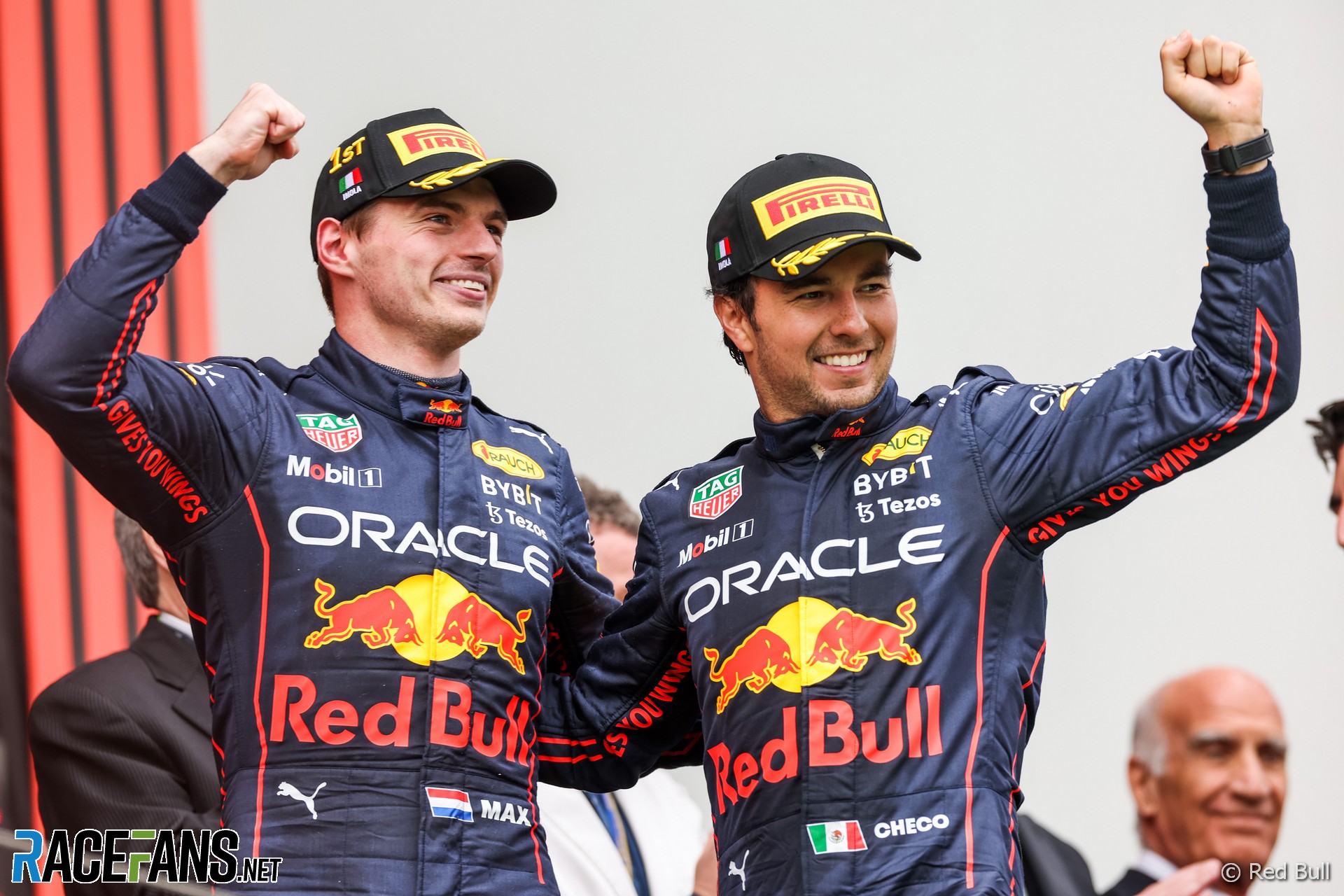 After Daniel Ricciardo decided to leave the team at the end 2018, Red Bull went through a series of replacements. Pierre Gasly lasted half a year before being dropped, and his replacement Alexander Albon was shown the door at the end of the following season.

Perez recently signed a two-year contract extension which will keep him at Red Bull until the end of 2024 at least. Marko believes he is the ideal partner for Verstappen because he doesn’t get drawn into battles with him on-track but is capable of picking up victories of his own.

“Max can drive any car fast,” said Marko in an interview for Red Bulletin. “That’s why having Sergio Pérez as his team mate is perfect.

“Checo doesn’t try to fight but does everything he can, and that can lead to victory as it did in Baku last season. The two work very well together.”

Perez was told to let Verstappen passed him on two occasions during the Spanish Grand Prix. He was also instructed not to fight his team mate when Verstappen caught him during the Azerbaijan Grand Prix. Verstappen won both races ahead of Perez.

“There was an outcry because some felt Carlos had been overlooked,” Marko acknowledged. “His development was also very good, and the difference between the two was often very minimal.

“But despite having less experience, Max was the faster driver, hence our decision to move him to Red Bull Racing. Carlos was simply unlucky enough to have Max as a team mate.”

Verstappen was signed by Red Bull in 2015, while he was racing in Formula 3. Marko said his schooling by his father, former Formula 1 driver Jos Verstappen, was helped mould him into a formidable competitor.

“He had a very good – but also very tough – upbringing from his father,” said Marko. “That’s what shaped him.”

“In Italy, you can practice karting all year round, and as soon as it starts raining, everyone heads to the cafeteria,” Marko added. “Max was the only one who had to stay outside and keep practising.”

His early promotion to F1 after just one season in F3 provoked what Marko believes was an unnecessary, knee-jerk change in the rules. “After Max drove his first F1 race at the age of 17, they’ve added a clause that says you must be at least 18,” he said. “I think the age limit is wrong. If you have the right training and talent, you could even do it at 16.”

“In terms of character, commitment, self-confidence and charisma, I’d compare him to Ayrton Senna,” Marko added.