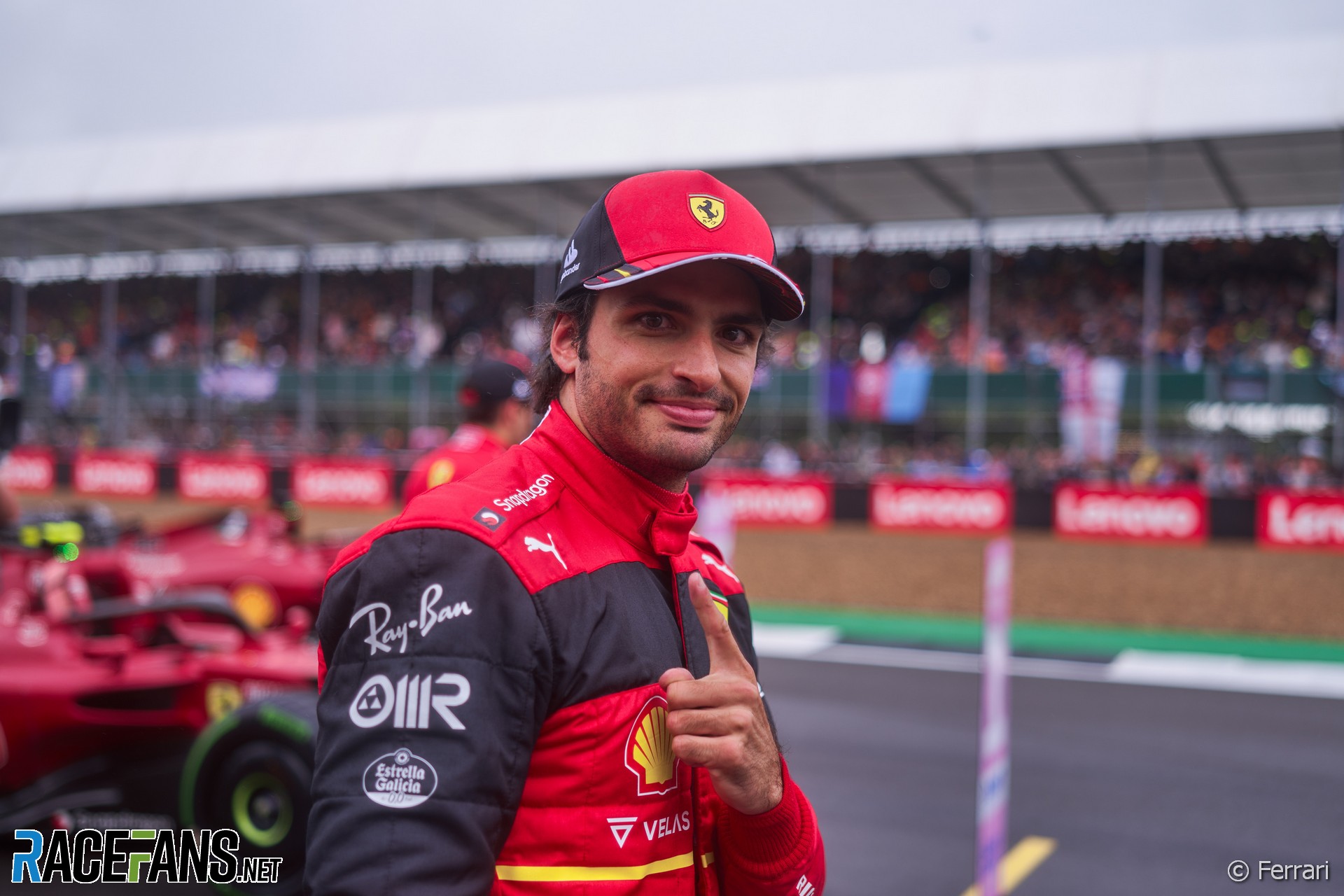 After taking the first pole position of his career Carlos Sainz Jnr said he feels more confident in his Ferrari than he did earlier in the season, when he suffered multiple setbacks.

Sainz wasn’t immediately comfortable with the team’s F1-75. He wasn’t able to match team mate Charles Leclerc’s pace early in the season and was involved in a series of incidents.

He spun out of the Australian Grand Prix, collided with Daniel Ricciardo at the start of the Emilia-Romagna Grand Prix and spun again in his home race, but was able to finish. He says he feels much more at ease in the car now.

“Certainly in FP2 I felt ‘on it’,” he said. “I felt confident and if I compare my FP2 pace to, for example, Barcelona, race and qualifying, I am much happier, both with the car and with my driving.

“FP3 was a challenging session in which we took a step back. We know why, we just don’t understand if we have fixed the problems completely going into tomorrow but in the wet I felt good, it was just about making the tyres work but when the tyres were working I felt comfortable. So let’s see how the race pace is, but I want to believe that there has been some good steps done recently.”

He said it was especially satisfying to beat the likes of Leclerc, Lewis Hamilton and Max Verstappen to pole position in a wet session.

“A pole in the wet for sure always feels good. It is true that I’ve always been very competitive in wet conditions, but so are my fellow drivers here, I think.

“In Formula 1, there are 20 drivers and the 20 of them are normally one of the best in the wet in the categories that they’ve been through. So in Formula 1 it’s a lot more difficult to make the difference in the wet.

“I found that in other categories it was super-easy to just go out there and in the wet pole position by half a second because the level was maybe not as high as in Formula 1. But then you arrive to Formula 1, you think you’re the best in the rain, and then you suddenly find yourself with the likes of Max, Charles, Lewis – what to say about Lewis – and other drivers that are very, very, very good in the wet and it’s super-difficult to make a difference or make one tenth of a difference.”