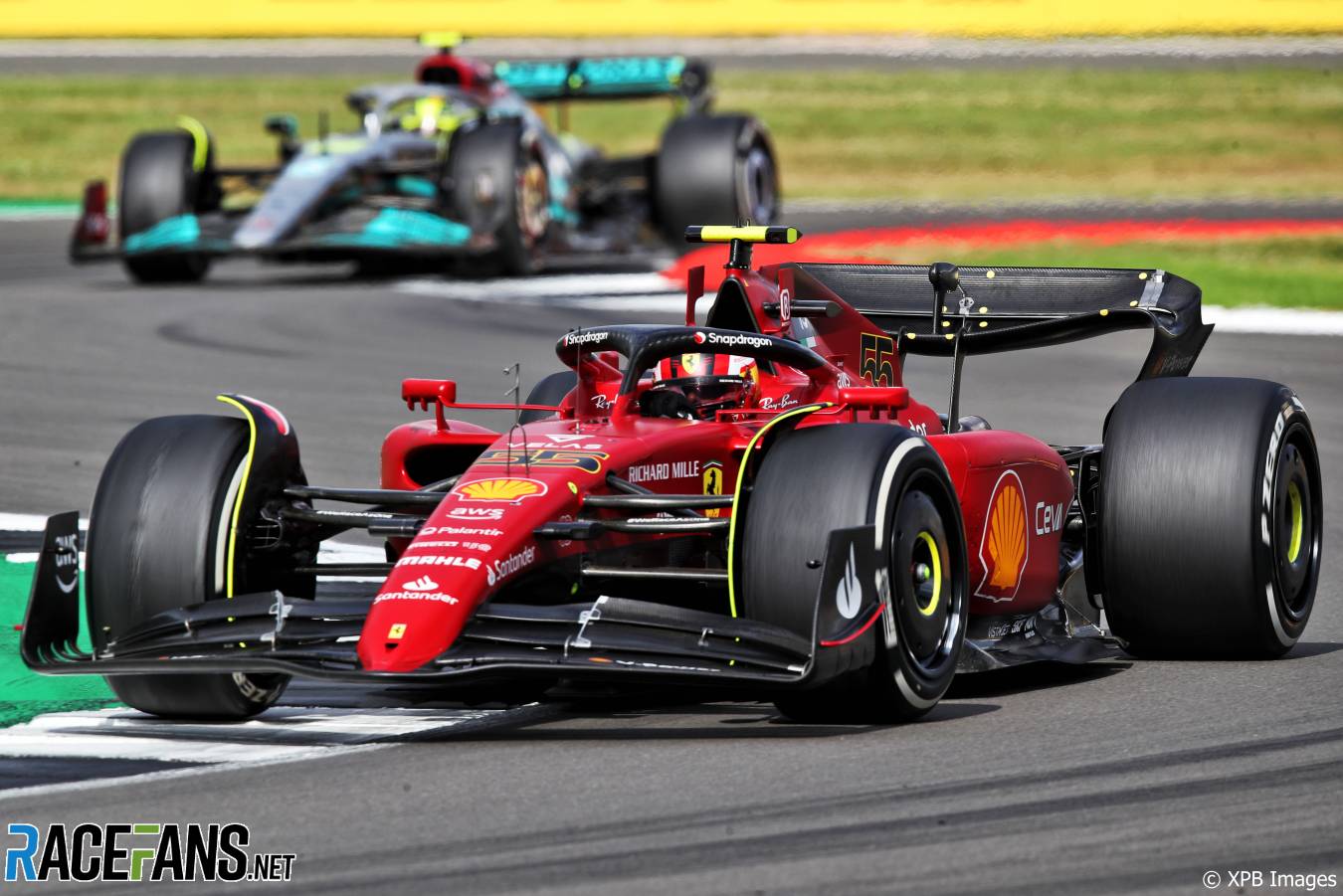 Carlos Sainz “could not ask for more” after claiming his maiden race victory in a dramatic British Grand Prix.

Sainz used fresh soft tyres to overtake team mate Charles Leclerc for the lead after a late Safety Car restart and pulled away from Sergio Perez to take the chequered flag and take his first grand prix win.

After waiting 150 races to step onto the top step of the podium for the first time, Sainz says he is “incredibly happy” to finally taste victory.

“First race win, 150 races later, with Ferrari, in Silverstone, I could not ask for more. It’s a very special day, a day that I will never forget, a very special weekend in general.”

Sainz had held off Max Verstappen at the initial restart following a long red flag period, but lost the lead after a mistake at Chapel on lap ten.

“It was not easy, said Sainz. “I struggled quite a bit with the balance, especially on the first stint with the medium tyre.

“Max was forcing us to push us quite a lot through the high speed, I opened the front left but even with all that I stayed believing that it could still happen.”

Sainz was running in second behind team mate Leclerc until a late Safety Car period due to Esteban Ocon stopping on the circuit. Leclerc was told to stay out, but Sainz pitted for soft tyres, resuming still in second place with a tyre advantage over his team mate.

“I needed to stay in the race,” Sainz explained. “I was trying to and then all of a sudden the Safety Car gave me the opportunity to get back on it and we did it.

“You can imagine the nerves on that Safety Car restart, knowing it was my chance and getting it done and then the win.”