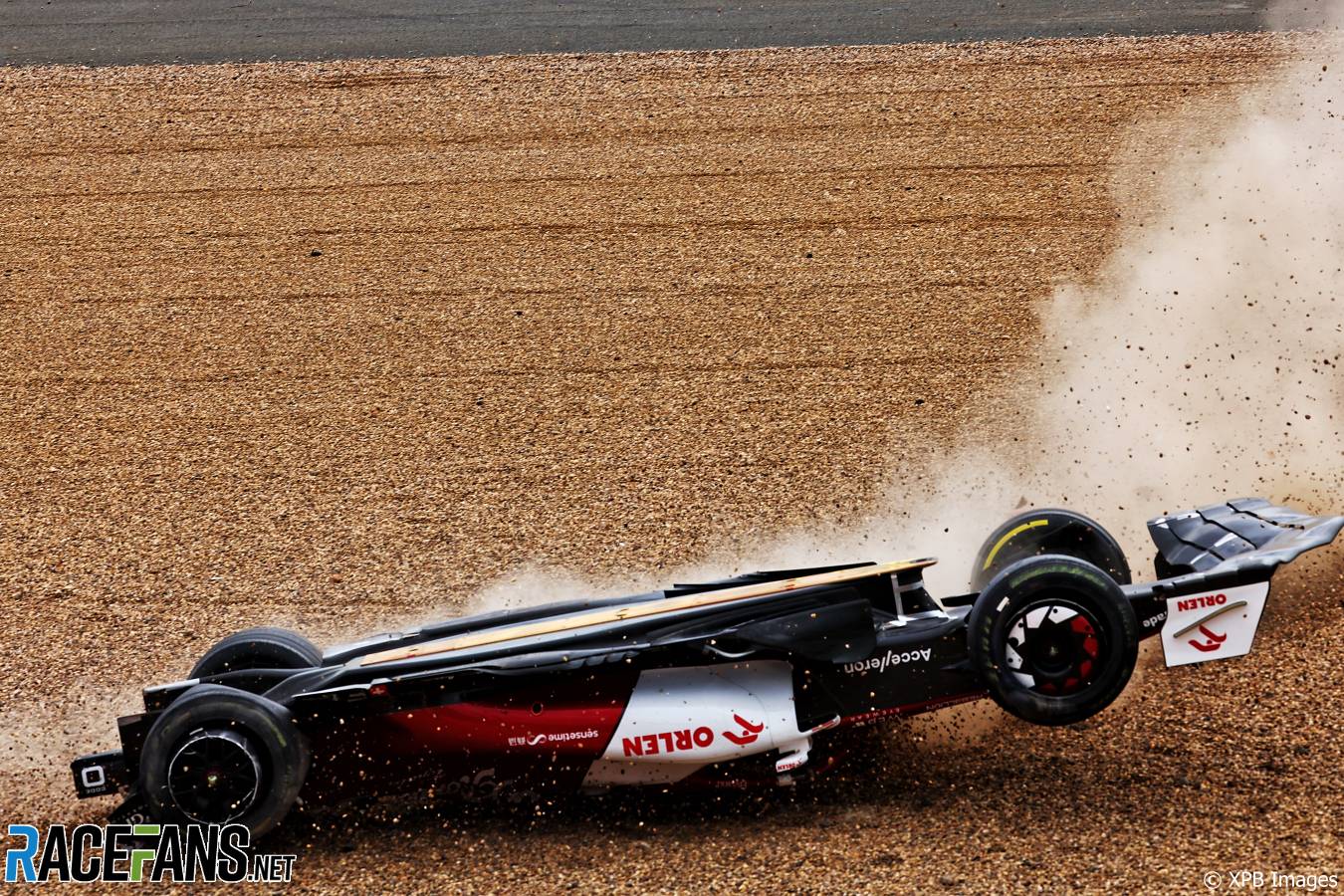 George Russell says Formula 1 will have to consider what it can learn from Zhou Guanyu’s huge crash at the start of the British Grand Prix.

The Alfa Romeo driver’s car was launched over the tyre barrier at Abbey after contact with Russell as they accelerated towards the first corner.

“Firstly, I’m glad to see Zhou’s okay,” a visibly shaken Russell told media including RaceFans at Silverstone. “Incredibly scary incident. Not just for him, but I’m sure for everyone in the crowd as well. Never nice to see.”

Zhou gained on Russell at the start as the Mercedes driver lacked grip having chosen to start on the hard tyre compound.

“Obviously, we took a gamble starting on the hards because I didn’t do a good enough job yesterday in qualifying and we were starting out of position,” he explained. “We knew it was going to be very tricky.

“But I just got completely swamped by everybody at the start and next thing I know I was in the side of Zhou.”

Russell was shocked when he discovered Zhou’s car had cleared a tyre barrier and dropped into the gap between it and a debris fence in front of the crowd.

“It was horrible,” he said. “I mean, in that position, he was stuck there and there’s nothing he could have done.

“We need to have a think, I guess, to avoid a car being stuck in such a fine gap in the space between the tyre barriers and the metal fence. He was just stuck in there, nowhere to go.”

He admitted he was frustrated at being unable to take part in the restart as the marshals had already begun to clear his car out of the way when he returned to it.

“[When] I saw it was a red flag I jumped out to see if he was okay. And when I came back – I couldn’t quite get the car started but I just wanted to check with my team – and when I came back the car was already on a flatbed and the FIA said we couldn’t restart. So it’s annoying because the only issue we had was puncture.”

“The car was generally fine,” he added. “A little bit of damage but nothing show-stopping. So many different emotions right now. I was really excited to see how the performance the car would have been but looking forward to see how Lewis gets on now.”