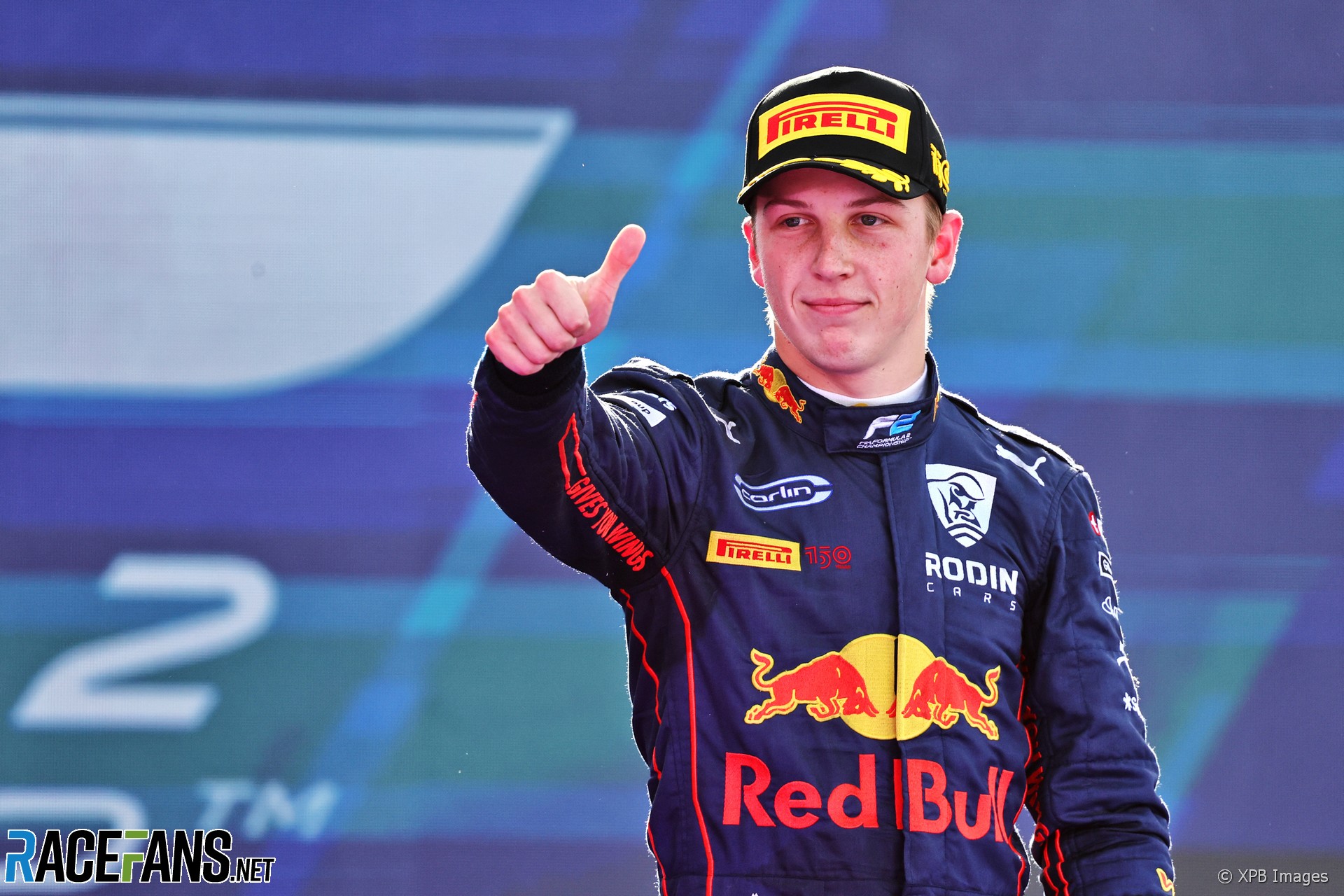 Vips, who took part in a Friday Practice run for Red Bull at the Spanish Grand Prix, was dropped by Red Bull after he used a racial slur during a live Twitch stream late last month. Vips had been streaming with Lawson at the time of the incident.

“Jehan is doing a great job and we’re just following his progress with interest, as well as Dennis Hauger as well, all qualifying for super licences. That’s our coverage at this point in time.”

After narrowly failing to get through to Q3, Pierre Gasly said he was expecting to struggle to progress out of the very first phase of qualifying at Silverstone.

“It’s quite sad to say but I’m actually pretty pleased with with 11th because we knew coming here will be extremely tough considering all the high speed corners,” said Gasly.

He said the situation was so bad that AlphaTauri had not anticipated a top 15 start. “Today we were wondering actually if we can get out of Q1, in the end we came close to Q3. So it was quite positive considering where we are at the moment.”

After qualifying fifteenth for the British Grand Prix, Esteban Ocon said that his Q2 run had been compromised by a hybrid system failure that saw his car’s battery fail to charge correctly.

“We had a battery related issue, unfortunately,” Ocon admitted. “We missed quite a lot of of power in the last couple laps and I was I was down at 0%, I guess. So, not ideal, unfortunately.”

Ocon said he hadn’t experienced the problems before. “I trust the guys to to find the issue and and get it fixed for tomorrow,” he said.

“We’ve done it [before], starting from the back and coming back into points,” Ocon added. That’s going to be the game again. And hopefully we can do that.”

Formula 2 sprint race winner Jack Doohan completed a test for Alpine at Monza, on the Tuesday before the British Grand Prix.

He said the test was part of his regular programme as a member of the Alpine Academy. “The main goals were just to familiarise myself more with the Formula 1 car and try to get a better understanding of what goes on inside and how I can better use the tools that the car has available for me,” said Doohan.

“So we were working on different mappings and different settings as Monza is quite a heavy braking track with a lot of top speed into very tight chicanes, has a mixture of very low speed and very high speed. So a lot that can be done throughout the lap.”

“It went well and was in the end a little more seat time, but they’re completely different machinery in the end. It’s night and day, the differences between the two. So it’s not easy, obviously, to switch. But to be honest, when you hop back in, everything feels very slow. So it’s quite good.”

Congrats on the first Pole, Carlos! 👏👏

Loss of power in Q2. Tomorrow we fight for those points. pic.twitter.com/Y8zMXr2jL7

Seb moving the barriers himself to make sure that they can be closer with fans… Yeah, usual Seb stuff.🥹💚 pic.twitter.com/XKTu8SRPUI

DS Techeetah somehow always finding a way to make both drivers unhappy with team orders after a promising qualifying is arguably becoming one of FE's biggest memes by now. 😅 #ABBFormulaE #MarrakeshEPrix

"Both championships are very important to me. And we’re in a great position for both right now, even if it’s important to remember the season is long and everything can change so fast."

Two men in hospital after fight at Silverstone circuit (BBC)

"Two men are in hospital and four have been arrested following a fight at Silverstone, police said. Four men, aged 40, 35, 35, and 30, were arrested and Northamptonshire Police are appealing for witnesses."

"We are in the UK for the British Grand Prix and we have a selection of the finest crisps this country has to offer. We're sure Max Verstappen and Checo Perez will love them."

Billy Learns To Drive With His Mouth (Channel 4 via YouTube)

After a wet qualifying for the British Grand Prix saw a driver claim a maiden pole position and Nicholas Latifi reach Q3 for the first time, @petebaldwin feels that was sufficient entertainment for a Saturday…

I’ll say it – that was a million times better than a sprint race!
petebaldwin