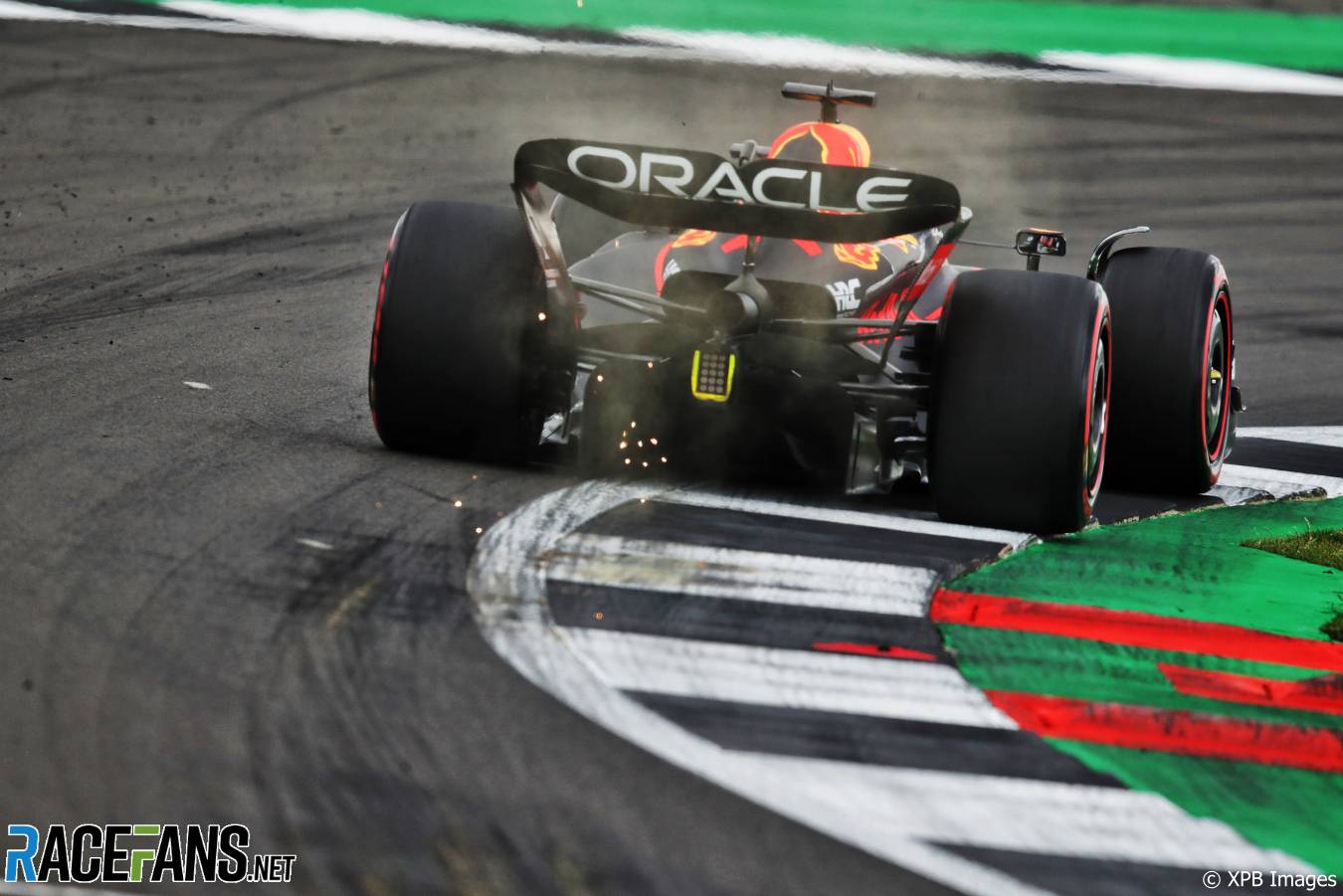 The FIA’s plan to clamp down on Formula 1 cars porpoising is a “dangerous avenue” for the sport, Red Bull team principal Christian Horner has warned.

The governing body of Formula 1 plans to enforce a new metric from the French Grand Prix which will prevent teams’ cars from porpoising excessively at speed. Any teams whose cars are found to be bouncing too severely will be required to make changes to their set-up to ease the problem.

Horner says the plan risks giving the FIA too much say over how teams may run their cars.

“The metric that it talks about is quite complicated,” he said in an FIA press conference at Silverstone. “That’s a concern about it, and over what period is the measurement taken, individual instances and all that kind of thing.

“I think when you look at it from a purist point of view it’s not ideal because it seems that we’re giving more and more influence to the FIA to dictate what your set-up is. At what point do they say that you have to run this rear wing or ride height? It’s a dangerous avenue to go down.”

Horner said it shouldn’t be necessary to keep the new mechanism in place beyond the end of the season. “I understand on the grounds of safety that this is being introduced because the porpoising on a limited amount of cars is obviously at an extreme level, and they’re looking to have a mechanism to control that.

Horner pointed out the metric will be difficult to enforce because the harshness of the ride a driver suffers can change if they run wide.

“Obviously, it’s a key performance factor so you can understand why they’re looking at it,” he said. “But of course, the difficulty is if a car runs wide at Copse I’m sure the driver’s backside is getting pretty warm with the amount of wood he’s leaving on the aggressive kerbing there.

“So again it’s something that the regulators are closely looking at that there is no abuse. But again, it has to be subjective.”

Williams CEO Jost Capito is also concerned about the complexity of the new directive. “The proposal is much too complicated and we have to find simpler solutions that still allow the team to work into the set-up and still fulfil the regulations,” he said.