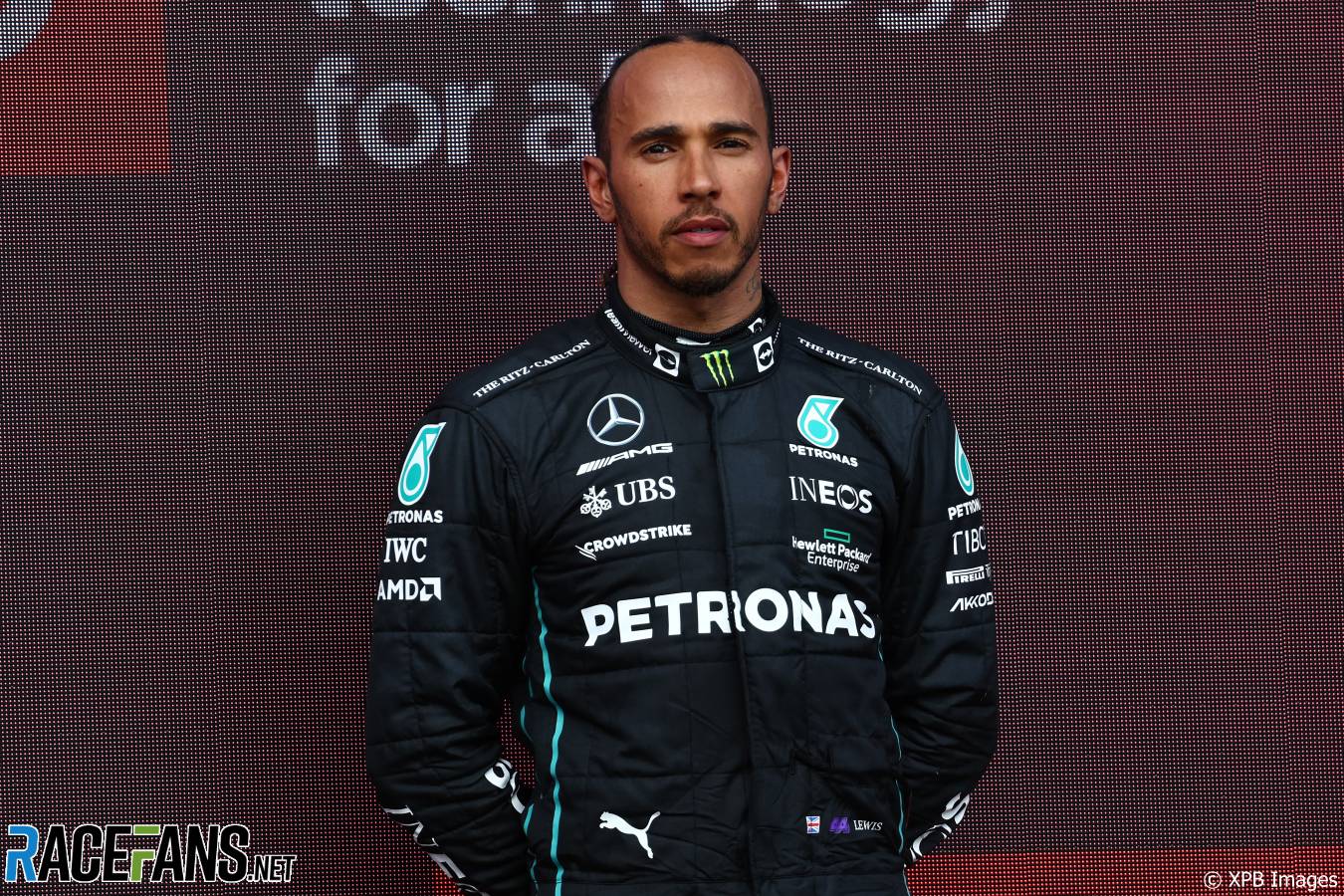 Lewis Hamilton spoke up in defence of a group of protesters who were apprehended by the authorities after they tried to disrupt the start of the British Grand Prix.

However Carlos Sainz Jnr, who saw them “running towards me” said they should choose a safer way to protest.

The FIA and Formula 1 confirmed a group of protesters had been arrested after trying to gain access to the track at the original start of the race. It was red-flagged around the same time due to Zhou Guanyu’s huge crash.

“I didn’t know what the protest was for, I only just found out,” said Hamilton after being told about the anti-oil protesters. “I love that people are fighting for the planet and we need more people like them.”

Mercedes said in a statement Hamilton was “endorsing their right to protest but not the method that they chose, which compromised their safety and that of others.”

Sainz said he initially through the race had been stopped because of the people he saw near the track at the start of the race. “I thought the red flag was for that because as soon as I came out of five I saw three guys running towards me,” he said.

He said he is sympathetic to their cause and pointed out F1 is making steps to reduce its use of fossil fuels. But Sainz said protesters they must not put lives at risk.

“People obviously need to speak out and do manifestations wherever they want because it’s a right,” he said. “I just don’t believe jumping into a Formula 1 track is the best way to do it and putting yourself at risk and all the other drivers.

“Yes I support the cause, I think Formula 1 is doing a great job already to try and go carbon zero by 2030. And we are pushing on this area and we are pushing F1 and pushing FIA to find ways to go in this direction.

“I just don’t believe jumping into a Formula 1 track is the right way to manifest yourself and protest, you have to be more careful because you can kill them, you can generate an accident.”

“Certainly Formula 1 needs to do more, needs to keep pushing and keep improving and going in that direction,” he said. “And it’s great to see people fighting for their cause but obviously it’s [better] that they don’t put themselves at risk and they don’t put other people at risk.

“But I’m sure that Formula 1 can still do more and we have to keep pushing together to show a good example.”