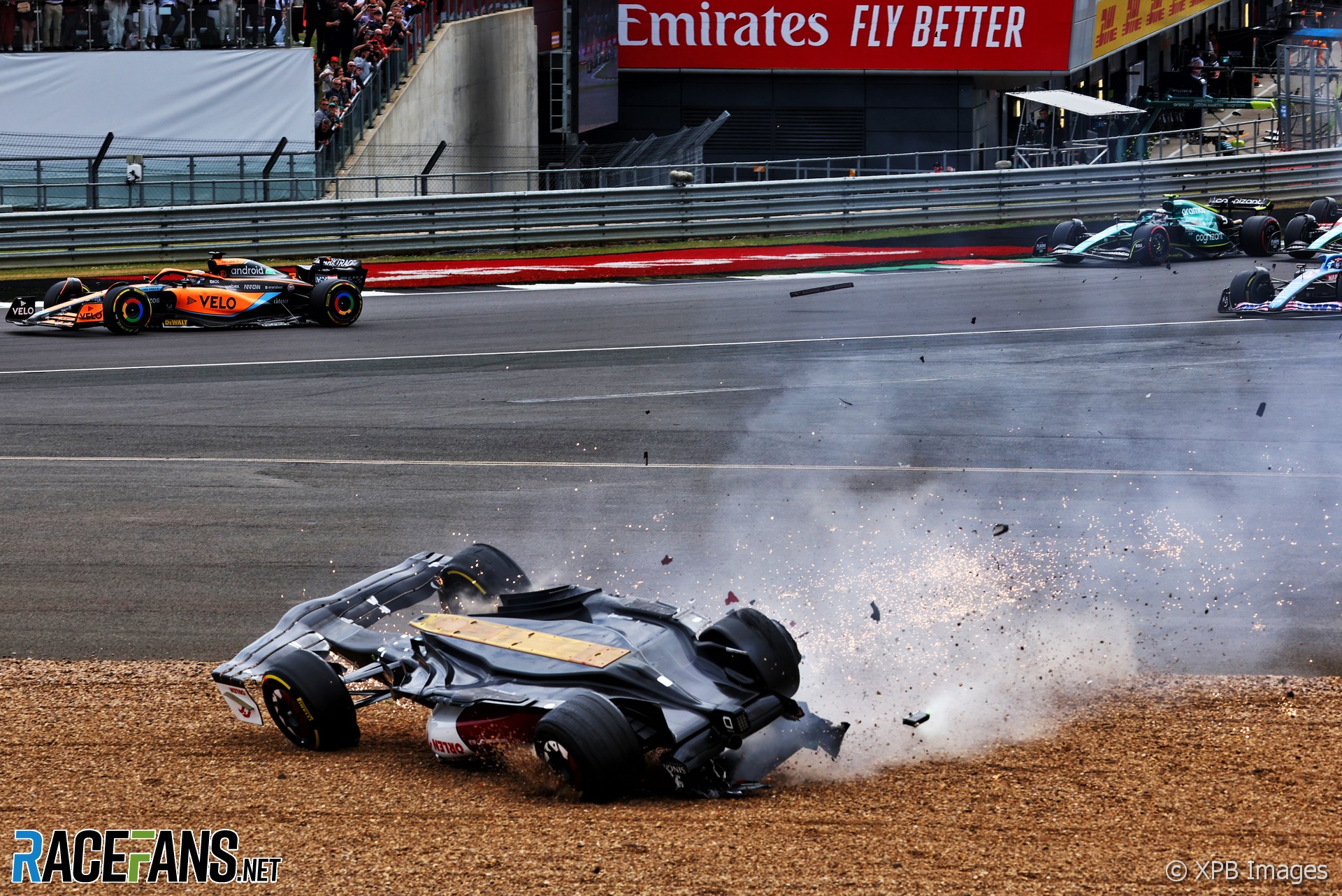 Carlos Sainz Jnr said the FIA deserves praise for the for safety improvements it has made in recent years after drivers survived two dramatic crashes at Silverstone.

A major crash at the start of the grand prix saw Zhou Guanyu’s Alfa Romeo flip onto its halo crash structure. His car then cleared a tyre barrier and came to a rest upside-down.

It was the second crash of the day in which the halo, which was introduced four years ago, played a vital safety role. During the Formula 2 feature race Dennis Hauger’s car was launched on top of Roy Nissany’s, landing on the halo.

The British Grand Prix winner said he avoided watching footage of Zhou’s crash between the initial start and the restart. “I knew there must have been a big shunt for a red flag, but I didn’t watch the TV,” he said. “So obviously I was incredibly happy to see Zhou coming out of the car without major issues.”

Speaking in the FIA press conference after seeing footage of the crash for the first time, Sainz said he was “completely shocked” by the scale of the accident.

“It was incredible, the crash and the fact he came out of it, it’s crazy,” he said. “I just find it incredible that he can come out of it.

Sainz said that he was relieved to be racing with such high standards of safety. “I feel so happy to be racing in Formula 1 in an era where we are pushing each other [at] higher than 300 kph like you saw today, racing.

“You guys cannot imagine the speeds we’re doing in the high speed, changing directions, fighting for position and knowing that you can do that safely or within a safety window, I thank them for this.”