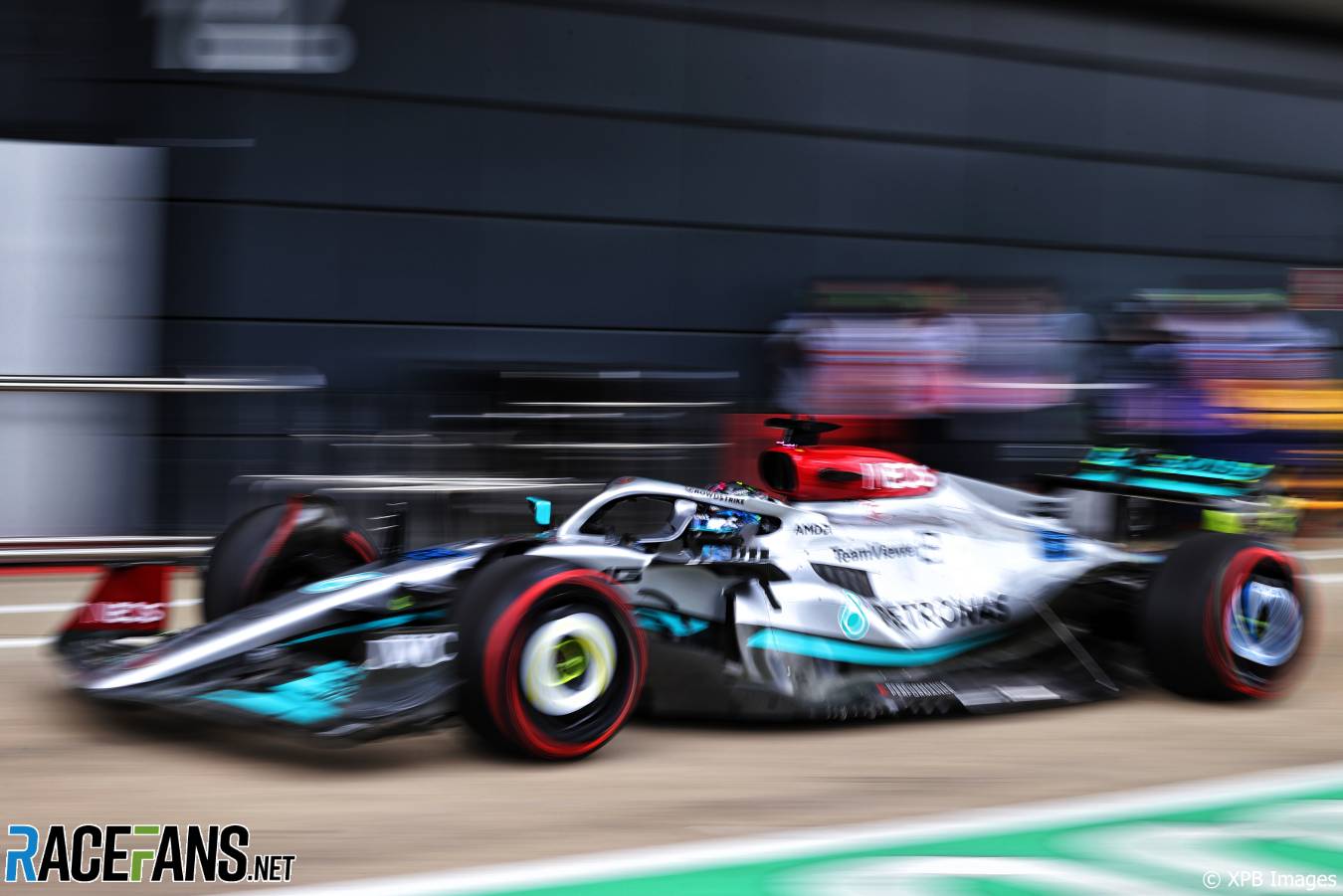 Mercedes team principal Toto Wolff says he was surprised to learn the FIA plans to toughen up the policing of floor stiffness from the French Grand Prix.

After issuing a technical directive on the subject of cars porpoising at the previous race, the FIA put out a revised version ahead of this weekend’s British Grand Prix.

Wolff said the directive had clarified an area of the regulations relating to the cars’ bibs and floors, which will come into force in two races’ time.

“I believe that some teams have been stretching that maybe too much and that’s going to change before Paul Ricard,” he said.

The FIA’s clarification came as a surprise, said Wolff, who believes the regulations regarding floors had been unambiguous.

“Nobody had an idea until the FIA brought it up in the last technical advisory committee, which was to a great surprise of all the teams, because what’s in the regulation and what the intent of the regulations is pretty clear,” he said.

“I mean, there is no argument why that could deflect more than than what’s in the regs. So it’s a bit of a surprise to say the least. More of a shocker.”

McLaren team principal Andreas Seidl said he was pleased with the steps the FIA had taken since Canada, where the original technical directive provoked controversy.

“What I was very pleased with the last two weeks, after all the emotions in the Montreal paddock, is that we actually had a good process in place. The last two weeks, led by the FIA, we had a technical advisory committee where the experts came together and actually discussed the way forward under the clear leadership of the FIA.

“Which was important, they made it clear that on the grounds of safety, they will implement changes and the will implement a TD. I was very happy that each team actually could contribute and still can contribute to this TD that comes into place from France onwards.

“In parallel, also regarding the direction for next year, that’s the right process. That’s what I would like to see as well how Formula 1 works and I’m pretty happy with that.”