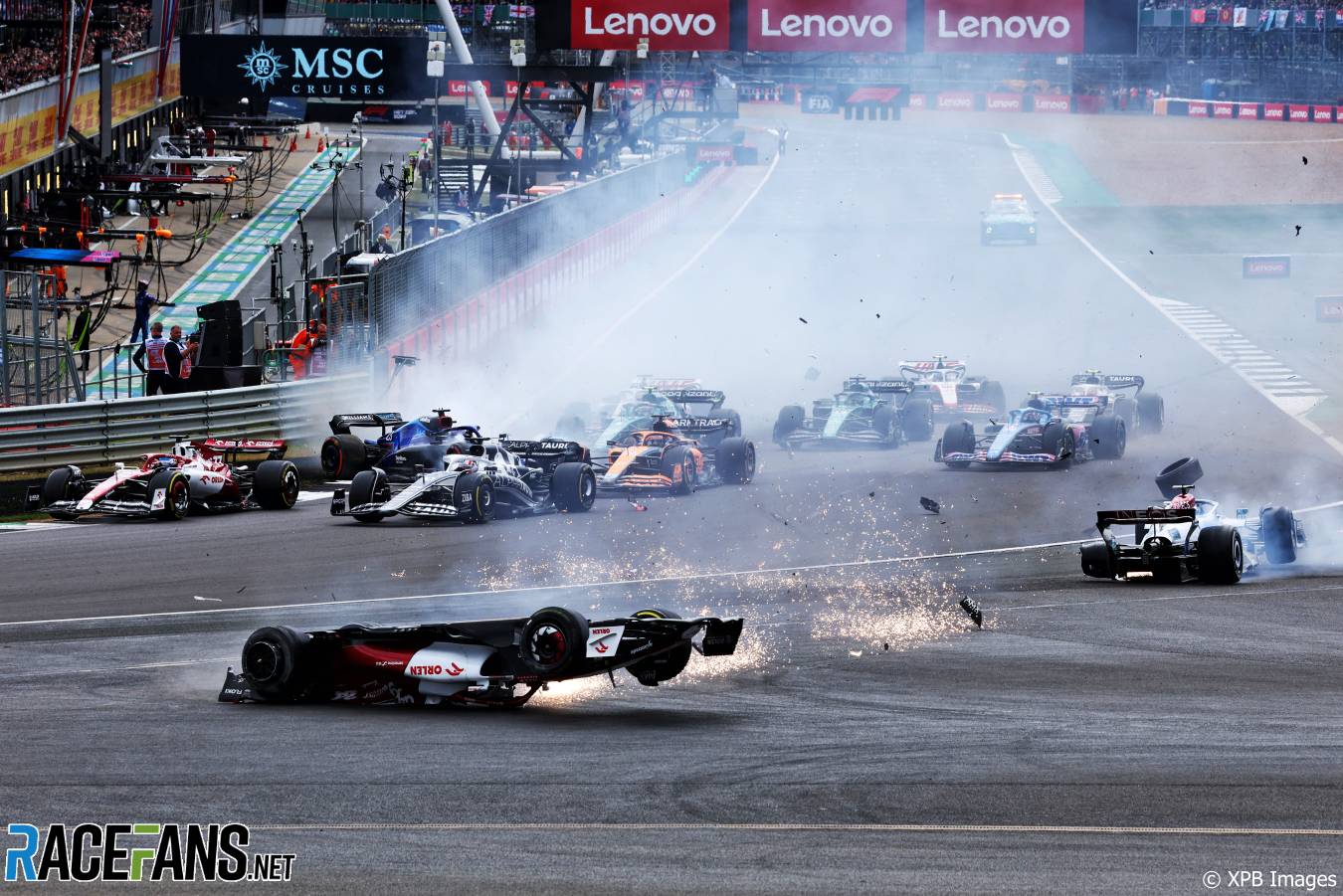 The British Grand Prix has been stopped on the first lap of the race after a major crash at the first corner involving seven drivers.

The Alfa Romeo struck a debris fence on the outside of the Abbey corner and came to a rest upside down between it and the tyre wall.

The medical team attended to Zhou, who was taken away on a stretcher. Russell stopped at the crash scene and got out of his car while Gasly returned to the pits.

A second crash occurred as following drivers tried to avoid the unfolding collision. Sebastian Vettel and Alexander Albon made contact, which sent the Williams into the pit wall. From there he spun into the path of Esteban Ocon and Yuki Tsunoda.

The FIA subsequently confirmed Zhou and Albon were taken to the medical centre and were conscious when they arrived. Zhou remains under observation while Albon is being taken by helicopter to Coventry Hospital for precautionary checks.

Zhou’s team mate Valtteri Bottas was subsequently told by his team: “Zhou is conscious, he is talking, there is no fractures and considering the circumstances he is pretty good.”

The race later restarted with the cars in their original starting position, minus those which had retired from the race. The stewards have confirmed no investigation is necessary over the incident.