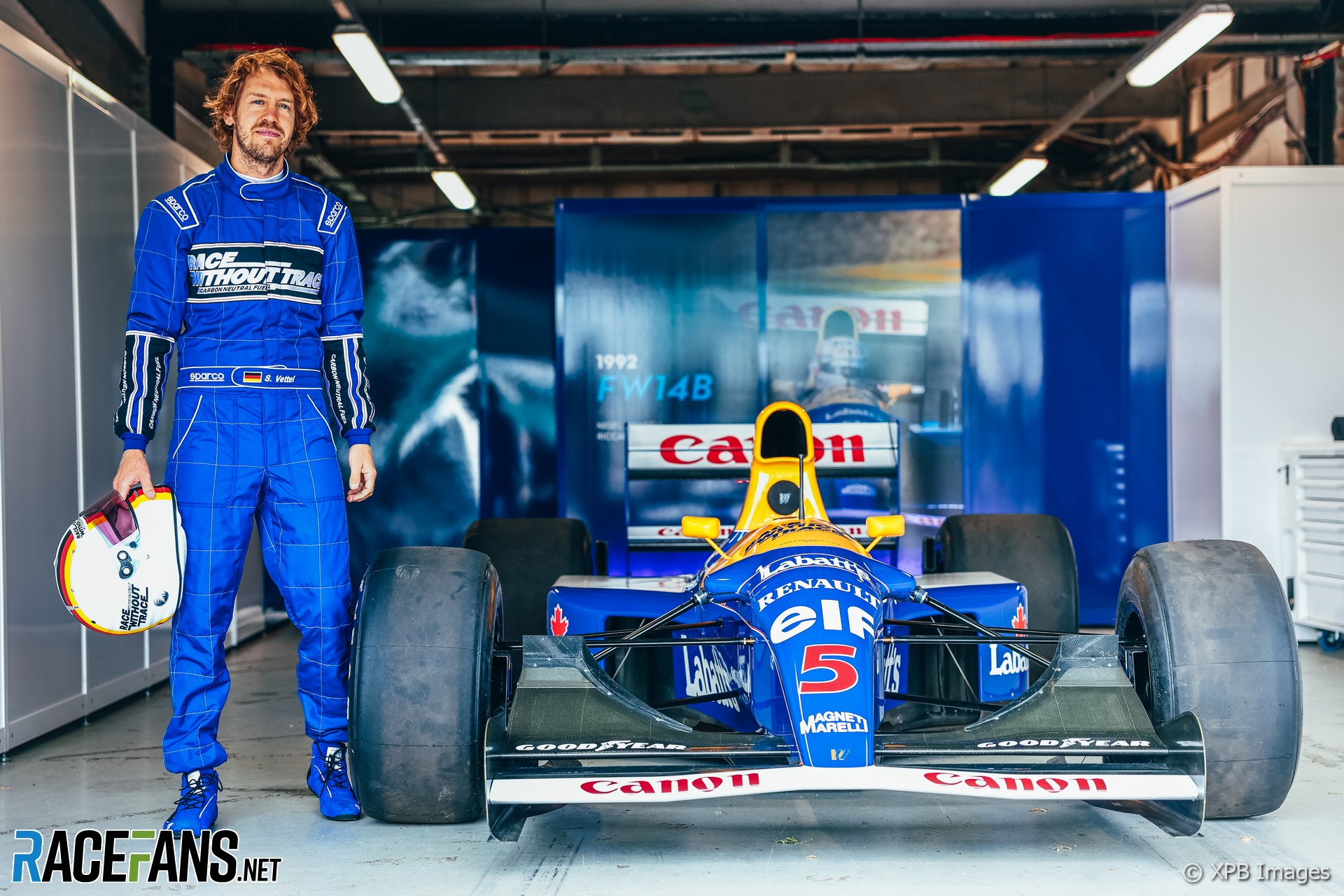 Vettel, who races for Aston Martin in this year’s Formula 1 championship, personally owns the car having purchased the model emblazoned with the famous ‘red five’ some years ago.

Vettel says that the demonstration run was his idea and will be the first time he has driven the iconic machine that claimed 14 pole positions, nine grand prix victories and 12 podium appearances en route to the British driver’s sole world championship title 30 years ago.

Vettel said the 1992 model with Mansell’s famous red number five holds special sentimental value to him from his earliest memories of watching Formula 1 as a child.

“Obviously I’ve got the number five on my car. I won my first championship with the red five – even if it was a little bit smaller on our car back then – but still it was number five. I was wearing number five throughout karting quite a lot and I’m having number five now, so there’s a link there.

“I think the early nineties is the memories that I have from Formula 1, the first sort of memories – that car, the years after. So it was my idea, my initiative and I thought exactly 30 years after it won the championship in 1992, but it also won the British Grand Prix 30 years ago, it’s a great, great idea.”

Having become increasingly outspoken about concerns over environmental sustainability in Formula 1 and motorsport in recent years, Vettel says that his demonstration run on Sunday will be carried out using sustainable fuel.

“I also thought we have to do it in a responsible way,” Vettel explained, “so I’m using carbon neutral fuels on Sunday to demonstrate that we can still hang on to our history and heritage and culture in motorsport, but do it in a more responsible way.

“So I’m very much looking forward to drive the car for the first time and to hear the car. I think a lot of people will share the joy with me.”

The British Grand Prix is the home race for Vettel’s Aston Martin team, whose factory is located barely a kilometre away from the gates of the circuit. Vettel says that British race is a “very special” round for him and Aston Martin.

“Our team is just from across the road and we certainly win the competition of who is closest because it’s sort of – except two, three teams – maybe everybody’s home grand prix in a way,” he said.

“But definitely, I think, racing for Aston Martin, a British brand with a lot of heritage. And being across the road, I think everybody sees our new facilities coming up every time they get in. It is a very, very special weekend for us and we’re very much looking forward to it.

“I’m looking forward to Sunday to drive Nigel’s car from ’92 – 30 years later. That should be thrilling. So lots of things to look forward to.”

Vettel in the Williams-Renault FW14B