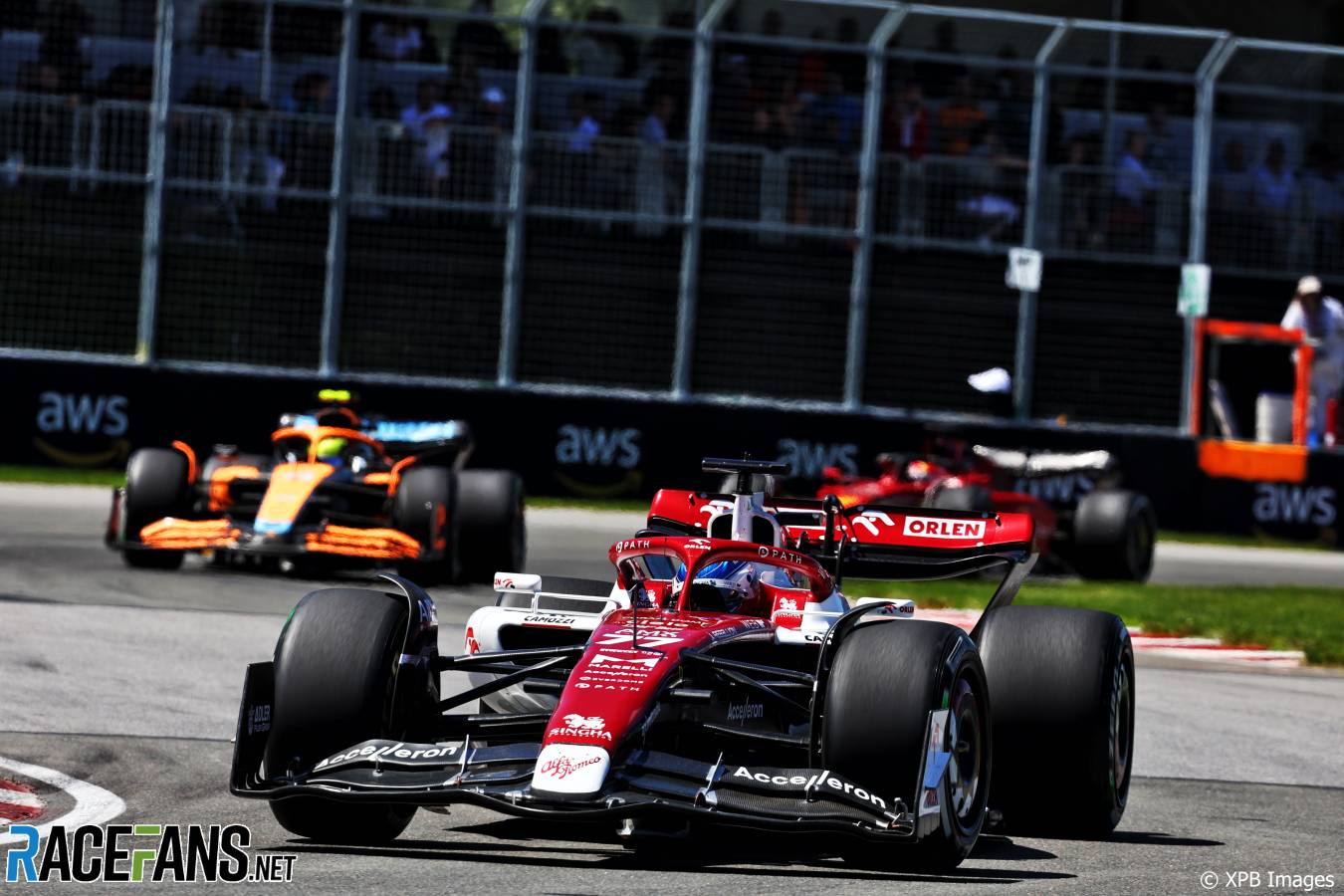 In the round-up: Alfa Romeo expect to be “fighting at the top of the midfield” in the coming races.

Alfa Romeo head of trackside engineering Xevi Pujolar believes both drivers can fight for points at the British Grand Prix after both finished in the top 10 at Montreal.

“So for the next couple of races, we expect to be fighting at the top of the midfield; Alpine, McLaren and see if we can get some more points.”

Valtteri Bottas and Zhou Guanyu both scored points at the last race, which was the first time the team had done so since the opening round.

“Double points, that’s our targets,” Pujolar confirmed. “We are in a position that we want to be in Q3 with both cars and that’s the way then we can fight solid races, against Alpine first.”

Venturi’s Lucas di Grassi, one of only two FE drivers to have competed in every round since the series’ inception, says staying on top of the punishing temperatures will be essential in Morocco, where air temperatures are expected to be in excess of 32C.

“Since the beginning of the season we have shown that we have strong race pace but Marrakech will be very hot so the correct thermal management of the car, tyres and batteries will be critical to unlocking success during the race this weekend.”

Teams and drivers struggled with overwhelming temperatures and humidity during Formula E’s previous round in Jakarta, Indonesia. The conditions can affect cars’ energy recovery as motors and batteries rapidly switch between charging and discharging.

Any form of racist language is unacceptable. Even if Lewis had not already done more than enough to earn our respect, he should never be a victim of this kind of abuse, especially from a fellow racer. Those associated with F1 should set a better example. https://t.co/ZbJXBs18Bp

Emphasis on “there has been plenty of time to learn.” https://t.co/UeL1AuyeuE

#F122game is now available for Champions Edition players on Steam. We're very sorry for the delay in the game unlocking for those who purchased early.

Players affected will be contacted shortly.

Alongside learning about the vehicles, parliamentarians had an opportunity to meet Steve Sapsford, Managing Director at Southern California Edison (SCE), an automotive industry expert on future propulsions systems and the role sustainable fuels can play in powering the large number of existing international combustion engine vehicles that are already on the road. He was joined by Paddy Lowe who, following technical roles within Williams, McLaren and the Mercedes-AMG Petronas F1 Team, founded and is now CEO of Zero Petroleum.

Hauger: 'I’m watching the races, Prema and the guys I raced last year like Arthur (Leclerc). There’s a lot of fighting and lots happening. I think Arthur has definitely been a strong one.'

Abbi trails Jamie by 37 points and will look to reduce the arrears by taking her maiden W Series victory at Silverstone, the circuit where she finished eighth on her W Series debut last July. Abbi’s mentor Alice dominated her home race 12 months ago, taking pole position and recording the fastest lap on her way to an emotional victory watched by her family in the grandstands.

While F1 and the FIA condemned the racism Lewis Hamilton faced recently, @Bosyber asks why the specifics of who had used the language was absent from their statements:

One thing these statements do not do, is name Piquet, or say that using a slur against someone is a racist thing to do per se; instead they talk about Hamilton merits, which is okay in itself, but it shouldn’t be the point that he’s too good a guy to be racist to it seems to me.

They also don’t ask for anything to be done or changed to help prevent others from being racist. So they are in themselves a bit underwhelming for an issue that apparently goes back to a November interview that resurfaced now.
@Bosyber