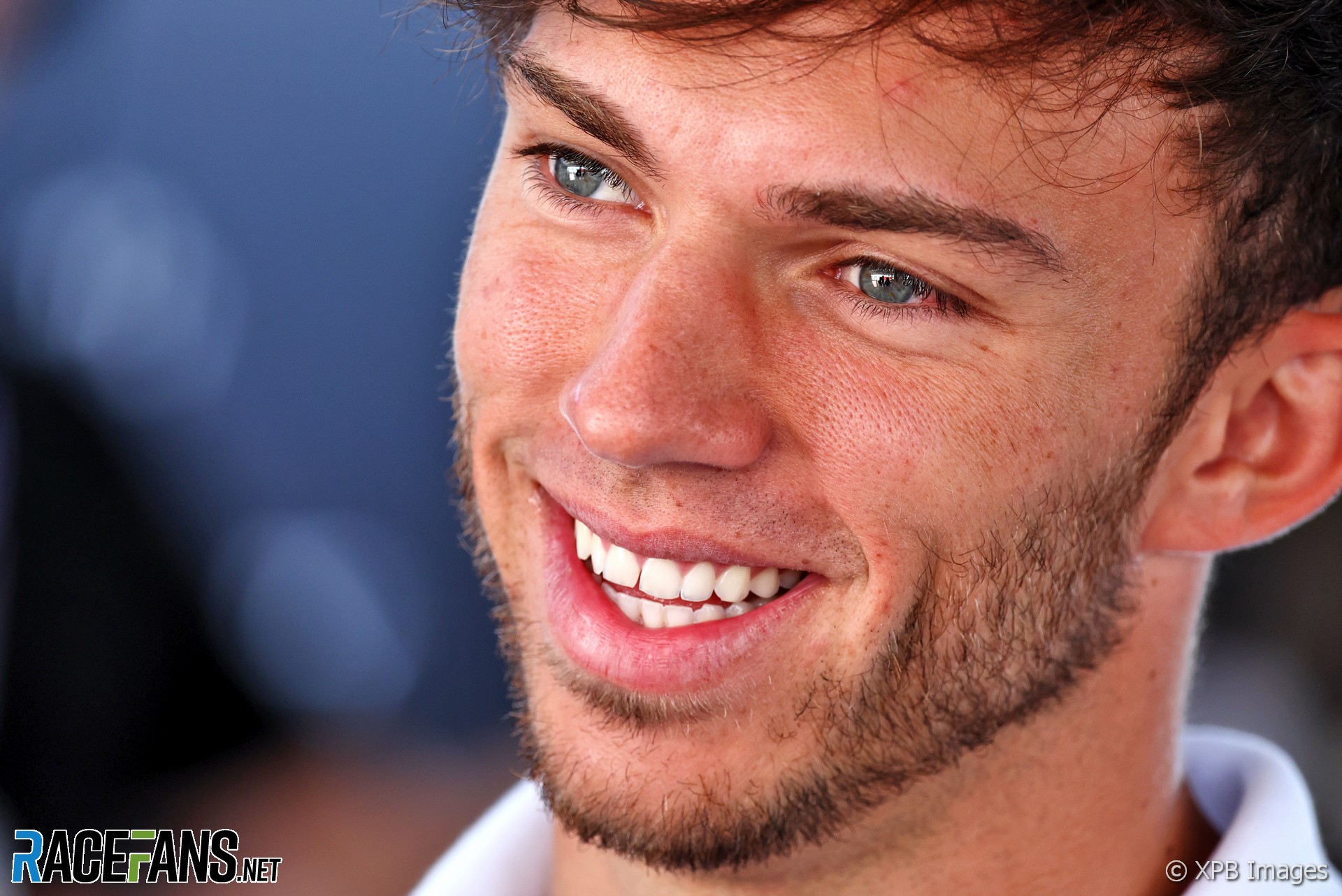 Pierre Gasly’s long association with Red Bull’s junior Formula 1 team, which began five years ago, will continue for at least one more season.

AlphaTauri has confirmed Gasly will drive for them next year. The official announcement comes after Gasly told RaceFans in April he will remain at his current team in 2023 and his team principal Franz Tost said the same at last weekend’s Canadian Grand Prix.

Gasly’s hopes of a return to Red Bull Racing, where he spent an unsuccessful half-season in 2019, were dashed when the team announced a new two-year contract for Sergio Perez earlier this season.

He said he is “happy to remain with my Scuderia AlphaTauri team” for next year. “This year’s new regulations have created new challenges for us and being able to plan our development with the team for the next 18 months is a good working basis for the future.”

Tost said Gasly is “definitely in the group of the best and most competitive drivers in F1 and has proven his abilities during all the time he has spent with us.

“Undoubtedly, Pierre can play a major role in the team having a successful season next year and it will be down to us to provide him with a competitive car, so that he can continue to deliver excellent results.”

Gasly is already on course to become the longest-serving driver at Red Bull’s junior F1 team, which was previously known as Toro Rosso. He is due to surpass Daniil Kvyat’s tally of 89 starts at Toro Rosso and AlphaTauri before the current season ends.

The identity of Gasly’s team mate for next year has not yet been announced. Yuki Tsunoda, who joined the team last year, is in his second season alongside Gasly.

24 comments on “Another season at AlphaTauri for Gasly officially confirmed”