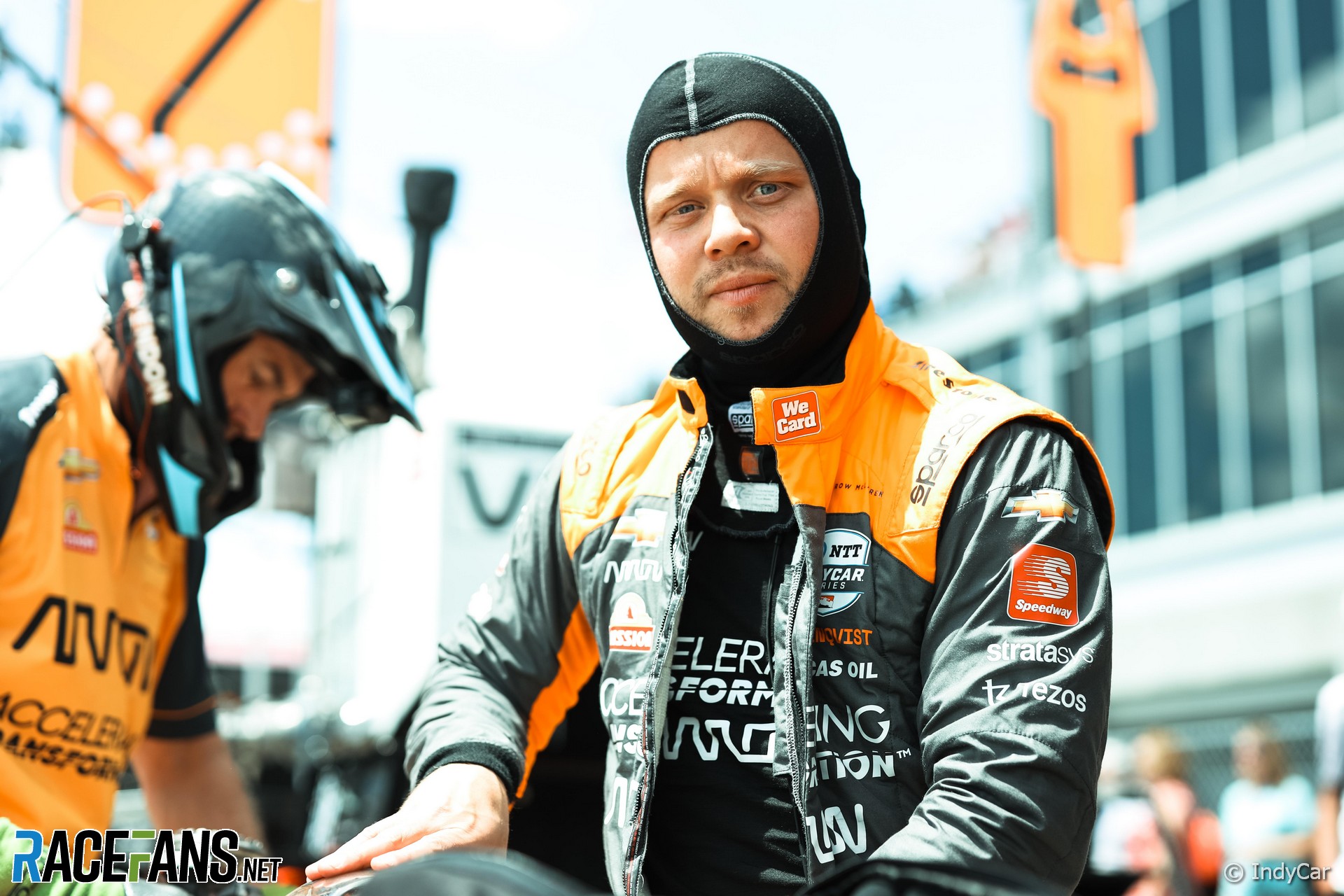 Felix Rosenqvist will remain a McLaren driver in 2023 but the team is yet to confirm which series he will compete in.

The 30-year-old has raced in IndyCar since 2019 and joined the McLaren SP squad last season. It has already confirmed current driver Pato O’Ward and Alexander Rossi as two members of its expanded three-car entry for next year.

However McLaren will also enter a team in Formula E for the first time next season. Rosenqvist previously raced in the series for Mahindra between 2016 and 2019.

McLaren announced today it has extended Rosenqvist’s contract for next year and will confirm which series he will race in at a later date.

Zak Brown, CEO of McLaren Racinf, said the team had been eager to re-sign the driver who has enjoyed success in both disciplines.

“As a proven race winner in both categories, it was important for us to secure his talent withing the McLaren Racing family as we work to finalise our plans for 2023,” said Brown.

“His experience in Formula E would be invaluable as we head into this exciting new era of racing for McLaren Racing but he has also made a fantastic contribution to our IndyCar team. I look forward to working together with him to finalise the best opportunity for him next season.”

Rosenqvist said he expects to be “in a position to announce my plans in the coming weeks.”

“I’ve loved my time with the Arrow McLaren SP team in IndyCar driving the number seven car and we’ve had some great moments together, including securing pole earlier this year in Texas and coming home P4 in the Indy 500,” he added.

“I’m excited and grateful to be given this opportunity to explore the new options available to utilise my experience to help McLaren start 2023 on the strongest possible footing.”