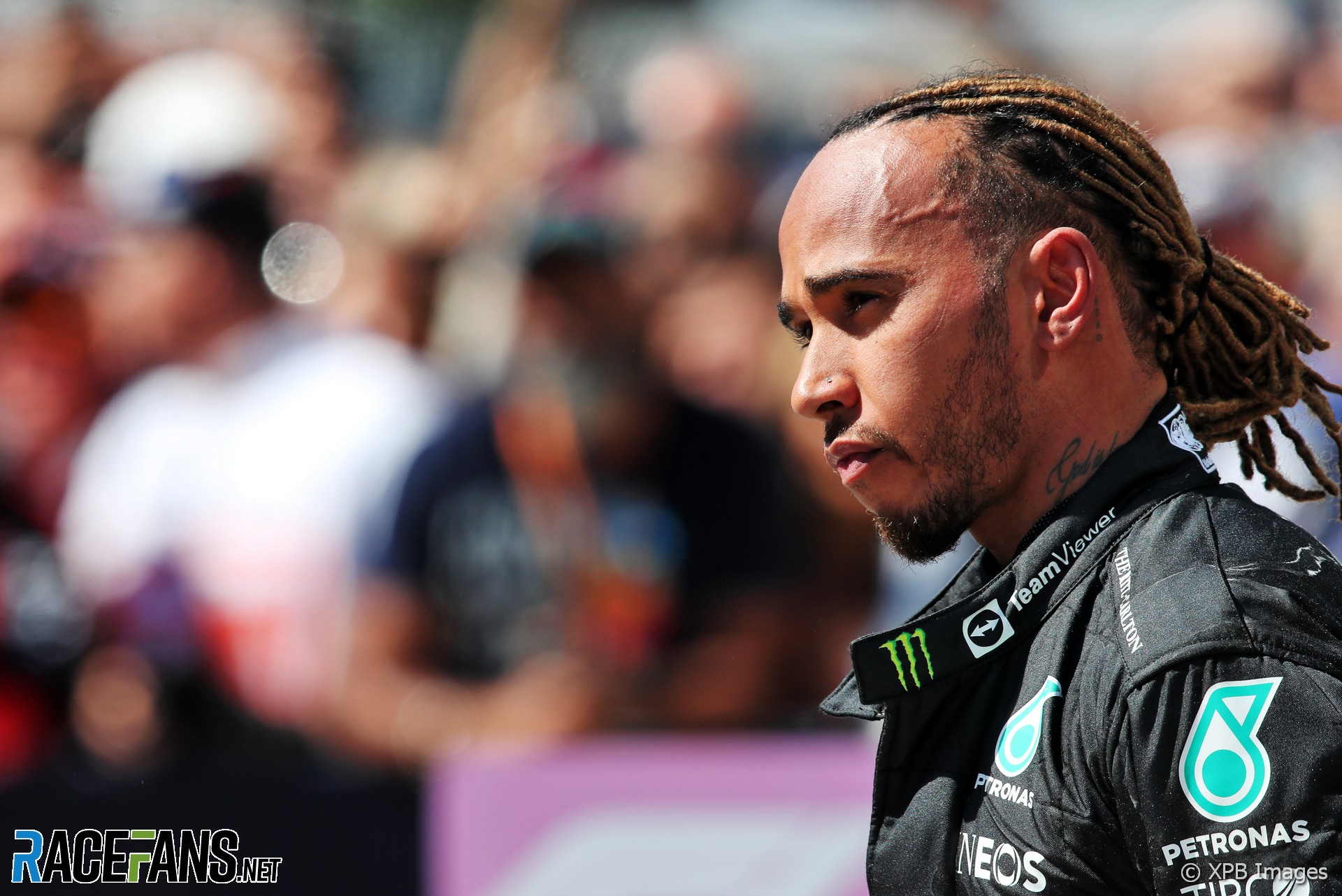 In the round-up: Lewis Hamilton has missed his best opportunity to retire while on top of Formula 1 and should step down, says three-times world champion Jackie Stewart.

Retiring would be “wiser” move for Hamilton – Stewart

Stewart, who left F1 at the end of the season in which he won his third title, told The Convex Conversation why he believes the time has come for Hamilton to retire.

“He’s done extremely well,” said Stewart. “He came from modest beginnings. His father had four or five jobs to afford his karting before a man called Ron Dennis picked him up, because he was so good at karting, and took him into McLaren and got him to win grands prix. He’s very talented.”

“When it came time to leave, it was his decision, not Ron Dennis,” Stewart continued. “It was Lewis Hamilton’s decision to go to Mercedes-Benz because he saw the potential of what they had to offer.”

After winning seven world championships, Stewart believes Hamilton is “now struggling a little bit because he’s had a new team mate who’s been quicker than him in qualifying so far this year, which is going to be difficult for him to handle. But I think it’s time for him to resign.”

Hamilton has shown he has interests beyond F1 he is eager to pursue. “He’s got music, he’s got culture. He loves clothing and the rag trade would be absolutely suitable for him,” said Stewart. “I’m sure he’ll be very successful because he’s been earning a huge amount of money – rightfully so, because he’s been the best of his time.”

Stewart believes Hamilton should step down instead of risk spending years not being able to compete. “I would like to see him resigning now,” he said. “It’s a pity he wasn’t resigning at the top. But I don’t think that’s going to happen now. But nevertheless, it’s wiser to stop than go through all the pain of not being able to do what you did before.”

Alex Albon says Williams are aiming to bring some improvements to their car for the team’s home grand prix next week.

“We’re going to Silverstone, hopefully we can see how our updates are doing and if we can get them in time,” he said.

Albon took points finishes for the team in Australia and Miami but has not scored since. “Everyone’s been upgrading, we haven’t had a major upgrade in a while now, so there’s that side to it,” he said. “Balance-wise, we have weaknesses in the car which aren’t so clear [for us] to be able to fix with what we’ve got right now.”

Third and fourth places for Hamilton and George Russell in Canada was the best result Mercedes could have scored, said Elliott, who is encouraged by the progress the team has made.

“From my point of view what’s really nice is to see a bit more pace from the car on Sunday,” he said in a video issued by the team. “Also to find some direction, I think we are starting to understand our issues, we are starting to make strides forward.

“But we are very realistic, we’ve got our feet properly on the ground and we know we’ve got to work really hard from here. We’ve got to turn that understanding into parts that we can bring to make the car go quicker and we are trying to do that as quickly as we can.”

The team has an upgrade package planned for introduction at the next race at Silverstone, Elliott confirmed.

What every racing series should do for real sustainability impact is reduce freight weight.

The target should be to reduce like 5% per year.

This impact is much much greater than adding biofuel or anything else.

Logistics are responsible for the most emissions by far.

As part of #PrideMonth, we are sharing the stories and voices from within the team. Our Strategic Partner Manager, Matt talks about his experiences in motorsport.

Indy Lights has made its next move in adopting features from IndyCar as Firestone will replace Cooper Tires as its spec tyre supplier in 2023. IndyCar is in control of its feeder championship this year as its owner Penske Entertainment Corporation took over promotion rights of Indy Lights from Andersen Promotions.

Collet: I can fight in the top three every weekend with better qualifying pace (Formula 3)

'I think so far it’s been a pretty bad season to be honest,' he explained. 'I think in the first three rounds we did a little bit but the first two races especially, we didn’t manage to put anything together, from my side in particular.'

NIO 333 has chosen the Hebei Kangbao Wolongtushan Wind Project in China and the Kasigau Wildlife Corridor in Kenya as two projects that will be supported by its carbon offsetting and wider environmental and sustainability programme.

As Mick Schumacher‘s streak of non-points finishes continues, he joins a list that means only Toranosuke Takagi, Brett Lunger, Max Chilton, Charles Pic and Luca Badoer have competed in more grand prix without scoring. SjaakFoo says it’s increasingly hard to see where the 2020 Formula 2 champion stands in a driver ranking:

Just a big ‘oof’ at this list right here. Not a list of drivers you want to be compared to, for sure.

I don’t think Schumacher is as poor as the drivers he’s being listed with here though, ultimately last years Haas wasn’t his fault, but this season shouldn’t have been pointless until now. It’s hard to gauge exactly where Schumacher ranks in the current field, let alone all time, I want to believe he’s up there with the Stroll’s and other such lower midfielders of the world, but he needs to start showing something more.
@sjaakfoo