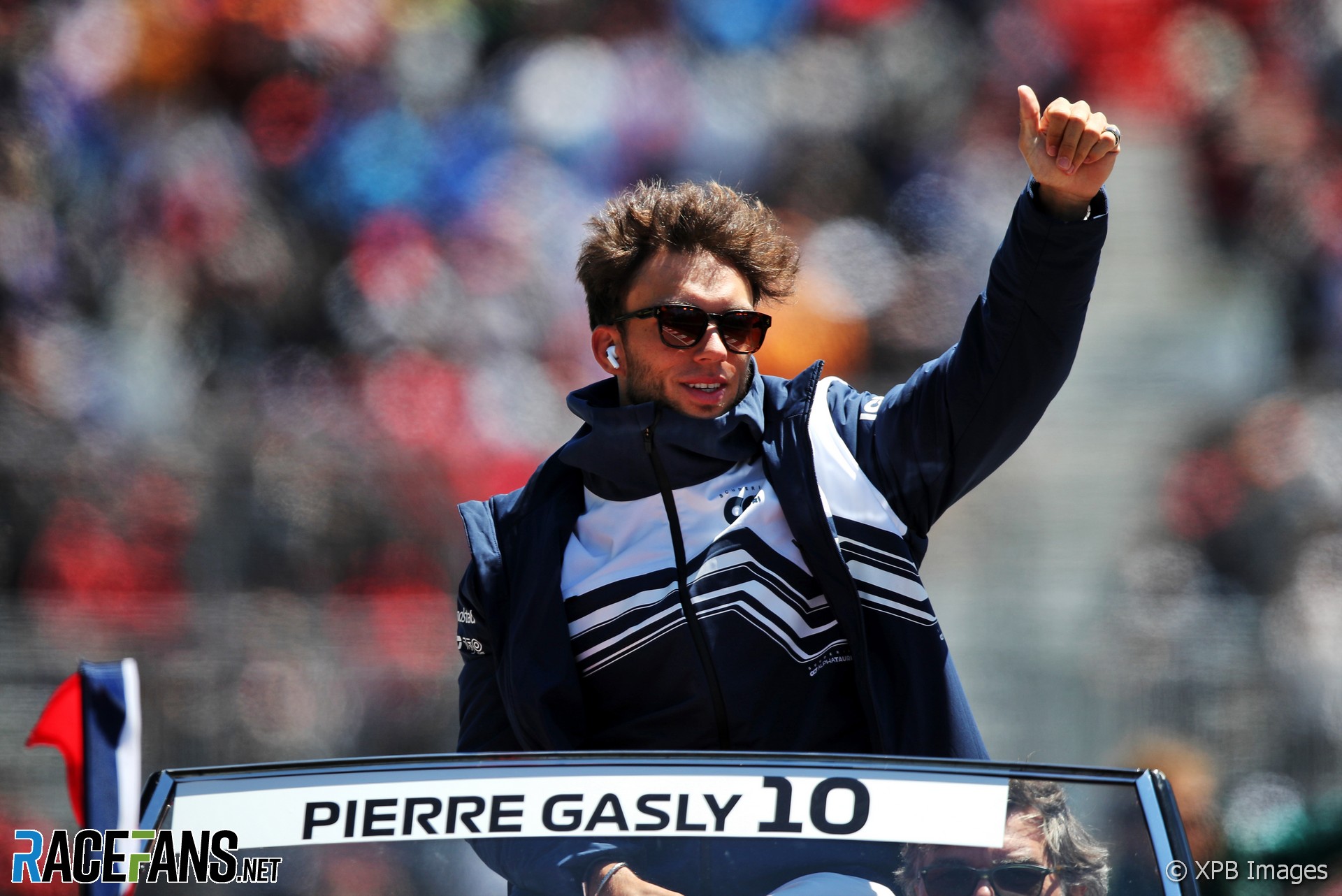 It’s not uncommon for a Formula 1 driver’s future to be completely out of their hands. It’s generally the case for drivers who aren’t Lewis Hamilton or Max Verstappen.

Yet, many do get backed by teams before they reach F1, which brings the expectation they will progress through the rankings to become a senior member of the outfit, if an opportunity arises.

For a driver like Pierre Gasly, that step up came arguably too soon at Red Bull in 2019. He now seems stuck at a crossroads after the team announced Sergio Perez had re-signed to remain alongside Verstappen at the senior team until the end of 2024.

Red Bull’s decision is a rational one. Perez is a driver who has consistently delivered at races to gain important points in their championship fight and has accepted the occasions where he’s had to serve as ‘number two’ to Verstappen with grace.

But the decision to sign Perez does raise obvious questions for Red Bull’s long-running junior programme and the driver who seemingly occupies the leading place within its structure, Gasly.

Last season Franz Tost, team principal of Red Bull’s junior F1 squad AlphaTauri, praised Gasly for his impressive performances and added he would be ready to return to Red Bull in the future if given the chance.

Gasly had a bumpy ride to the top. He was called up to Red Bull from the junior team (then called Toro Rosso) ahead of the 2019 season after just one full year in F1. But his time at the top team was over before it got started. Demoted mid-season, he was replaced by Alexander Albon, another of Red Bull’s many junior drivers.

Gasly isn’t the only driver to be cast aside by Red Bull as the team struggled to field two competitive drivers over a season. Six years ago Daniil Kvyat was abruptly demoted to bring the young Verstappen into the team.

Granted, that gamble paid off, as the number ‘1’ on Verstappen’s RB18 shows. But the merry-go-round it set in motion led to Daniel Ricciardo walking out of the team, Gasly and Albon in turn temporarily installed as his replacements, and the latter dropped to make way for Perez who, significantly, was not part of Red Bull’s junior driver programme.

That has left a talent like Gasly on the table with seemingly limited options for his future in Formula 1, despite the impressive job he has done making a case for his place at the sport’s top level.

He reached the podium for the first time before the 2019 season was over, in emotional circumstances following the death of his good friend Anthoine Hubert earlier in the year. He snatched his maiden F1 win in unexpected circumstances at the following year’s Italian Grand Prix.

There was no repeat for Gasly in 2021, but his consistent performance was arguably more impressive. While Verstappen took the title, Gasly finished ninth, out-scoring rookie team mate Yuki Tsunoda by a massive 78 points.

Next year – when his current contract expires – will be Gasly’s fifth full season with his current team. The choice he has to make is whether to stay within the Red Bull fold or look for a gap in the driver market elsewhere.

The easy choice would be to stay at AlphaTauri. But the point of a junior team is to act as a platform for further success. Five years at the same junior team is not what Gasly had planned, and presumably not what Red Bull had either.

Speaking exclusively to RaceFans before Perez’s new deal was announced, Gasly insisted he was good enough for a second chance in the Red Bull and prove his worth at the team.

“The driver I am today is way better than the driver I was after one year,” Gasly said. “If they saw at the time I was the right fit for the team after such a short time, then now there are even more reasons to think I’m prepared to get that seat.”

Now he admits he is “considering all options” after learning of about Perez’s new contract after the Monaco Grand Prix. “The impact it has on my career and with the ambitions that I have, it’s obviously affected it,” said Gasly.

“So that’s what we are discussing at the moment with Helmut [Marko, Red Bull’s motorsport consultant] to obviously find what’s best for all of us and how do we go forward from there.”

“Beyond 2023 I consider all options as I don’t have anything beyond that.

“These are things we need to discuss with Helmut. Obviously they want to keep me in the programme but we need to see how to make this work. It’s just normal conversations that are ongoing.”

There are few alternatives for Gasly. Albon now races for Williams but retains sponsorship from Red Bull – perhaps they would make a similar arrangement with Gasly to keep him within their orbit.

Gasly has indicated he is open to such a plan: “At the moment, I would say yes. I don’t want to elaborate because I don’t want to make headlines about what’s happening.”

Seeing out the final year of his AlphaTauri deal will put Gasly on the market at the same time other vacancies appear. He may have one eye on the under-performing Ricciardo at McLaren, whose contract runs out at the end of 2023. More optimistically, he may even think of Hamilton’s spot at Mercedes, though the Silver Arrows will have the pick of the market if the seven-times world champion chooses not to extend his current deal.

Perez’s new contract also has implications for Red Bull’s junior driver programme. They are not short of talent, recent developments regarding Juri Vips notwithstanding, they have Dennis Hauger, Liam Lawson, Jehan Daruvala and Ayumu Iwasa racing in Formula 2 plus a handful of other young prospects making their way up through the lower ranks.

All will have eyes on the seats at AlphaTauri, knowing the two Red Bull spots are locked up until 2025. What next then for Red Bull’s young drivers hoping to make the step into F1? Seeing one of the places they most covet occupied by a driver who came from outside the programme doesn’t seem likely to inspire those on it.