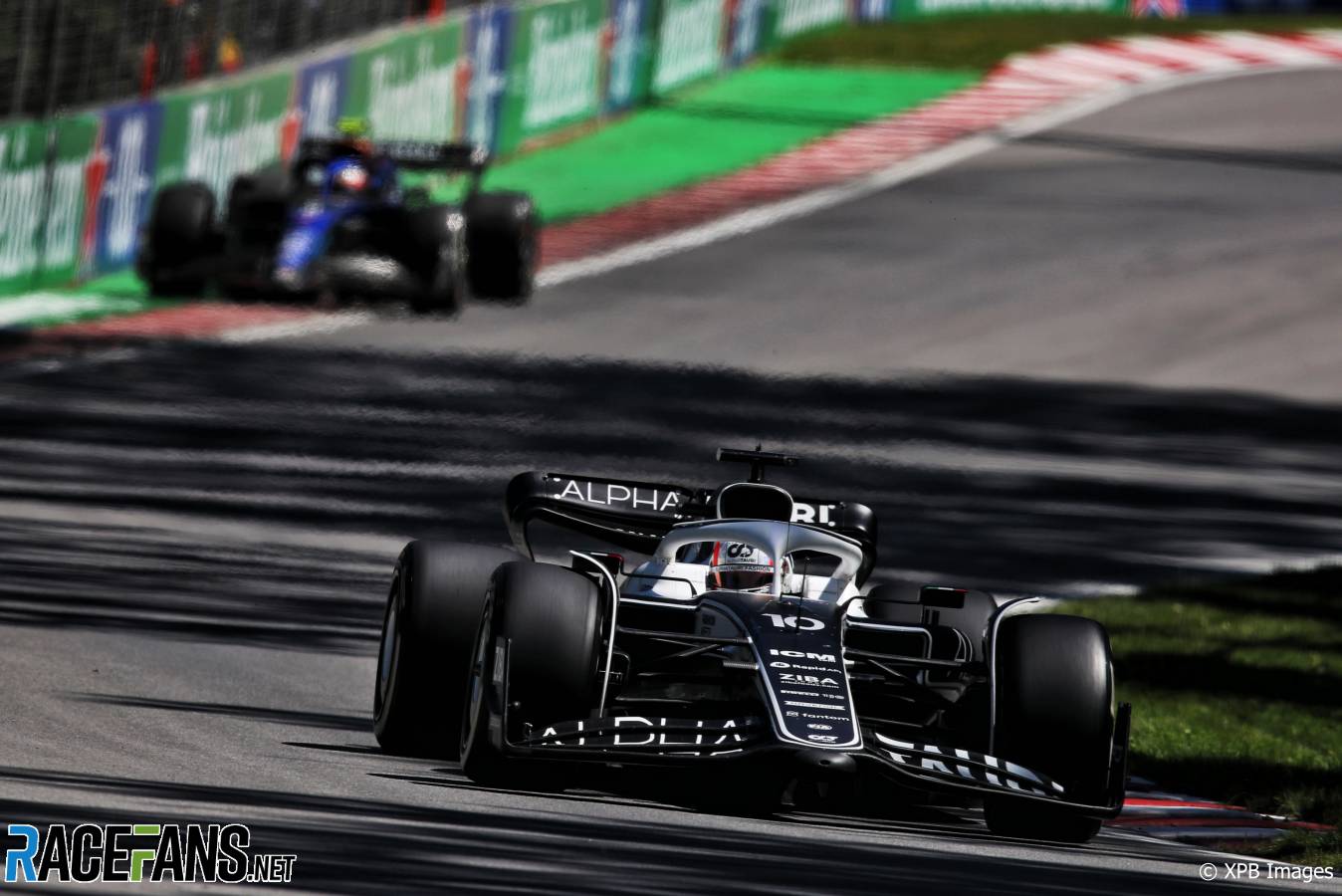 In the round-up: Pierre Gasly was dejected after failing to follow up on his strong Azerbaijan Grand Prix result last weekend.

After claiming his best result of the season so far with fifth place in Azerbaijan, Gasly suffered an elimination in Q1 in Canada, and took the chequered flag in 14th place.

He said afterwards he was “very disappointed” with the problems which materialised during qualifying. “We had this brake issue so the front brakes glazed and we were basically braking on three tyres and it put us out of position.

“Then after when we started from the back we know it’s always harder but we just struggled massively for pace. Massive understeer, poor traction, struggled with the brake temps and everything. So just a very, very difficult day for us.”

Tsunoda ‘pushed too much’

Yuki Tsunoda was in no mood to elaborate when he spoke to RaceFans following his exit from Sunday’s Canadian Grand Prix: “I was pushing too much at the pit exit and that’s it.”

Red Bull Junior Team member Jehan Daruvala will make his Formula 1 test debut today. However he won’t be driving for the F1 team or its junior squad AlphaTauri.

McLaren is giving a two-day test to the 23-year-old at Silverstone. He will drive the team’s 2021 car, the MCL35M.

Daruvala was connected to another F1 team earlier in his career. In 2011, aged 13, he was named as a runner-up in One in a Billion, an India-based talent search contest run by Force India (now Aston Martin).

Following the disappearance of the FIA’s branding from the new seventh edition of the hugely successful Gran Turismo series, the governing body of motorsport has announced its annual Motorsports Games event will no longer be run on the game.

Assetto Corsa Competizione has been chosen as the title for the 2022 edition of the FIA Motorsport Games. It will take place at Paul Ricard on October 29th.

Pirelli have confirmed their tyre choices for three upcoming races:

'The future of the Belgian Grand Prix at Spa-Francorchamps appears to rest on whether the French Grand Prix stays on the calendar next year.'

'Sauber, which runs Alfa Romeo's F1 team, is tipped to be the front-runner to land an engine deal with Audi when the German manufacturer enters F1 in 2026.'

'Christian Bogle’s launch into the fencing during last weekend’s Road America Indy Lights race has left the leadership of the Wisconsin road course with questions as to whether the kerbing on entry to turn five that send Bogle skyward should be modified.'

Breaking records and battling Alonso: Pourchaire on the moments that made him (Formula 2)

'He came back into the pits with me, and I was just surprised because as soon as he opened his visor and he spoke to me, it was Alonso.'

'What this means is when your car ‘locks up’ under braking, the amount of resistance through the brake trigger increases, resulting in a more immersive connection with the car. Likewise, when wheelspin occurs the resistance of the accelerator trigger is increased.'

Could Mercedes’ improved performance last weekend be a ‘false positive’?

Somehow I feel like these “glimpses” might very well bite them in their proverbial behinds. It may give them a false idea that their base design is good to build upon, when it might just remain a very peaky design that sometimes works and sometimes doesn’t work at all. In that case these glimpses of performance could be a disadvantage when without these they might have already decided to call it quits and start a new design for next year.

Of course, they know way way more than I ever will and the base design might be solid.