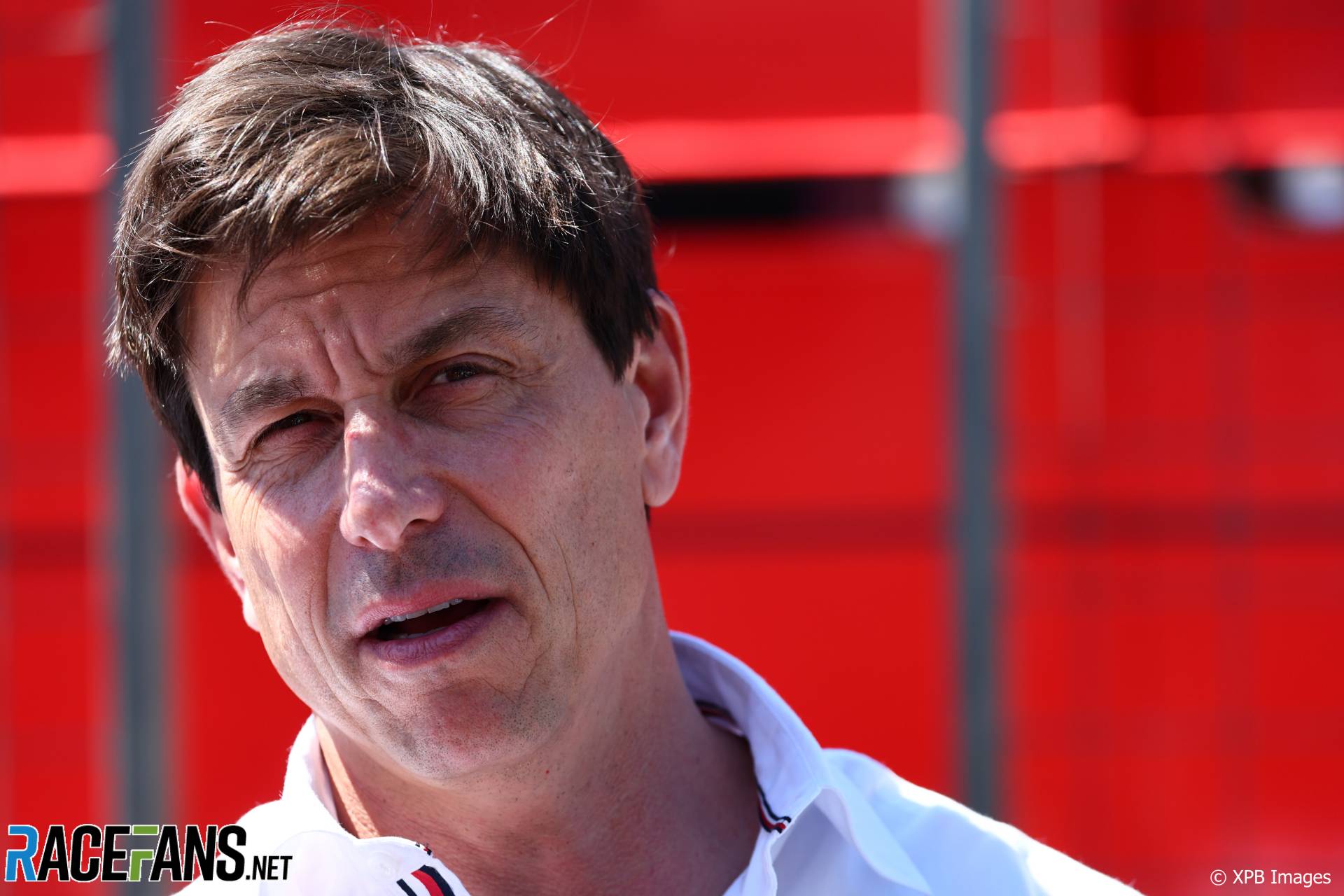 Mercedes team principal Toto Wolff criticised rivals for failing to support moves to control porpoising and bouncing, insisting the problem is not limited to his team.

Wolff hit back angrily at rival team principal Christian Horner’s suggestion that the poor ride some drivers are suffering is only a problem for certain teams and that the FIA should black flag cars for which it became a safety concern.

“This is a sport where you’re trying to either keep a competitive advantage or gain it,” Wolff acknowledged. “But this situation has clearly gone too far.

“All drivers, at least one in every team, have said that they were in pain after Baku, that they had difficulty in keeping the car on track or blurred vision.

“Team principals trying to manipulate what is being said in order to keep the competitive advantage and trying to play political games when the FIA tries to come up with a quick solution to at least put the cars in a better position is disingenuous.”

He was keen to emphasise that the problem does not only lie with his own team’s design. “I’m not only talking about Mercedes, all of the cars suffered in some way or other in Baku and still do here because of the stiffness. All the cars bounce, whatever you want to call it. As a matter of fact, it is a joint problem we are having in Formula 1.

“It’s a fundamental design issue that needs to be solved. We will have long-term effects that we can’t even judge. But at any time this is a safety risk.

“And then coming up with little manipulations in the background or Chinese whispers or briefing the drivers is just pitiful.”

Wolff acknowledged that, as Mercedes has particularly suffered from porpoising and been especially vocal on the subject, “of course, people will question whether my position is sincere or not.”

However, he pointed to the comments of drivers from several teams.

“It’s not only our problem if a Red Bull driver says you reach 300 kilometres an hour, which is when the issue comes up, and with these problems ‘you can even lose your vision when braking or not be able to position the car properly’, said Perez,” Wolff pointed out.