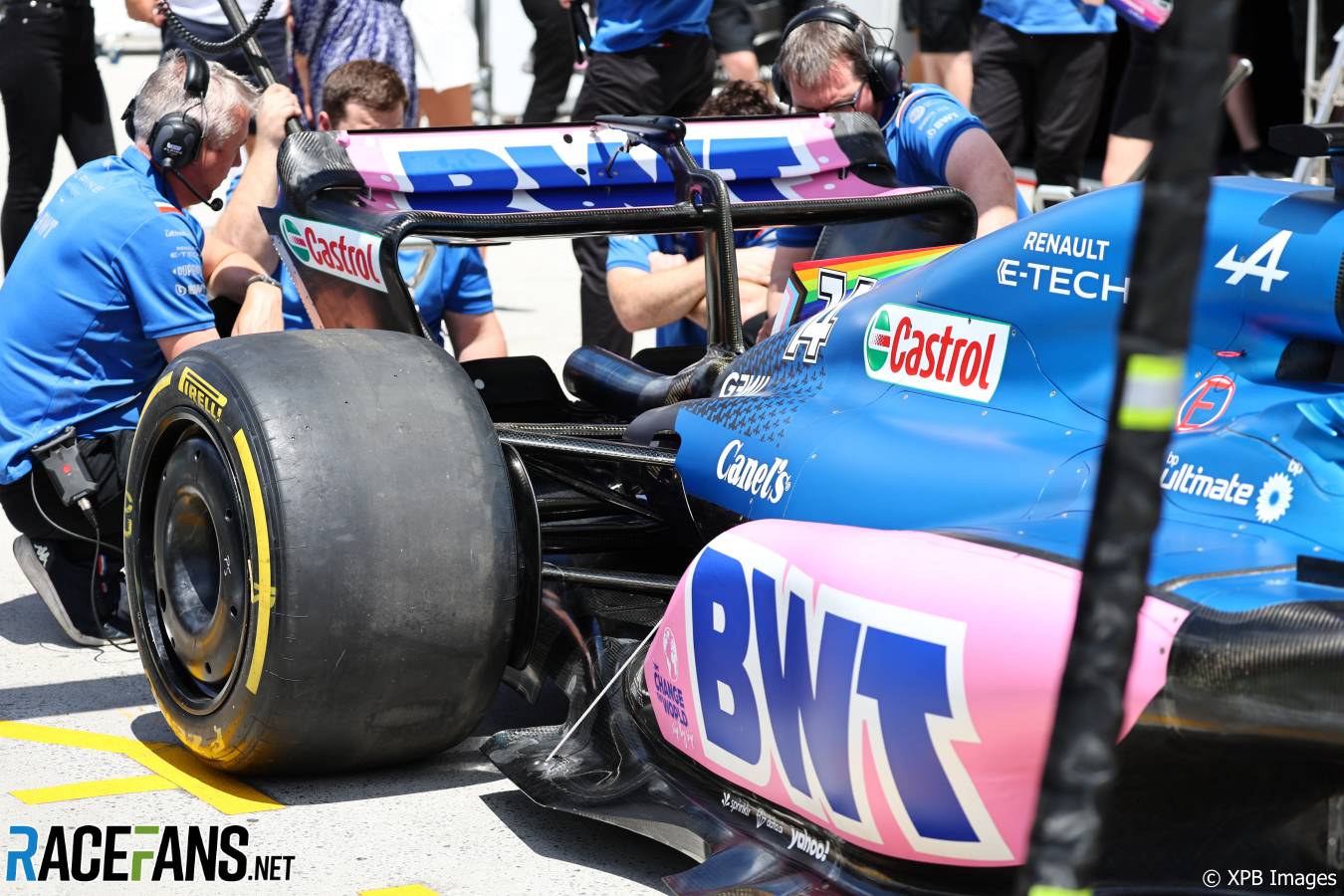 Formula 1 teams which have altered their cars in response to the FIA’s technical directive on porpoising could put themselves at risk of a protest, says Alpine team principal Otmar Szafnauer.

Under the technical directive teams have been told certain changes to their floors will be permitted in order to reduce the severe bouncing they have experienced. These include the adding of an additional floor stay.

However Szafnauer says the directive does not carry the force of regulation and any such changes could be considered outside the rules. He added it was issued too late in the day for Alpine to take advantage of the opportunity to alter its floor.

“The TD came out when our chief technical officer was flying over, so it was quite late and we aren’t able to produce a stay here,” he said. “As far as the process goes, it’s a technical directive and technical directives, as we all know, aren’t regulations.

“So it could very well be that we shouldn’t be running this in qualifying and the race. And if teams have brought those stays, I would imagine they could be perhaps looked at after and protested. So it’s against the regulation as it stands today.

“But we definitely don’t have one and unfortunately, if you do have an extra stay, you can run the car lower and stiffer and gain some advantage.”

Alpine will be able to adapt their floor in line with the TD before the next round at Silverstone in two weeks’ time, he added.

“But we’ve chosen to stiffen the floor in that area at the expense of weight. And as we all discuss there’s some cars that are still overweight and that’s a trade-off decision you make between adding weight to the car so you can stiffen the floor. If you’re just given a stay then you don’t have to add the weight and do the same job.”

Rival team principals also expressed their disappointment at the timing of the directive. “It was not really ideal because we have all the team travelling, everything is on-site,” said Aston Martin team principal Mike Krack.

“Yes, you can react, but you need to be really sure what you are doing, you need to know upfront what this would do. So I think it’s a situation you have to take a conservative approach and then look for it for the following race. But as I said, the timing really could have been better.”

AlphaTauri team principal Franz Tost said “the timing was absolutely not good because most of the people were travelling and just to send out the technical directive a few days before the race is for sure not the best.

“To the reaction time, especially the floor of a Formula 1 car, it’s very [sensitive] part it’s not just [you] put any parts on it without investigations.

“So we from Scuderia AlphaTauri have to find out what we do, which direction we will take to the technical directive regarding stiffening of the floor or whatever, and this takes some time. For sure we will not do it here and then we will see what we can arrange for Silverstone.”