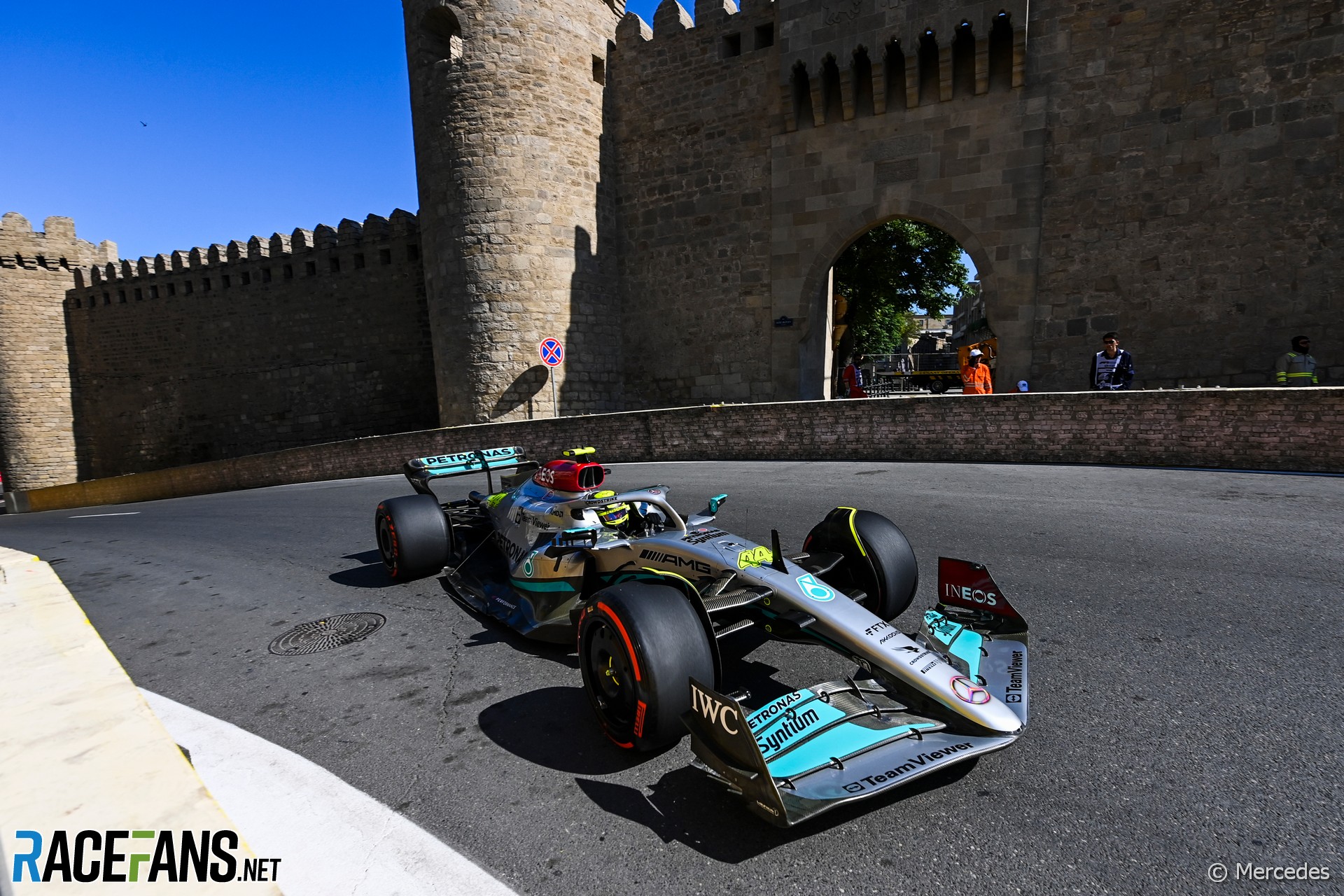 Lewis Hamilton and Lando Norris have been cleared by the Azerbaijan Grand Prix stewards for driving unnecessarily slowly during Q2.

Hamilton and Norris were investigated by the stewards for an incident with around six minutes remaining in Q2 where both cars – on out laps – slowed to an almost complete stop at the exit of turn 12.

Hamilton tried to encourage Norris and McLaren team mate Daniel Ricciardo to pass him so he could start his flying lap with the benefit of a tow from the McLarens. However, Norris refused and Hamilton had to begin his lap ahead of the McLarens, later abandoning his push attempt following a mistake in turn two.

The stewards explained that as well as Hamilton respecting the delta, he had slowed down exiting turn 12 in a safe manner.

“The driver [Hamilton], in evidence, stated that he did slow down in order to endeavour to be passed by car four [Norris], to achieve a “tow” on his fast lap,” the stewards explained. “However, car four obviously had the same intent and decided not to pass him.

“Although car 44 was slow, the stewards note that for the lap the delta time was respected, the driver pulled over to the left and off the racing line.

“This occurred on a straight where visibility was not an issue and there was no potential danger at any point, to any other driver.”