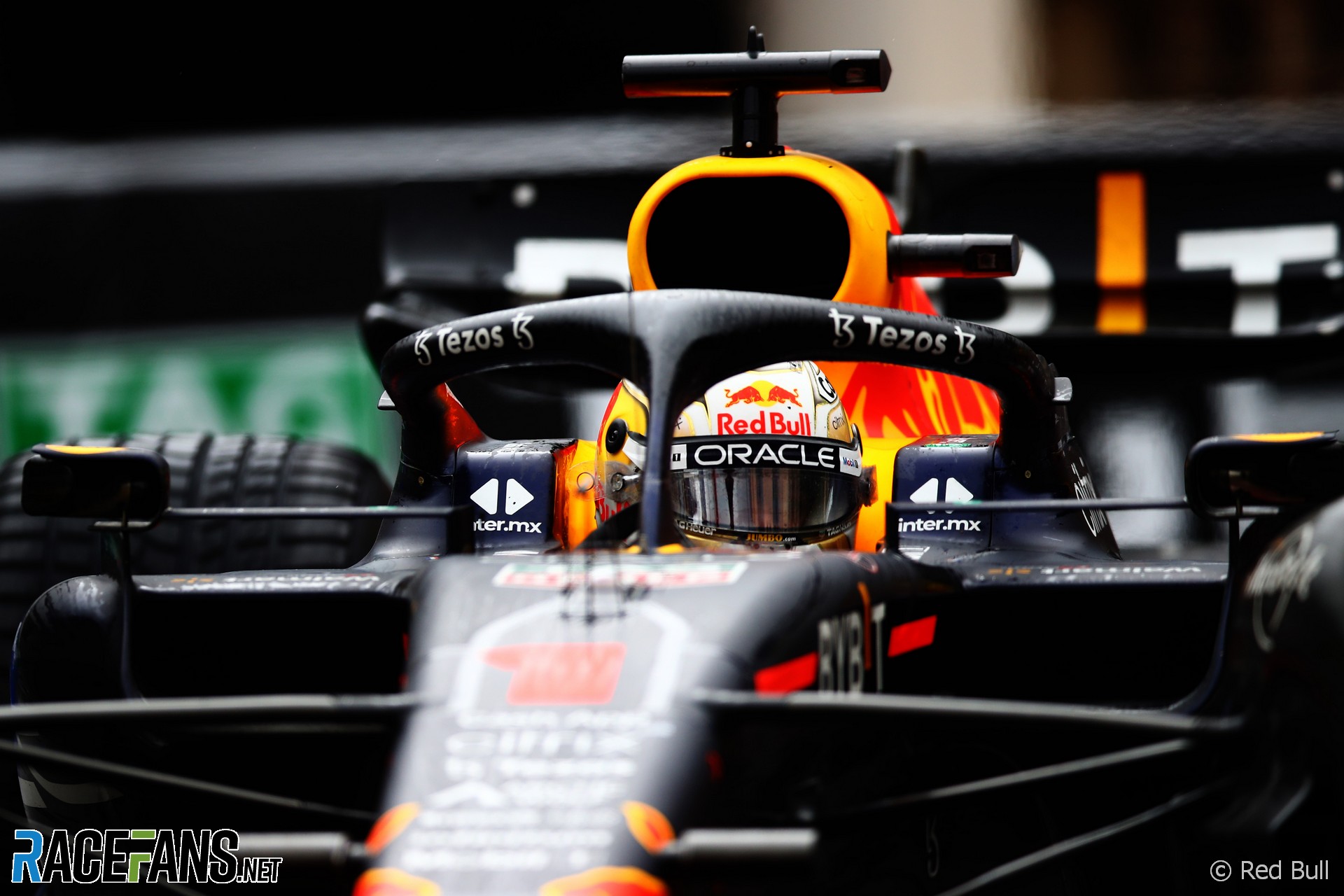 Verstappen said the decision not to perform a standing restart was correct, because the track was not fully dry, and the differences in grip between different parts of the grid would have disadvantaged some drivers.

Both Red Bull drivers switched to the medium tyre compound for the restart, while their Ferrari rivals opted for hards. That could have given Verstappen an advantage had a standing start been arranged.

“We already did a few laps on the hard tyres, so they were a bit cold,” said Verstappen. “But at the end it didn’t really matter because it was going to be a rolling start.

“A standing start, of course, it might make a difference. But anyway, it wouldn’t have been fair if it would have been a standing start, just because of the difference in [grip]. The left side was still quite wet, that’s why it was a good call to do a rolling start.”

Verstappen took the restart in third place, where he finished. He said he realised it would be difficult to make the medium tyres last throughout the final stint.

“When I saw my mediums on the car, I thought ‘it’s going to be quite a tricky one to the end.’” he said.

“But luckily, my feeling, I had still decent tyres to the end. Of course they’re not in the best shape, but they felt alright. But when you’re following closely, you start wearing them more as well.”

A power cut during the heavy pre-race downpour interfered with the starting gantry and contributed to the decision not to use a standing restart, in addition to concerns over the variations in grip level on the track at the time.