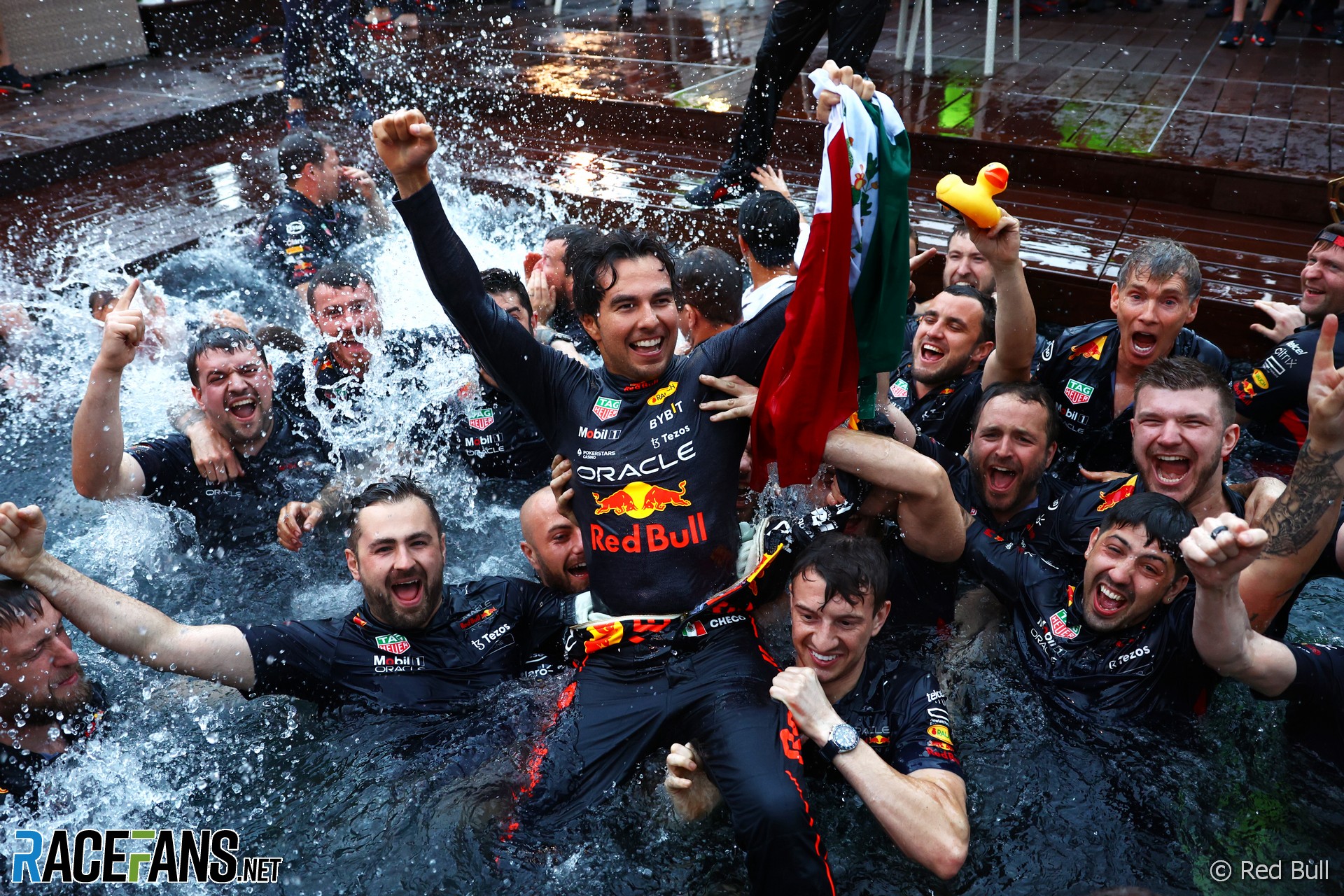 Post-race drama unfolded in the Monaco Grand Prix paddock as Red Bull learned they were under protest from Ferrari while Christian Horner was speaking to the media including RaceFans’ Claire Cottingham.

Arriving on Wednesday for my first ever Formula 1 Monaco Grand Prix experience, I made my way to the track for media duties, assuming 11am wouldn’t be too much of a challenge to get into Monaco, having underestimated the impact of Ascension Day on local train services. Staying in Nice, the journey into the track that looked simple, was chaotic. Trains were already overflowing, people were desperately trying to push themselves onto the carriages.

With the midday heat burning down on me and knowing I had a meeting at the track, I opted for a taxi instead, heading straight to the accreditation centre to collect my pass.

Walking down the hill towards the paddock was a sight to behold, though not an entirely unfamiliar one, as I visited the principality a few weeks earlier for Formula E’s Monaco round. Now the streets were lined with merchants selling Formula 1 gear and fans had already descended on the circuit. 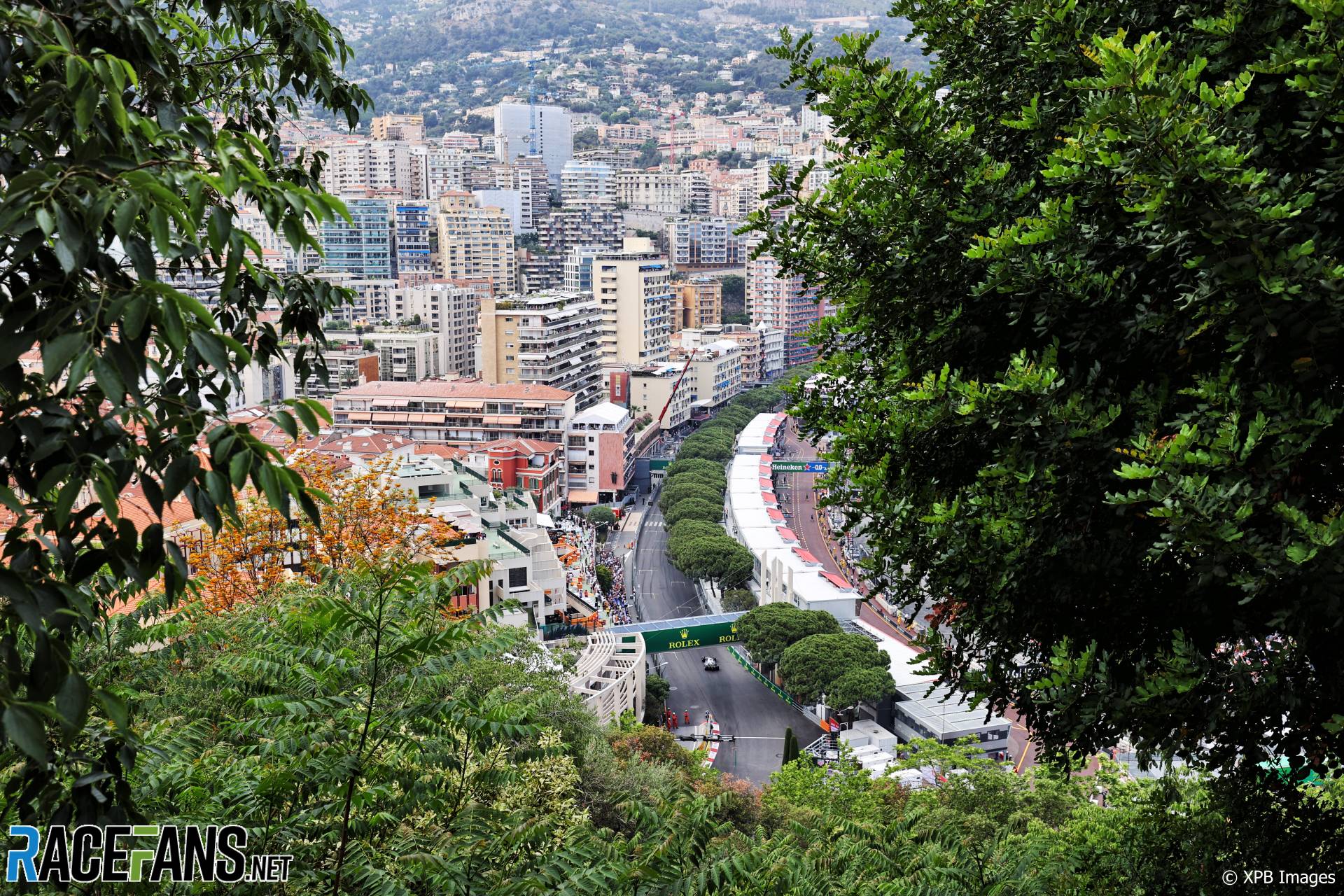 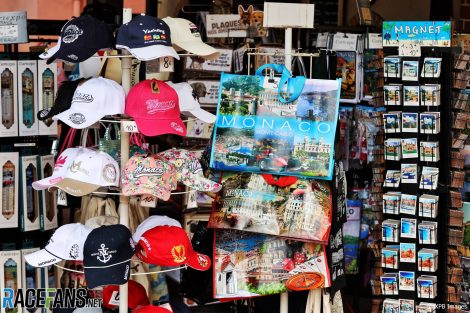 Lesson learned from Thursday, I arrived early enough at the train station to grab a coffee and a croissant before a short, pleasant journey. The walk from the train station to the paddock is beautiful, the platform exit situated at the top of the hill overlooking the Marina.

That left plenty of time to spare as I arrived at the circuit over an hour before the first press conference. But on my way into the media centre I was halted by a security guard who told me I could not bring in my water bottle.

Assuming it was something to do with liquids, I quickly emptied the water and put my bottle back in my bag, but entry was still denied. It transpired the metal bottle was the concern, a baffling decision given the drive to reduce single-use plastics which F1 has supported. Happily, following conversations with the FIA, the decision was reversed and our sustainable bottles were allowed in, which proved vital as temperatures started to hit 30 degrees Celsius. 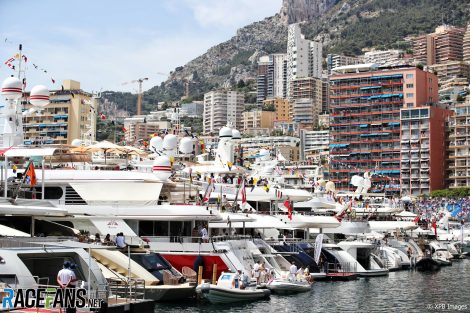 In the afternoon between practice sessions I took my time taking in the sights and sounds of Monaco. The paddock may be underwhelming, reminiscent of a London back alley, but the backdrop is exceptional.

Fans can also glimpse their heroes through the nearby paddock fence. Lando Norris, Daniel Ricciardo and Lewis Hamilton were among those I saw stop to sign autographs and take selfies with their thrilled supporters.

With yachts bobbing silently as the sun glistened down on the water, the afternoon brought a calm you don’t often feel at grand prix weekends.

Mercedes team principal Toto Wolff was absent from the morning’s press conference as he had lost his voice. Trackside engineering director Andrew Shovlin took his place and shared some insight into the team’s latest woes. However much of the session focused on the budget cap, with a majority of teams expressing increasingly dire warnings about the difficulties of sticking to it amid rocketing inflation. 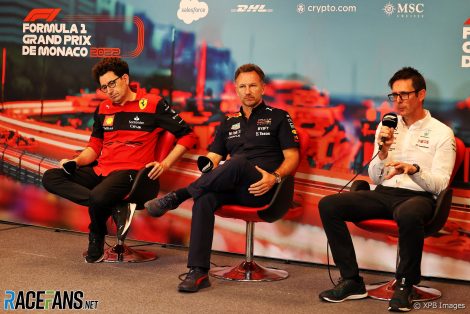 In the morning, tabard in hand, I had my first chance of watching F1 cars on the streets with my own eyes. Standing outside the exit of the tunnel, I could hear the rumble of the first car making its way through the concrete cylinder ready to be bathed in sunshine metres away.

The adrenaline hit me, and I heard myself let out a squeak of excitement as a McLaren thundered past me, sending ripples throughout my entire body. The sheer closeness of the cars to the barriers was something I never expected.

Watching car after car blast past me, I suddenly felt a sharp stab in my knee, as I looked down to see what had struck me so hard. On the floor was a shard of rubber which had been thrown up by a passing Ferrari. The bruise on my leg started forming immediately and without thinking I popped the tyre marble into my pocket. After all, It’s not every day you get hit by Ferrari shrapnel in Monaco, and this would be a token to remember it by.

Heading back down the Nouvelle Chicane at turns 10 and 11, I marvelled at the barrier-less section which permits photographers to take those stunning pictures of the cars threading their way onto the harbourfront.

Marshals stood guard on the entry to 10 as the cars lift to make the tricky section of the track, heading towards Tabac. Each car that passed produced a powerful gust of wind from the displaced air. The whole experience made an incredible impression on me. 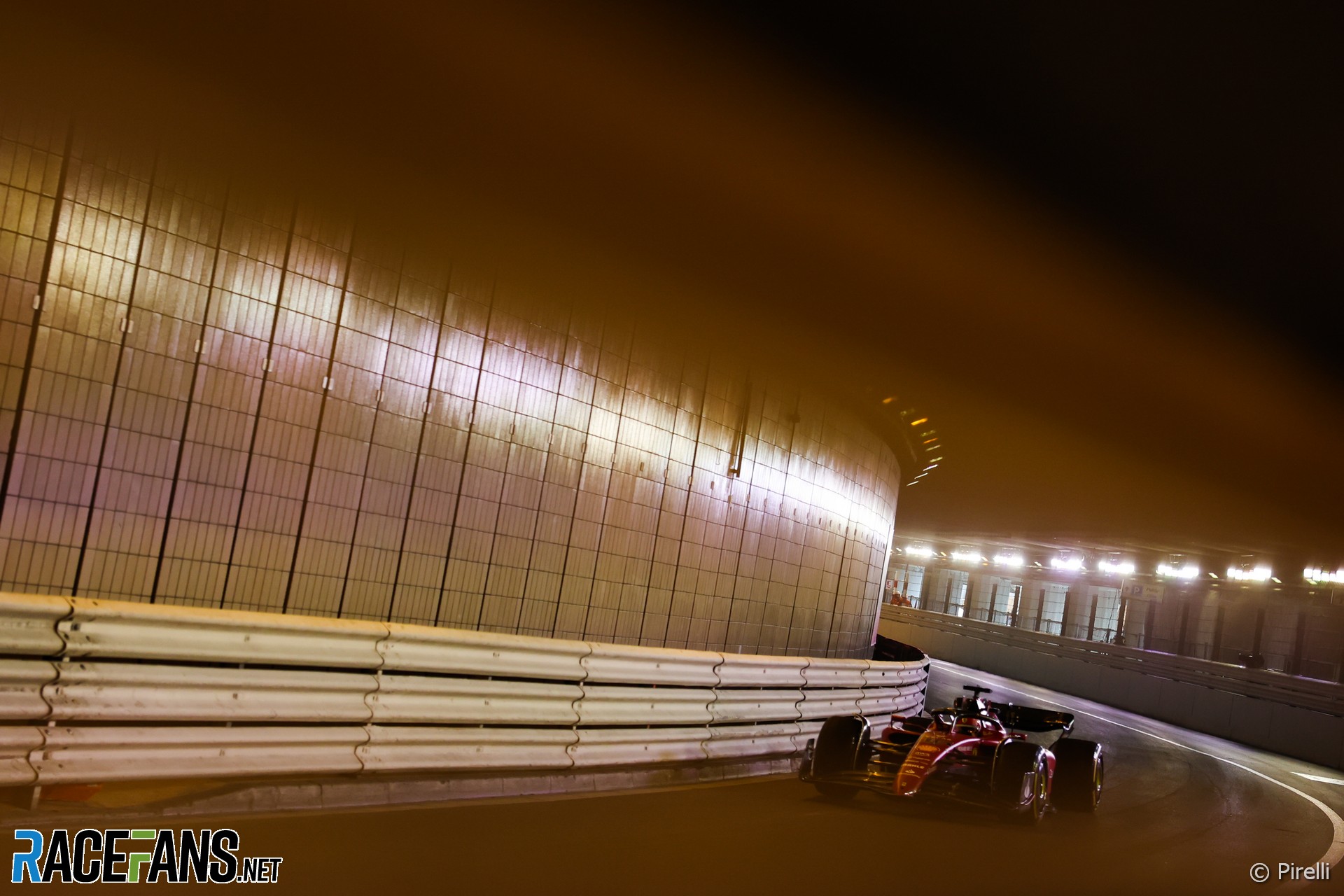 Rain threatened race day. Everyone had their eyes on the skies, pointing to the low-hanging cloud surrounding the track. The start time seemed to creep up on me quicker than expected. Observing proceedings from the media centre which overlooks Rascasse, dark clouds started to form in the distance. 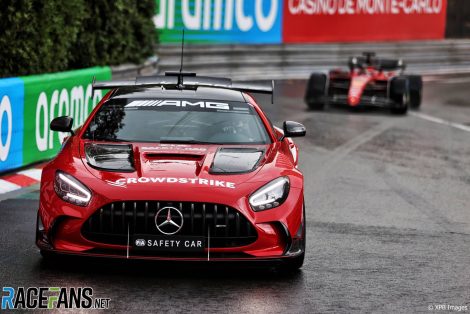 Soon they emptied their contents on the yachts and spectators, cars and drivers alike. But while many hoped this would enliven what is often a processional race, the next hour was far from gripping.

Two red flags and a lengthy break later, the race finally got underway at 4:05pm local time, 65 minutes after the scheduled start. I followed the action from the written media ‘mixed zone’ area waiting for anyone who exited the race early, and in little time found myself speaking to a pair of disappointed drivers in Haas overalls.

After the flag dropped, I spent the next hour standing in a puddle for much of the media duties, regretting my decision to wear flip-flops. As the race showed, selecting the optimum tread for the conditions is essential.

For the final session of the day I headed to Red Bull hospitality station, located outside of the paddock, to hear from boss Christian Horner. The session began with praise for the victorious Sergio Perez and the team’s shrewd tactics which won them the race.

Then Horner’s phone started to ring. Covering his mouth in case any of us were lip-reading experts, Christian spoke in hushed tones to the person on the other end. Hanging up and lifting his gaze back to the assembled media, he dropped a bombshell: “Ferrari have made a protest against Max.” 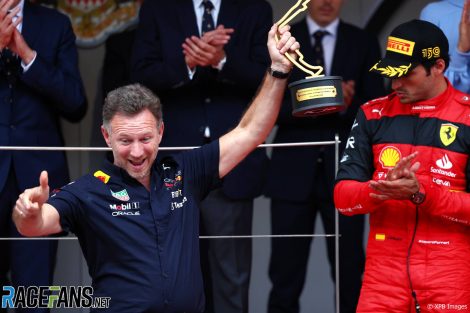 Clearly more questions flowed from that, but we were cut short when the phone rang again. This time I could clearly see the name: Mattia Binotto. In a moment which felt like it was made for Drive to Survive, the Red Bull team principal wrapped up the session and rushed off to speak to his Ferrari counterpart. A few hours later, we learned Ferrari’s protest had failed, and Red Bull kept their one-three result.

The music began blaring from the motorhome as Monaco once again came alive with the sun setting on a dramatic day. The 2022 Monaco Grand Prix was over and the champagne was flowing.

Will this be the last time we get to enjoy Monaco’s unique setting and atmosphere? The venue doesn’t have a contract for next year, and F1 has a shopping list of improvements it wants from any future deal.

We’ll learn in the coming months whether my first Monaco Grand Prix will also be the last. If it was, F1 will have done away with one of its truly iconic events.