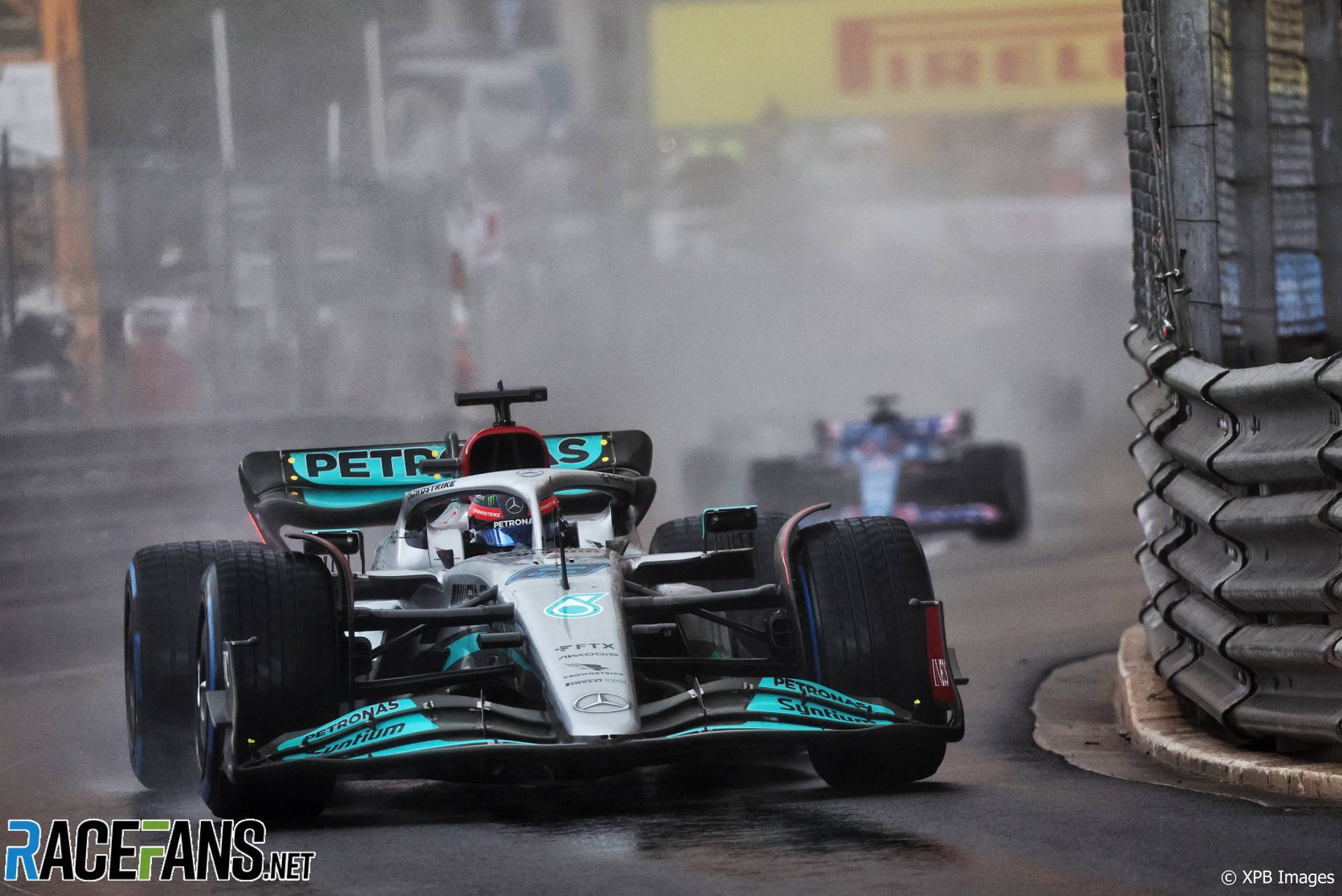 After heavy rain fell just 10 minutes before the scheduled start time of the Monaco Grand Prix, FIA race director Eduardo Freitas delayed the start of the race by 16 minutes, before running two formation laps behind the Safety Car on extreme wet tyres.

However, the high level of water on the track resulted in the start being aborted, with more rain falling soon after. The race eventually commenced an hour after its original planned start time – delays that were exacerbated, the FIA later explained, by power problems affecting the starting gantry.

Asked by RaceFans about his views on the delayed start, Russell, who finished fifth in the race, said that while he found the delay “frustrating from within the car”, he agreed with the decision not to start the race on time.

“When you saw the weather that came, I thought it was the right decision and the wise decision,” Russell said. “That first attempt to do the race, it was too dangerous and too wet. It would’ve just been chaotic.

“It’s a difficult position for the race director, always. It’s easy in hindsight. From my side, I just wanted to get cracking and it was definitely intermediates to start with and I think we could have gone directly and probably got at least 20 laps under our belt and then maybe red flagged it when the rain came in, rather than delaying and delaying. But that’s easy to say in hindsight.

Russell started behind Lando Norris on the grid and had run behind the McLaren driver in the early phase of the race. But after switching to slick tyres before Norris, Russell managed to pass him on the exit of Sainte Devote after Norris was leaving the pit lane.

“They didn’t show my overtake on Lando, which was a bit disappointing,” said Russell.

“He sort of came out of the pits directly in front of me and sort of chopped across and I managed to overtake him on the wet stuff, so that was pretty nice. And I sort of managed it until the end. It was not easy on that medium tyre.”

A fifth place finish continues Russell’s perfect streak of finishing every race in 2022 in the top five positions. After struggling with the effects of Mercedes’ stiff suspension settings over the weekend, Russell says he is satisfied with the result.

“It was a positive race,” he said. “I think on the hard tyre, we were the quickest car on track at some points and was really pushing the limits and that was very enjoyable.

“I think we just need to find a bit more downforce. We haven’t been awfully competitive in low-speed corners. Especially when we look at Barcelona, we were the quickest in the high speed and down the straights – so the complete opposite to what Monaco offers.

“We need to find a bit more pace in qualifying. We can’t afford to keep having an Alpine or McLaren jump us. Still we’ve got enough pace to come back through, but not enough pace to fight with Ferrari and Red Bull just yet.”

5 comments on “Russell: Delayed start was “frustrating” but “wise decision””