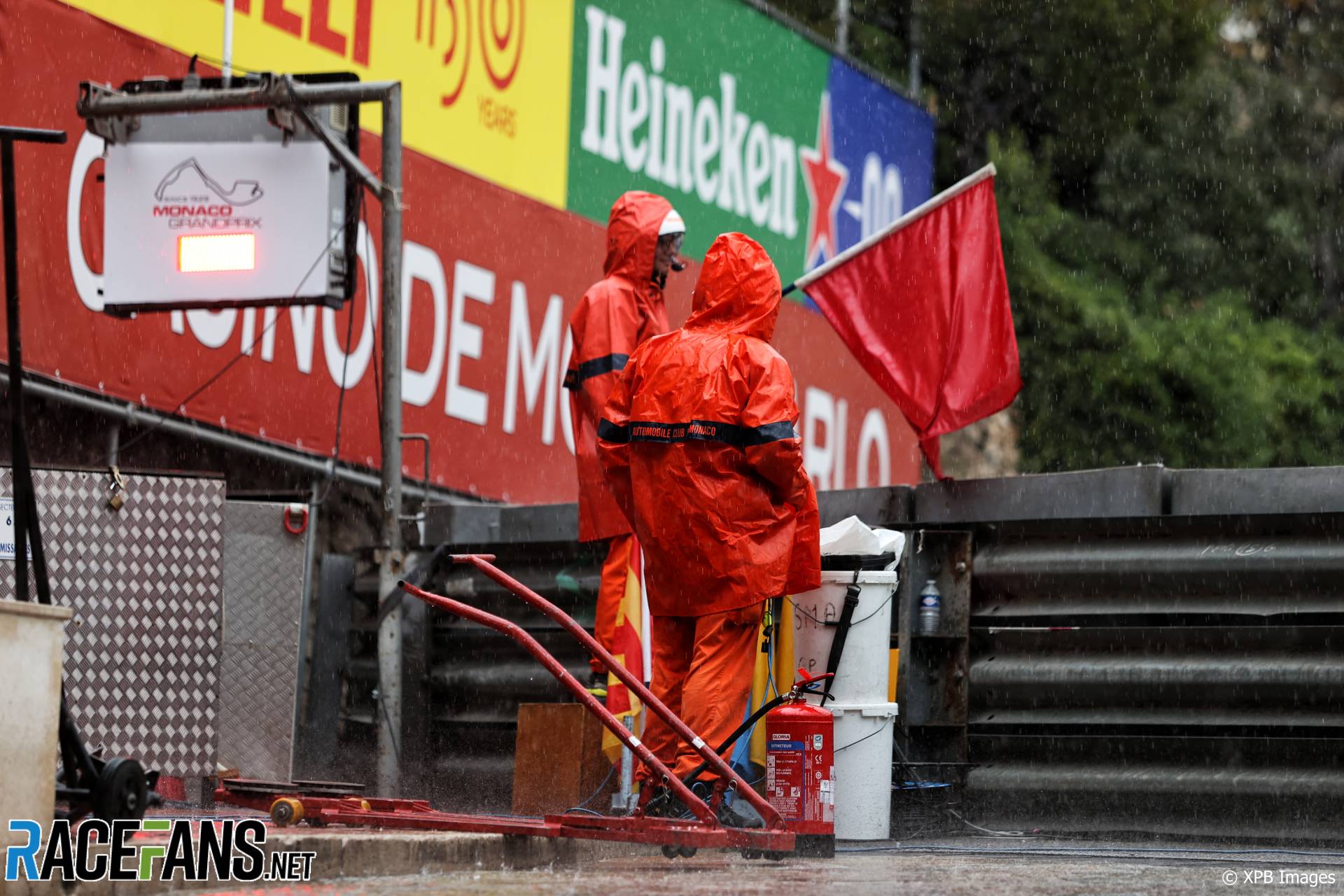 Heavy rain caused a power cut which contributed to the delayed start of the Monaco Grand Prix, and led to a rolling start being used later in the race.

The original starting procedure for the race was halted when moderate ran fell on the grid. The cars were sent off to begin their formation lap behind the Safety Car, nine minutes after the originally scheduled start time.

Heavier rain then began to fall. This prompted FIA F1 race director Eduardo Freitas to abandon the initial start, summoning the drivers back into the pits.

The downpour also interfered with the electrics at the circuit. Among the hardware affected were the starting gantry and the lights panel. This delayed efforts to start the race. The cars were eventually sent from the pits at 4:05pm local time, 65 minutes after the scheduled start, to finally start the race.

Due to the wet conditions, the race began with a rolling start. Following the later stoppage, after Mick Schumacher’s crash, by which time drivers had switched to slick tyres, a rolling start was performed again.

The decision not to use a standing start was made partly due to concerns over whether the starting system was functioning correctly due to the earlier downpour. The race direction team also took into account the likelihood there would be significant variations in grip across the racing surface which was dry in parts and damp elsewhere.

The various disruptions meant that only 64 of the scheduled 78 laps were completed, in a race which is already 45 kilometres shorter than others on the calendar. The second red flag was necessary in order to repair the TecPro barrier Schumacher hit.

After Schumacher crashed a Virtual Safety Car was used at first to immediately neutralise the field. That meant the Safety Car could be sent on track once the leader reached the pit straight and did not need to wave any cars by, which would have delayed the recovery work at the crash scene.