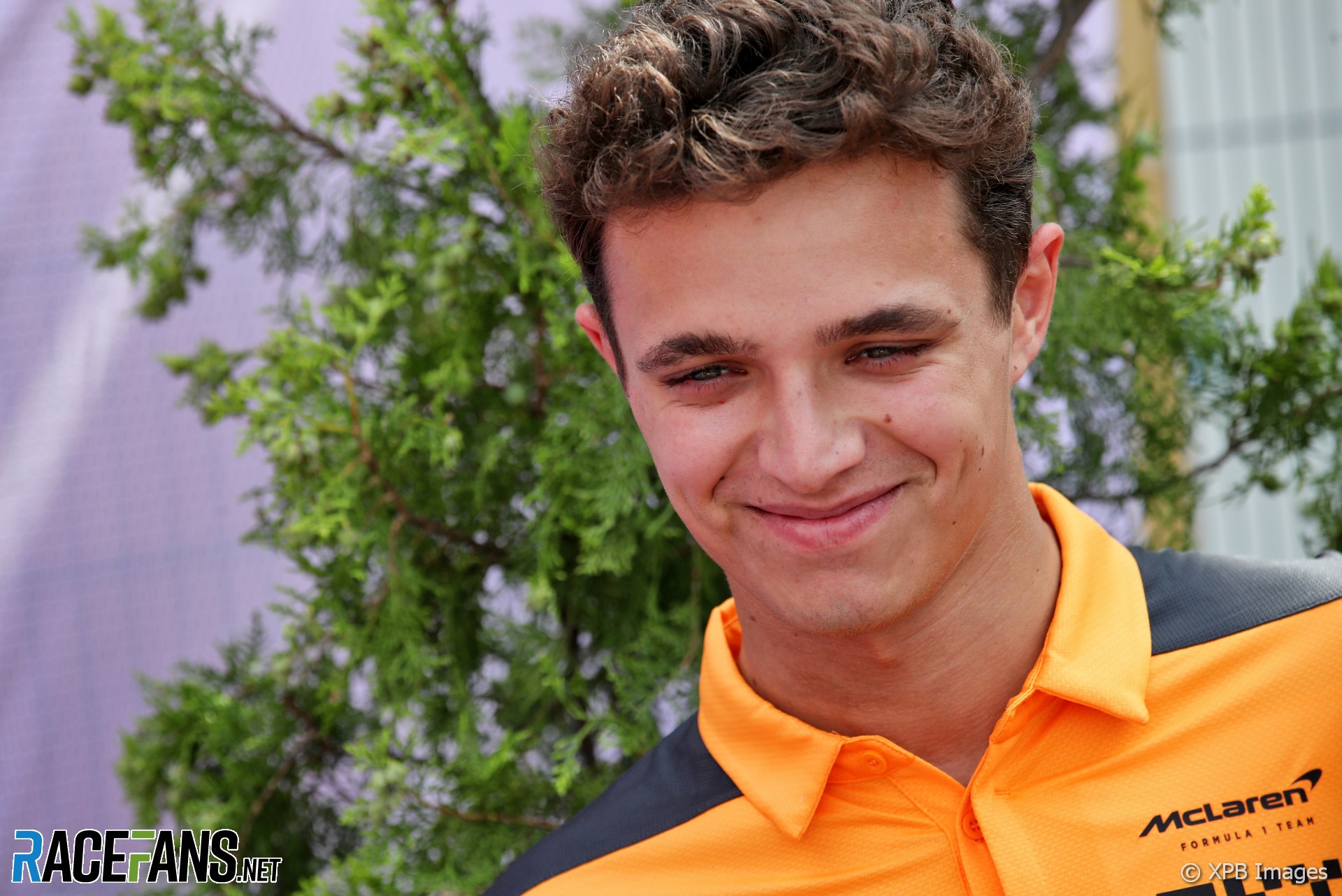 Lando Norris said he feels in much better shape following his bout of tonsillitis during the Spanish Grand Prix weekend.

The McLaren driver did not take part in media sessions after last Sunday’s race or on Friday morning in Monaco. However he participated in both of today’s practice hours and set the fifth-quickest time of the day, behind only the Ferrari and Red Bull drivers.

“I’m just still struggling a bit with my throat and coughs and stuff like that. But the main part of my fever and everything is gone so I’m in a much better condition.

“I can enjoy it a bit more and actually concentrate when I’m driving and so on. It’s been a decent first day here in Monaco, so I’m reasonably happy.”

Norris admitted he didn’t expect to end the day ahead of Mercedes drivers George Russell and Lewis Hamilton. However he predicted replicating his fifth place in qualifying is “not going to be easy.”

The McLaren driver finished on the podium in Monaco last year. Despite his illness, Norris said McLaren “had good confidence that we could come in and do a decent job with the car.

“But there’s still many new things, it’s still a new car. So we needed to understand how this one would perform. And so far so good. So I’m happy we just got a few things to try and improve on it.”