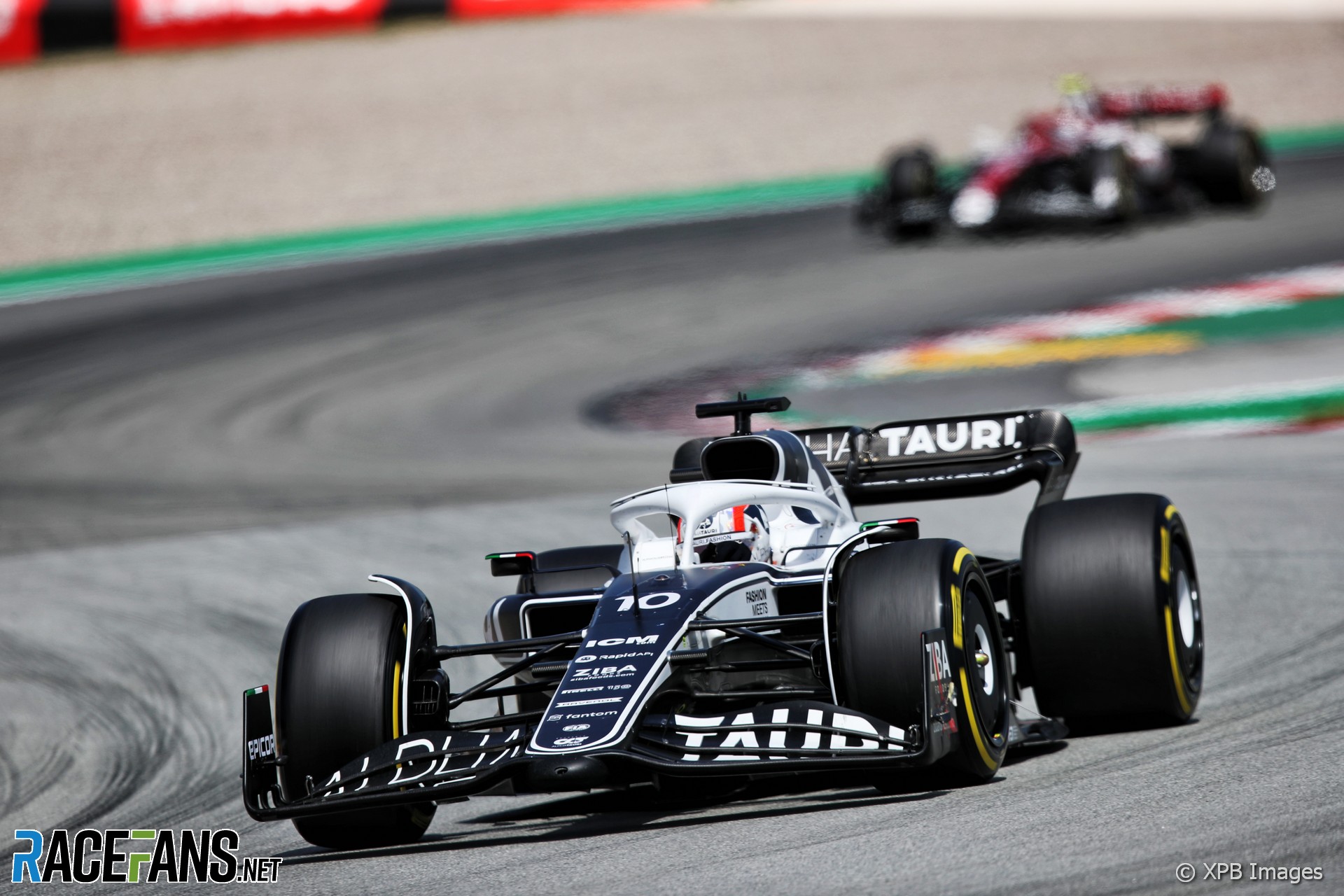 Pierre Gasly revealed he almost left the pit lane too late before the start of the Spanish Grand Prix because his team were concerned the temperature of his fuel.

Any cars which do not leave the pit lane at least 30 minutes before the start are required to start from the pit lane. F1’s technical rules also state that fuel intended for use in a can must not be more than 10C below ambient temperatures.

At the previous race in Miami both Aston Martin cars started from the pit lane as they were not released from the pits before the 30 minute signal due to concerns their fuel temperature was too low. AlphaTauri had similar concerns at the Circuit de Catalunya, Gasly revealed.

“We kind of laughed about it before the race, about this fuel story that happened in Miami,” he said. “And then we ended up in the same situation.”

The warmer than expected conditions at the track on Sunday are believed to have caused headaches for other teams, including Red Bull, as Max Verstappen and Sergio Perez also made late departures from the pits before the start of the race.

Gasly said he was worried he wasn’t going to leave the pits in time to be able to start the race from his grid position. He revealed he made it out by less than a minute: “I think like even 20 [seconds].”

“I’m not going to lie at some point I could see the clock and I was like, it would be great to go,” he added.

“It didn’t change the full race: I had a great start, didn’t have the best balance, but that wasn’t the reason. But it’s just a lot of things which can be improved.”

It was one of several problems Gasly encountered during the weekend. He missed all of final practice due to an exhaust problem and tangled with Lance Stroll during the race.

AlphaTauri “managed to sort everything out” before the start, said Gasly. “It’s a small thing, it doesn’t impact, but it’s just a small thing which we can avoid and gives like an easier time to all the guys.”