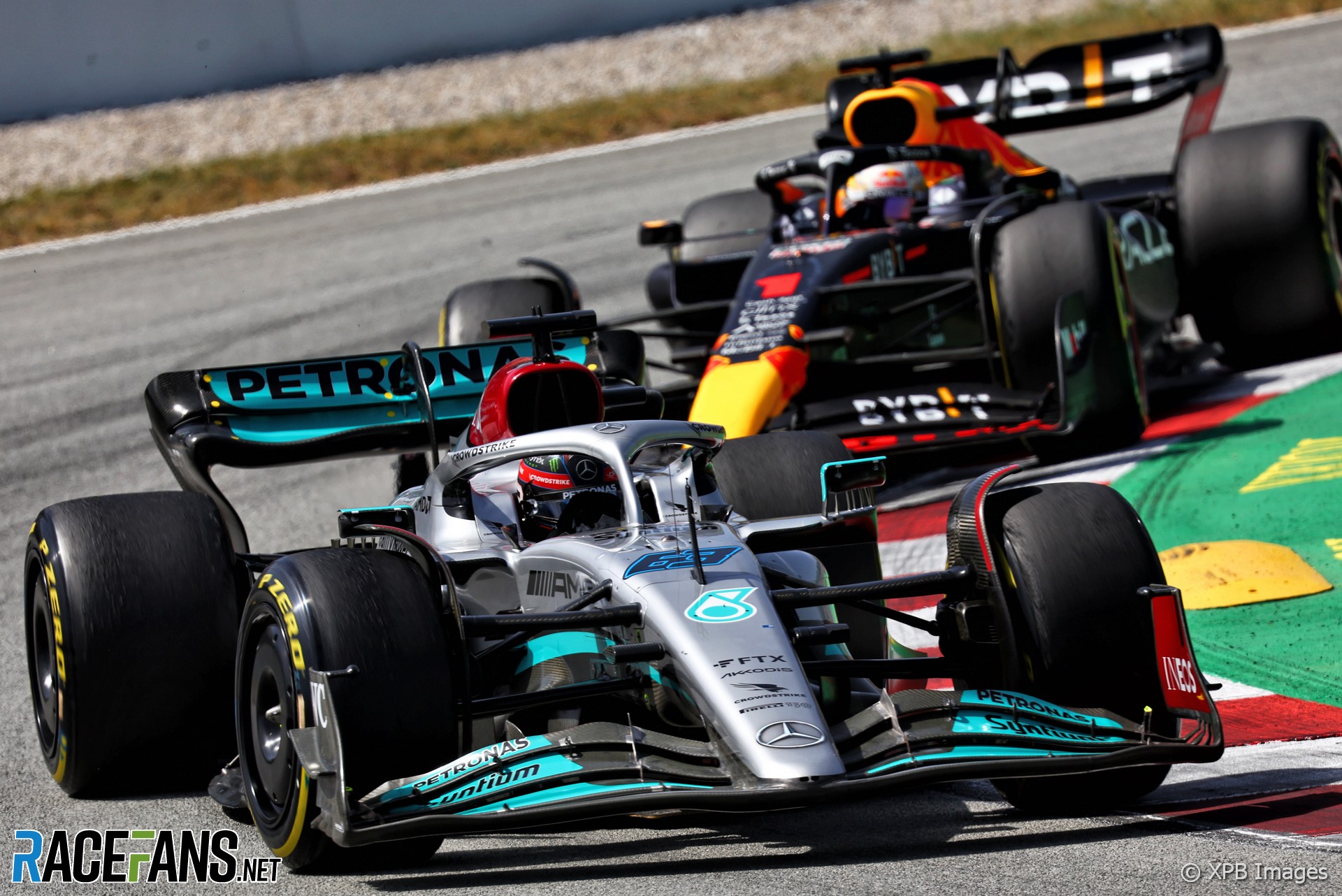 In the round-up: Red Bull team principal Christian Horner says his team’s recovery in the championship shows why the threat of Mercedes should not be underestimated.

Having lagged off the front-running pace in the opening races, Mercedes were quick enough to trouble Mercedes in Spain thanks to their latest upgrade.

Horner said he isn’t ruling them out of getting into contention for the championship, pointing out how Red Bull recovered quickly after a series of retirements in the opening rounds.

“That’s why I wouldn’t write off Mercedes with the amount of points still available. And we know Ferrari’s got a very quick car, so things can turn around very quickly.”

Mick Schumacher says Haas slipped up by sticking to a two-stop strategy in the Spanish Grand Prix. He failed to score after starting ninth.

“It’s unfortunate,” he said after the race. “We had a good start, we were in a good position. But the tyres just didn’t last as we expected them to.

“We probably then took the wrong decision in staying on ‘Plan A’ and not diverting to something else, which was then in that case a three-stop strategy. So quite gutting but we we will analyse it as a team and we Will come back stronger as a team.”

Schumacher ran as high as sixth at one stage before slipping to 14th at the finish.

“It was very fun to be up there with everybody and seeing that we had such a good start,” he said. “And obviously it was frustrating that we didn’t have the pace to stay there.”

A bag belonging to Sebastian Vettel was stolen in Barcelona yesterday morning following the Spanish Grand Prix, his Aston Martin team have confirmed.

“He tried to find it by using his iPhone to track his earphones which were in his bag,” an Aston Martin spokesperson explained, “but when he located his earphones he found them abandoned and was therefore unable to locate his stolen bag.”

Hearing some pretty bad stories from fans at #SpanishGP – people fainting from heat & stalls selling out of water as well as HUGE traffic issues. Also saw one story of a man running a hose for drinking water to a long queue..!

Did you attend? What was your experience? #F1

Yesterday was another day that reminded me just how much I love this sport. Going from your emotions hitting the floor to ending on a high is such a thrill. All of our hard work as a team is starting to pay off. Together we are making progress! Can’t wait for this weekend. pic.twitter.com/fsNLeocoap

'It’s pretty clear that qualifying this weekend was a disaster for us. We know the reasons why and we know what we need to do to fix these issues. For Monaco, if I do my job right, we should be in a good position.'

Assessing Will Power’s place in IndyCar and Indy 500 history: ‘He is doing a hell of a job’ (NBC)

'I’d just like to get one myself. It’s crazy, out of all the poles I’ve had, I’ve never had one here. I’ve had all these front rows here, too. That’s pretty funny.'

'Reigning IndyCar series champion Palou led with a top lap of 229.441 mph in the number 10 Ganassi. He was the pacesetter of four Ganassi team cars in the top five.'

'Perez had pitted his Red Bull on lap 37 for brand new mediums, and Verstappen did the same six laps later, which of course is approaching 10% of the race distance although I'm not entirely sure that constitutes a 'different race strategy' as Perez was informed when he was told to let him through for the victory.'

The look of disbelief on Palou’s face said it all. He laid down an incredible lap that looked like it couldn’t be beat. Then Dixon went out and crushed it!

Dixon is just so calm and collected his methodology reminds me of Schumacher in his precision and consistency. An incredible drive, those cars were fast but on the edge in the turns the whole time.

Honourable mention to Grosjean, he hung that car out there even though it was a handful. Can’t wait for the race it should be exciting.
Mark in Florida