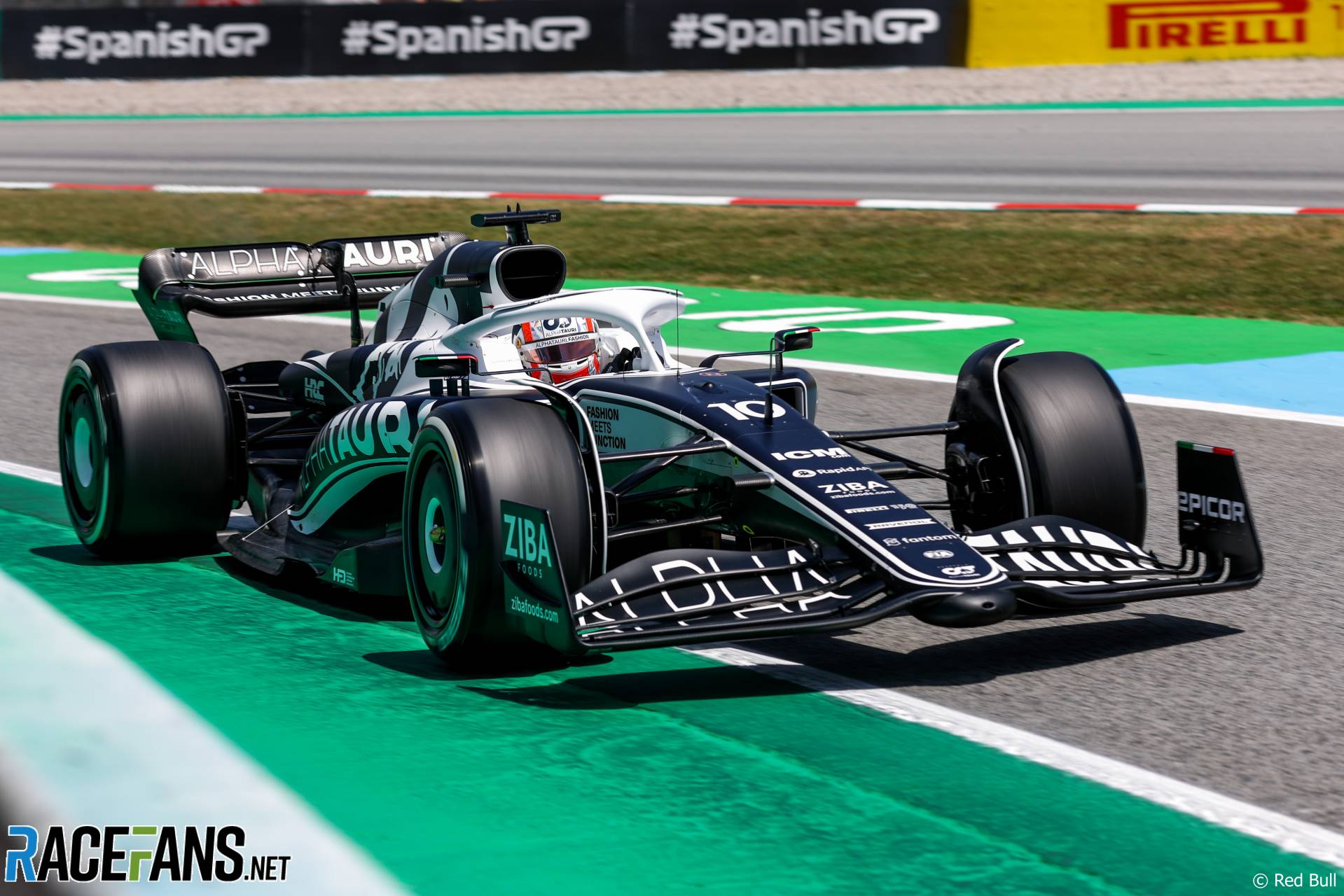 AlphaTauri need to get on top of their reliability problems, Pierre Gasly admitted, after his preparation for the Spanish Grand Prix was disrupted by technical problems on Saturday.

Gasly had to sit out the final practice session due to an exhaust fault on his AT02. It is the latest in a series of problems he and team mate Yuki Tsunoda have encountered since the season began.

This has come as a surprise to the team, said Gasly, as they encountered few problems in pre-season testing.

“We probably had the best winter test that this team ever had in all their history,” he said. “And so far since the start of the season, we’re struggling with reliability more than we’ve ever done before.

“I think it’s just these new cars, new regulations, we are always discovering new issues all the time. We know it’s one area where we’ve got to improve.”

The exhaust fault also appeared on Friday, said Gasly. Its recurrence yesterday led the team to perform an extensive rebuild of his car.

“Just for precaution we decided to take all the gearbox off and check all the parts,” he explained. “So still a very good job from the guys to put the car back together for qualifying.”

Losing an hour’s running in final practice left the team unsure how to set the car up, said Gasly.

“Considering where we were yesterday and the issues we had, we wanted to try quite a lot of things in practice three, which just didn’t happen. We decided to gamble a little bit in quali because the pace wasn’t there, just to try [and see if] the car would click, but it just didn’t happen.

“For whatever reason we’ve been struggling with grip, just a lot of sliding and it’s been very difficult, a lot more than other tracks. In terms of performance we’re very disappointed but that’s where we are and we need to understand exactly why the the car just doesn’t seem to work in these conditions, after the weekend.”