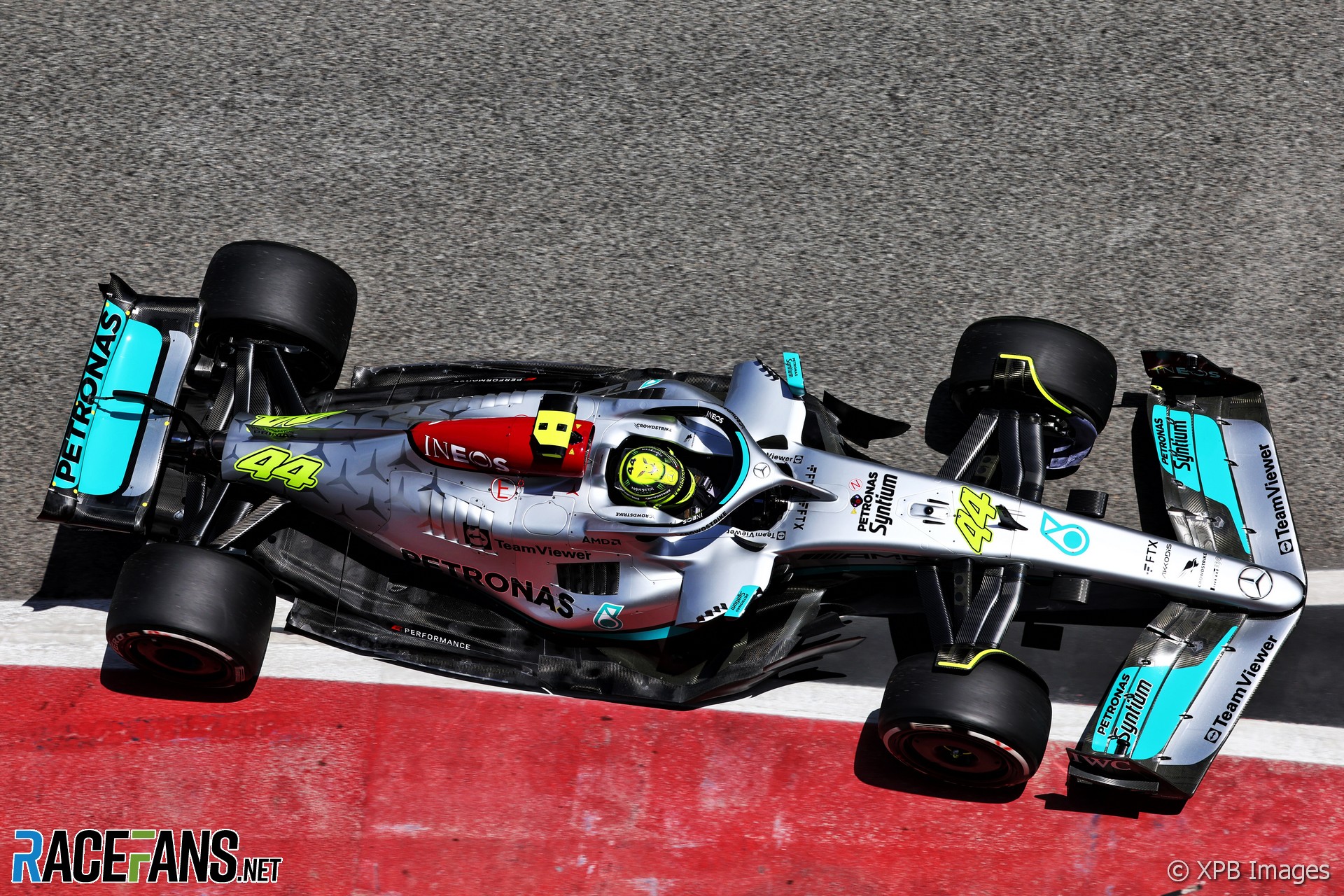 Mercedes say their Spanish Grand Prix update has clearly improved their W13, but the team is not yet sure whether it will stick with its current car concept.

The team brought a package of changes largely focused on the car’s floor this weekend. The W13 appeared to porpoise much less than before in Friday practice, where Lewis Hamilton and George Russell posted competitive lap times.

The pair praised the improvements made by their team after the session. “I’m glad they’re confident,” said the team’s technical director Mike Elliott.

“We felt like we made a good step forward yesterday. The car seemed a lot more settled, it did what we were hoping it to do.”

However he was wary of over-stating the gains the team had made. “We also looked quite quick on Friday in Miami so I think we’ll wait to see where we are in qualifying and the race and then we’ll know.”

The porpoising the team had suffered was preventing them from being able to run the car low enough to the ground to generate sufficient downforce. The team’s promising showing in Friday practice for the Miami Grand Prix gave them useful information on how to solve their problems with the W13, said Elliott.

“After Miami we went and had a very good look through the data, trying to understand what happened between Friday, Saturday and Sunday. There’s a few things came out of that.

“The package we brought here we’re definitely able to run the car in a position much more close to where we’d ideally run it. So there’s a chunk of downforce that comes from that. And the car just is a lot more settled.

“The drivers look happy now. The body language is coming from them that says they feel the car is a bit more like a race car. But until we get into qualifying and the race it’s difficult to know where we are.”

The gains Mercedes have found haven’t solely come from addressing the porpoising problem, Elliott explained. “There’s the sort of normal development of the car that you would do anyway and then I think we’ve done quite a bit of work to try and understand the bouncing effects, to work out how we best mitigate those. And this has definitely settled the car down.

“So we just need to see what happens now when we get into qualifying and the race and see how much of a step that’s brought us.”

Mercedes have pursued a unique development direction compared to their rivals, introduced radically slim sidepods to their car. Their early-season difficulties prompted speculation they may revert to a more conventional design.

Elliott said the team is still evaluating which is the better concept for their car. “It’s still a little bit too early to say.

“I think we’ve changed the car so much for this weekend we need to work out how we get the best out of it. We need to work out what more lap time there is in that and then do the assessment as to whether we think overall this is a better direction to develop in.

“And as I’m sure all my colleagues are facing, there’s a budget cap that’s quite constraining and as a consequence of that, we have to make good decisions about what we do for the rest of this year, but also what we do for next year.”

After the first five races, Mercedes are 62 points behind constructors championship leaders Ferrari, while their highest-scoring driver is 55 points off the lead. Elliott says there is still hope the team can get back into the fight.

“We wouldn’t be here otherwise,” he said. “I think that’s the nature of sport: Until it’s mathematically over, it’s not over.

“We’re not a huge distance behind. If we can get the car to a position where we’re competitive and hopefully out in front, then there’s every chance.

“But we’ve got to have a level of humility. [Red Bull] have made a really good start, Ferrari has made a very good start, and they’re not going to be easy to chase down.”