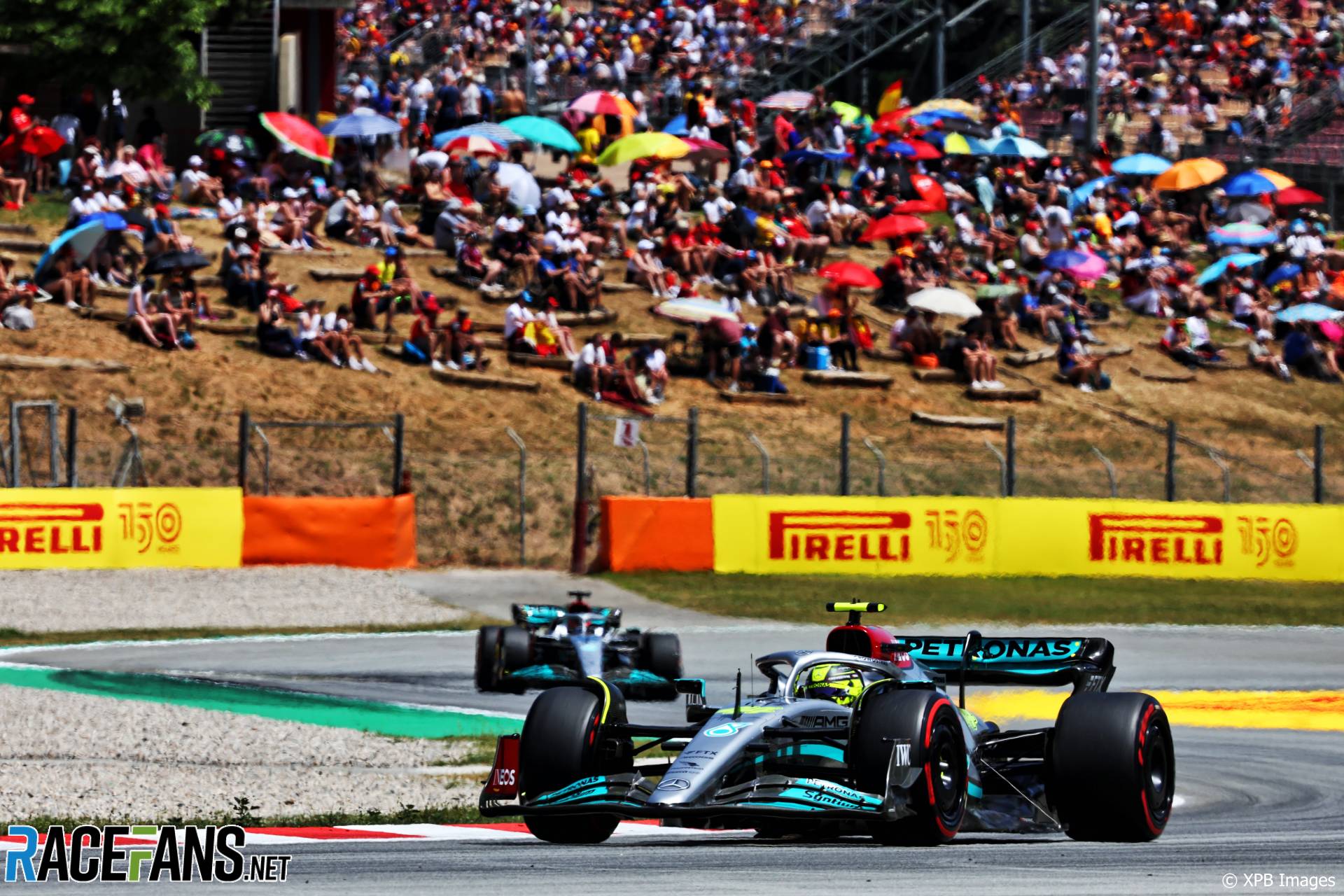 Lewis Hamilton praised the improvement Mercedes has made to its car at the Spanish Grand Prix.

However he admitted he is still not satisfied with the rear end balance in his W13.

Hamilton took sixth on the grid for tomorrow’s race, two places behind team mate George Russell, who was six-tenths of a second off the pace set by Charles Leclerc. The seven-times world champion said this showed the gains the team has made with the upgrade it introduced this weekend.

“We’ve now made this step and that’s something we’ve not seen for five races,” he said in response to a question from RaceFans. “Finally we’re seeing that step and we think we have a better idea of the direction we need to go.

“Now I’m just waiting for the engineers, the aerodynamicists, just to come through with some more bits for us to progress.”

The porpoising which has plagued the team since the season began is much improved, Hamilton confirmed.

However Hamilton admitted “qualifying wasn’t great for me” after Russell out-paced him by a tenth of a second. He apologised to his team on the radio after session, saying he was “struggling with rear end” in his car.

Despite the gains Mercedes have made this weekend, Hamilton is not dwelling on the possibility it could put him back in contention for the championship this year.

“I’m not really putting my mind to that,” he said. “I’m still way off.

“My team mate’s fourth so that means the car should be at least fourth, and I’m sixth. I’m struggling with the car. I don’t know how to get around that, I don’t know when I’m going to do it.

“But I will keep continuing to try and work hard and figure it out.”