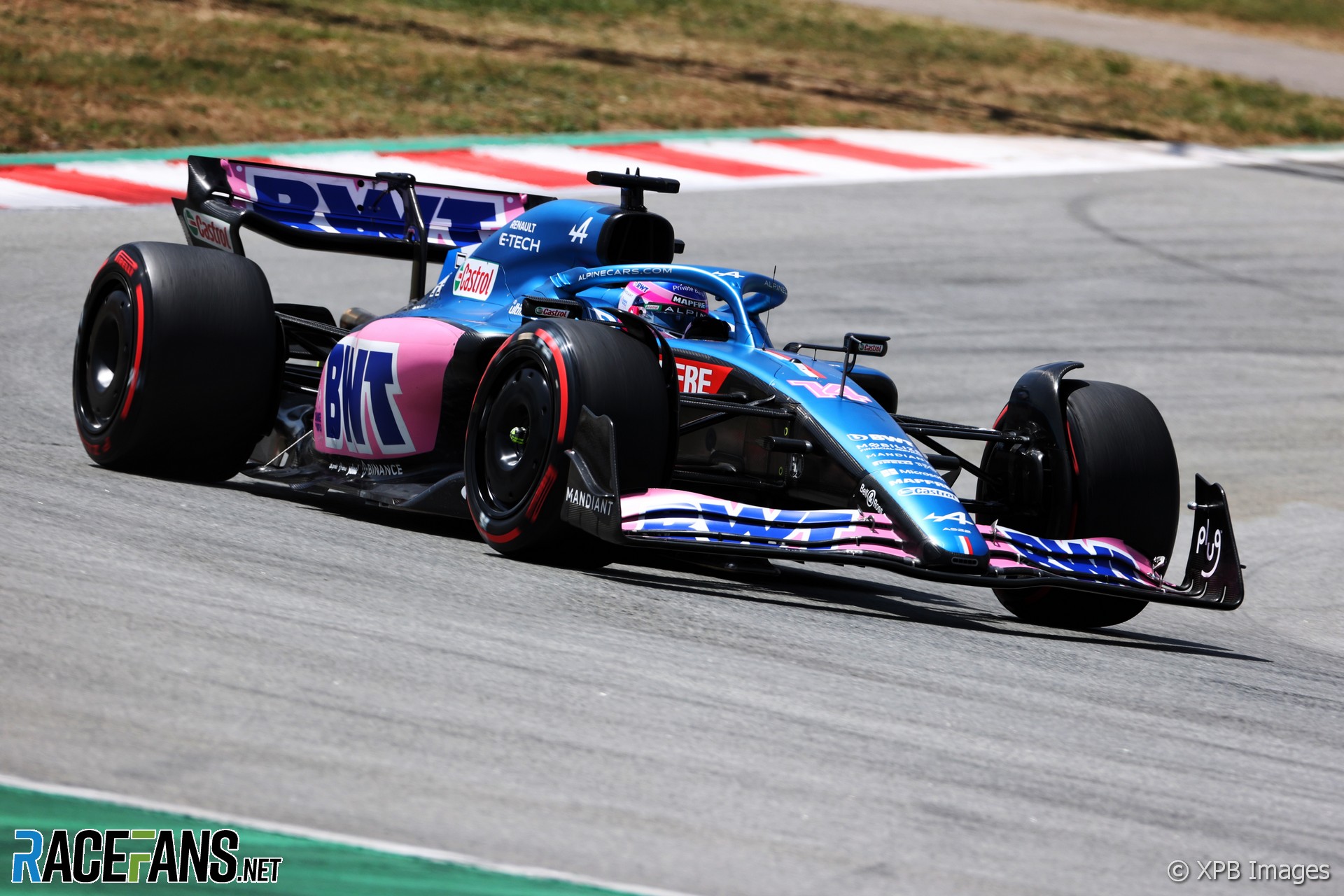 Fernando Alonso and Juri Vips have been given reprimands for getting in the way of other drivers during first practice for the Spanish Grand Prix.

The stewards acknowledged that reprimands have not previously been given for impeding incidents during practice, but that drivers had asked the FIA for them to be considered by the stewards.

Alonso was found to have unnecessarily held up Lewis Hamilton halfway through the first practice session.

“The stewards reviewed video evidence and determined that the driver of car 14 [Alonso] was driving slowly on the racing line between turn 12 and turn 13 and unnecessarily impeded car 44 [Hamilton], requiring car 44 to take avoiding action,” the stewards noted.

“Consistent with the drivers’ request for the stewards to enforce impeding during P1 and P2 this season, the stewards issue a reprimand (driving).”

Earlier today the Alpine driver strongly criticised the stewards’ decision to penalise him during the previous race in Miami. At the same event Alonso claimed he was impeded by Carlos Sainz Jnr during practice, though no action was taken against the Ferrari driver.

Red Bull Junior Team driver Juri Vips, who drove Sergio Perez’s car in the opening session, was also penalised for impeding another car. However the stewards acknowledged a technical problem with his car caused him to get in George Russell’s way.

“The team manager indicated that the team had provided the driver the wrong information having had a software issue,” they noted. “Thus the driver was following the team’s advice, but was certainly driving slowly on the racing line and forced car 63 to take evasive action thereby unnecessarily impeding.”

Both Alonso and Vips incurred their first reprimands of the season.