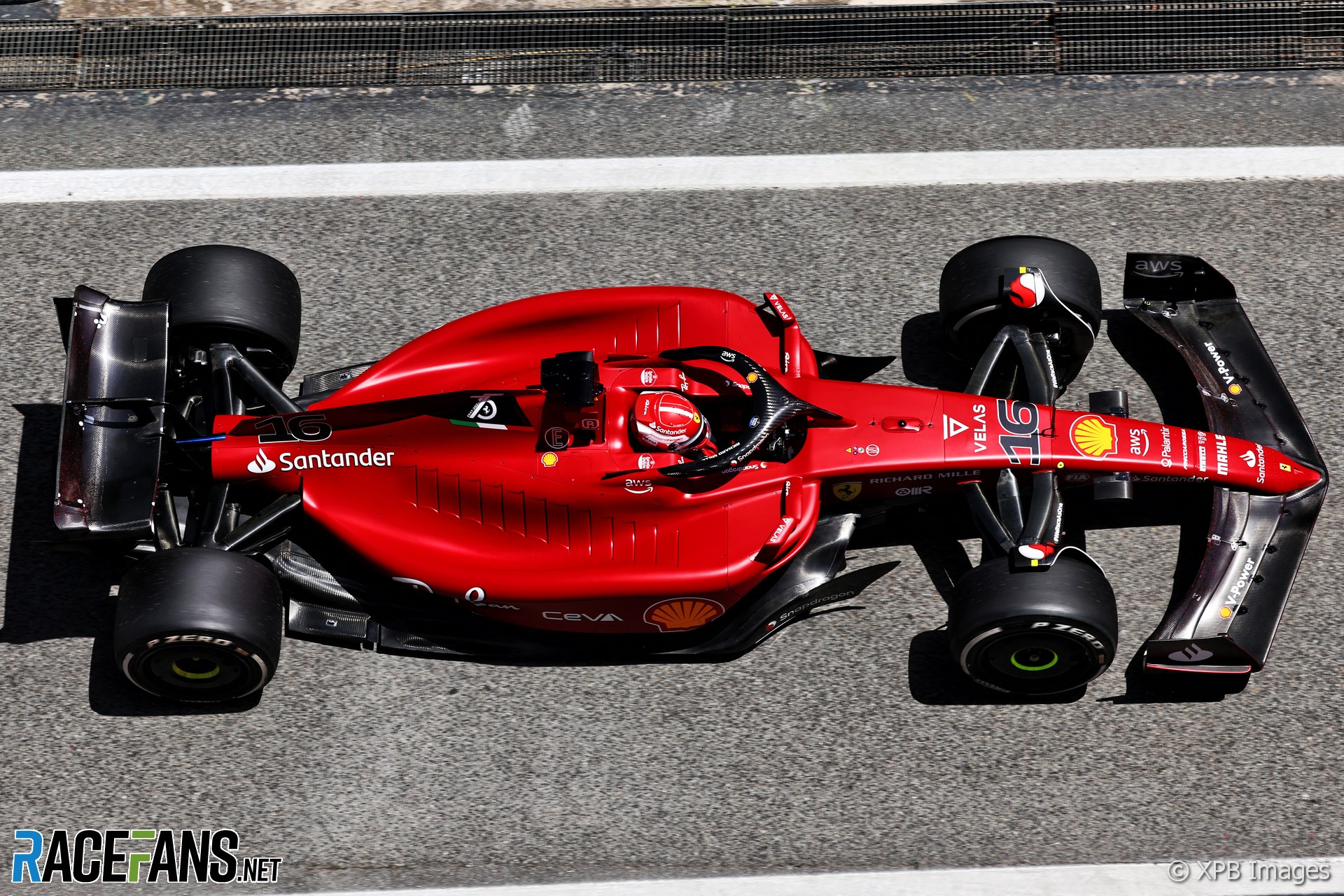 Charles Leclerc and Carlos Sainz Jnr put Ferrari on top of the times during the first practice session for the Spanish Grand Prix in Barcelona.

Championship leader Leclerc was less than a tenth of a second faster than team mate Sainz, with Max Verstappen third quickest in the Red Bull during a busy first hour of running.

Ambient temperatures were barely below 30C as the opening session of the weekend got underway. There were several unfamiliar names on the timing screens during the hour. Formula E world champion Nyck de Vries stepped into Alex Albon’s Williams, Formula 2 driver Juri Vips took over Sergio Perez’s Red Bull and Robert Kubica was given Zhou Guanyu’s Alfa Romeo for the session.

With teams having brought more upgrades to Spain than any other grand prix so far in 2022, it was not surprising to see plenty of track activity from the moment the lights at the end of the pit lane turned green.

With the warm track temperatures, the majority of drivers were sent out on the C1 compound hard tyres – the hardest in Pirelli’s range of five. Max Verstappen put his Red Bull quickest in the early running, pitting to swap between a different specification front wing for a back-to-back comparison.

Lewis Hamilton narrowly avoided contact with Fernando Alonso approaching turn 13 as the Mercedes passed the Alpine, who was on an in-lap. Hamilton had to take to the gravel to squeeze by Alonso, with the stewards announcing they would investigate the incident after the session.

Hamilton’s Mercedes team mate George Russell also had traffic trouble in the final sector, coming across Juri Vips through the long right hander of turn 12 with Russell audibly upset at the Red Bull over team radio.

In the second half of the session, teams opted to start running on the soft tyres. Ferrari used the faster rubber to good effect, with Leclerc setting a 1’19.828 to go quickest overall, with Sainz just under eight-hundredths behind his team mate. Verstappen’s best lap on the soft tyres was over three tenths slower than his championship rival in third.

Leclerc’s benchmark time lasted until the end, leaving Ferrari first and second at the top of the times through the first session of the weekend. Russell was fourth fastest in the Mercedes, four tenths away from Verstappen in third. Alonso was fifth, just fractions of a second ahead of Hamilton. Lando Norris, Pierre Gasly, Daniel Ricciardo and Yuki Tsunoda rounded out the top ten for McLaren and AlphaTauri.

Robert Kubica ended his afternoon in 13th ahead of Valtteri Bottas down in 17th place. Nyck de Vries was faster than Nicholas Latifi, the Williams pair down in 18th and 19th ahead of Vips, who ended his first grand prix session in 20th after long runs on the hard compound tyres.